Scrolling through my Twitter timeline, I spotted a tweet which reminded me of Madeleine Albright’s quote: “There’s a special place in hell for women who don’t support other women”.

The tweet came from @HunRealIssues - an account dedicated to enlightening the “hun” in our society about political issues. The account advocates for repealing the 8th Amendment, which in my personal view, is a necessity.  It tweets links to articles informing people about the Repeal campaign and, most importantly, how to get involved and contribute. 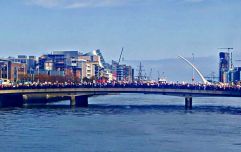 PICS: Here are some of the best signs we spotted at Dublin's March for Choice

END_OF_DOCUMENT_TOKEN_TO_BE_REPLACED

However, the tweet that caught my eye appeared to denigrate the 2017 Rose of Tralee for not giving her opinion on the 8th Amendment.

The tweet contained two images: the first, a pic from the Irish Independent of the Offaly Rose, Dr. Jennifer Byrne, with the by-line, “I’m not ready to talk about anything like that”, referring to the Rose’s dismissal of a question with regard to the 8th Amendment campaign.

The first image was then juxtaposed with a picture of a Malibu Stacy doll from the Simpsons with the caption “Don't ask me, I’m just a girl”. Alongside the pics was the hashtag #ImJustAGirl? 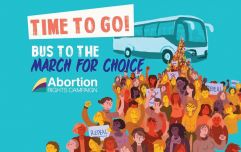 If you've no way of getting to Saturday's Repeal March in Dublin, this will definitely help

END_OF_DOCUMENT_TOKEN_TO_BE_REPLACED

It suggests that because Dr. Byrne didn’t want to speak about the 8th Amendment, at a photocall for the Rose of Tralee, that she might as well be a glorified human doll.

In an ideal world we would have every woman, or indeed person, in Ireland voicing their support for repealing the 8th Amendment, or at the very least informing themselves enough to have an opinion about it. But unfortunately that’s not where we are. 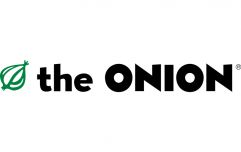 The Onion has taken aim at Ireland's abortion laws

END_OF_DOCUMENT_TOKEN_TO_BE_REPLACED

A lot of Irish people have not made up their mind about their vote yet. Many more, leaning towards the Yes side, have doubts about what happens after the 8th is repealed. I’ve had so many discussions about where will we draw the line when it comes to legislating for abortion e.g. in cases of rape and incest only, in the first 12 weeks, or later?

The people of Ireland need guidance in this referendum campaign, and unfortunately, a large share of this burden falls upon the Repeal the 8th campaigners to inform the voters. The No side, or the anti-choice brigade, will run a number of strategies, the simplest of which will be, “if you don’t know, vote no”.

We have to lead the Irish people through this referendum campaign, with the correct information, the right messaging and most importantly, understanding.

Just because a Rose has decided against expressing her private opinion on such a contentious issue, doesn’t make her a vacuous doll. Just because she is a doctor, doesn’t mean she owes us any duty to voice her opinion on a public stage.

It is a deeply personal issue, one that takes a lot of bravery to speak about.

Also remember that she’s a potential voter and, if she so chooses, a potential influencer in the campaign. The Repeal the 8th campaign needs all the help it can get.

So to HunRealIssues and other passionate campaigners, I ask you to channel your ire towards dispelling the myths of the anti-choice side and positively informing the electorate.

Maria Brosnan is a barrister and freelance radio producer from Kerry. You can follow her on Twitter or get in touch with her by clicking here.