'Passengers were vomiting and children were crying'.

People on board a flight in India have claimed that following a four-and-a-half hour delay, the pilot put the air-condition on the plane on full blast in order to force them off the flight.

Passengers were originally told there would be a 30 minute delay when initially boarding, before the length of the delay continued to grow and grow. 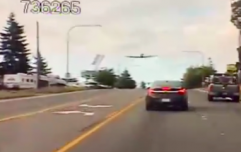 WATCH: Airplane forced to make an emergency landing on a busy highway

END_OF_DOCUMENT_TOKEN_TO_BE_REPLACED

One of the passengers told local Indian news outlet NDTV that "After boarding, we kept sitting inside the aircraft for one-and-a-half hours with no food or water at all."

"When passengers refused to deboard due to heavy rains outside, the captain put the air-conditioning blower on full blast to hound the passengers out. It created a scary scene as heavy fog was created inside the plane and it was very suffocating."

"AC on full blast to hound us out": Passenger of delayed Air Asia flight https://t.co/y0kPcqKuLI pic.twitter.com/2TwtaC1bKN 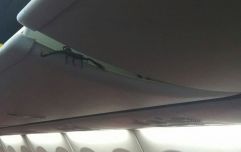 Huge scorpion spotted crawling out of overhead locker on plane

END_OF_DOCUMENT_TOKEN_TO_BE_REPLACED

A spokesperson for the airline Air Asia said: "[We] would like to confirm that flight i5583 from Kolkata to Bagdogra was delayed by 4.5 hours due to a technical requirement. AirAsia regrets the inconvenience caused to guests on account of this disruption and would like to reinstate that the airline always prioritises safety above all.

"It further said that there was no danger to any of the occupants on-board the aircraft as the cool conditioned air being circulated was condensing.

"This is a normal occurrence on-board all aircraft when the air conditioning is operated in high humidity conditions."

popular
Family of Ashling Murphy share heartbreaking tribute at Fleadh Cheoil
The JOE Movie Quiz: Week 166
The JOE Friday Pub Quiz: Week 306
QUIZ: Can you score 12/15 in this difficult General Knowledge Quiz?
QUIZ: Test your skills to the limit with this General Knowledge Quiz
One of the best Irish films of recent years is among the movies on TV tonight
Man in his mid-20s dies in two vehicle collision in Cork
You may also like
2 months ago
One of the funniest films of all time is among the movies on TV tonight
1 year ago
Irish woman wakes up on flight going completely in the wrong direction
2 years ago
25 jokes which make Airplane! one of the funniest movies of all time
3 years ago
Passenger opens emergency exit door on plane thinking it's the toilet
3 years ago
Airplane passengers left bleeding from ears and nose after cabin pressure mistake
3 years ago
Airline employee crashes aircraft stolen from runway
Next Page