In June of 2013 I was just your average 24-year-old guy who had returned home to Ireland from working abroad. I knew it was going to be a rough summer, and that my group of friends would really need each other for support as one of the lads was terminally ill with cancer.

What I didn't know was that my life was about to take a turn down a road travelled by roughly 50,000 Irish people. It’s a road riddled with potholes, sharp turns and no speed limit. Crashing is pretty hard to avoid.

My name is Éanna Walsh and later that summer I would experience a breakthrough manic episode resulting in a bipolar disorder diagnosis. My friends were sure they were losing not one but two of their best mates.

Within three months I had gone from being perfectly fine to being extremely unwell. The months that followed were some of the darkest, most painful and loneliest times of my life. I was heavily medicated which resulted in my personality being completely suppressed, I gained a lot of weight and was completely gripped by depression, anxiety and the utter fear of this happening to me again and again.

I grew up as a regular guy in Ireland and have been through some challenging times such as dealing with my adoption, losing a friend to suicide, my parents' separation and my mate Peter had cancer. All of the above were hard to deal with at times but I was always able to work through situations life tossed at me but this was different. In the past I was always able to pick myself up and move on.

I felt like I had died and people just seemed to brush over the fact that I wasn’t able to live my life freely. I felt horrible on medication alone and I was a shell of the character who existed before all this.

My clean bill of health is down how I have structured my life and the people who support me. The early months were not easy and it’s only now that I’m starting to relax into my own skin again. I had tried to get back on the career wagon roughly a year after my diagnosis and this is when the anxiety became so bad that I had to step back from a job which most would kill for. I had tried and failed. I wasn't able for the world anymore, or maybe I wasn't able for the world that I had always wished and worked for. Perhaps I’d have to just sideline my hopes, dreams and ambitions.

Screw that, I’d rather be dead. In May of 2015 I started training at the Performance & Fitness Academy between Naas & Newbridge in an effort to regain my previous energy levels and maybe feel okay about myself again. From there I joined Straight Blast Gym in Dublin the following September

My intention is to literally fight for Mental Health reform, awareness and show people that if you put in the hours, Mental Illness can be beaten. The day I joined SBG, John Kavanagh, who is Conor McGregor’s head coach, took a photo with me and a week later it was shared from the official SBG Facebook page with the following caption:

"Hey everyone, last week John & myself met for the first time. We spoke about mental illness & what can be done to help those who fight it every day. As somebody who is all too familiar with this fight I know how tough it can be. What I've learned over the past 15 months is instead of waiting for mental illness to strike first, you are a whole lot better off making the first move. Mental health can be conditioned & rebuilt just like you prep yourself for a fight or recover from a bad injury.

Mental & physical fitness go hand in hand so I'm very grateful to have SBG's backing for this fight! I have been working closely with Ann & some of the guys recently and I'm delighted to announce that I will be training as a complete rookie with a view to fight so I can raise some awareness and start a conversation about mental health. The campaign is called "Bare Knuckling Bipolar" & I'm looking forward to seeing where we can take this.” 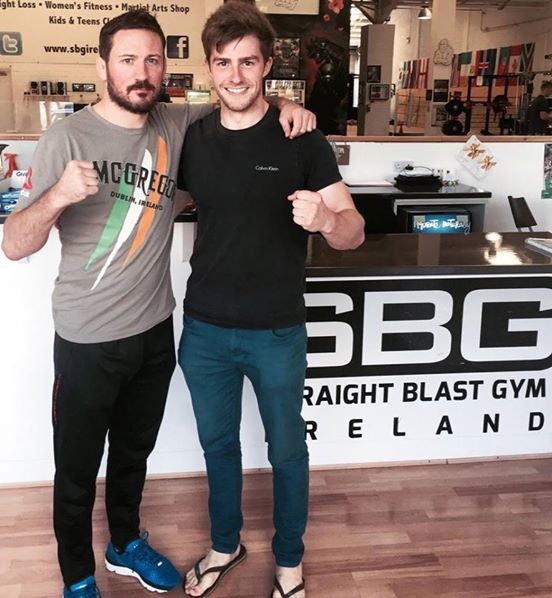 In the days that followed, that post was seen by 50,000 people and with that Bare Knuckling Bipolar was born. Since September 2015 we’ve used social media to start and sustain an engaging conversation about mental health. On the back of our efforts I was asked to speak at my former school. Right away some students came forward and have since sought professional advice

At the moment I am training as a part of the Wimp2Warrior camp at Straight Blast Gym & will fight in the National Boxing Stadium in August 2016. The entire training camp and fight promotion will be used as a platform to keep the conversation about Mental Health in Ireland alive. What makes Bare Knuckling Bipolar different to any Mental Health campaign is how we interact with our audience. Through social media we can produce content that holds people’s attention, interact with our followers and address questions and issues some people find hard to speak about. 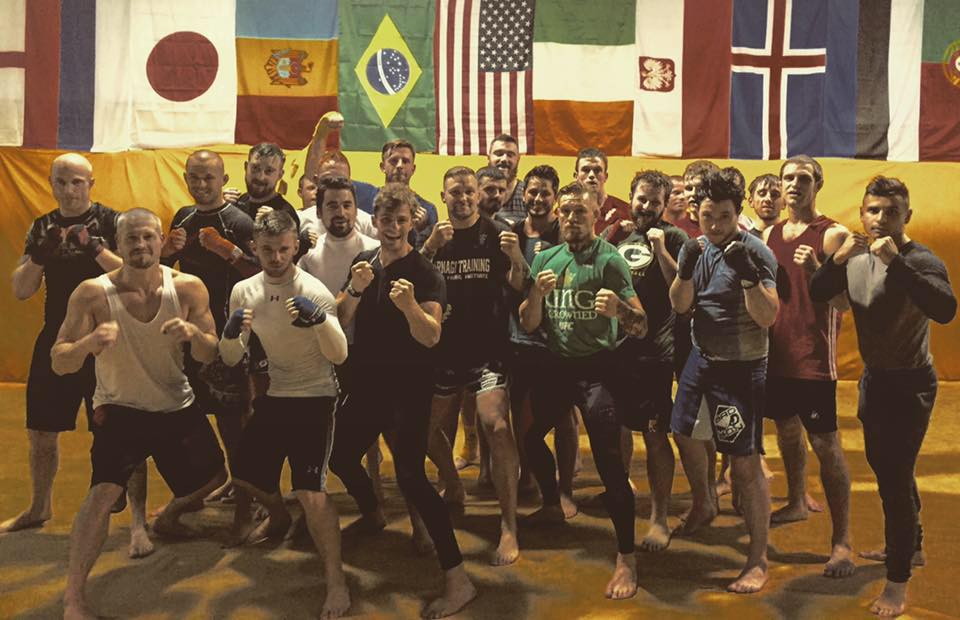 The name Bare Knuckling Bipolar may suggest an ethos revolving entirely around fighting but that isn't the case. Today, we have a range of team members from fighters to surfers, musicians to artists and everyone in between who all preach the same message whether they’ve had a run in with mental illness or not.

You can keep up to date with all things Bare Knuckling Bipolar through the Facebook page & follow my journey @eannaaah across social media.


popular
The JOE Friday Pub Quiz: Week 193
Greece opening up to tourists from 29 countries on 15 June, Irish tourists still banned
Here's Week 34 of JOE's 19 in 90 quiz
QUIZ: Try get 12/12 in this short general knowledge quiz
The JOE Movie Quiz: Week 53
Officer involved in the death of George Floyd arrested
The 50 most iconic songs of all time* have been revealed
You may also like
2 months ago
Conor McGregor responds to Paschal Donohoe’s calls to encourage social distancing amongst Irish public
1 year ago
Charges dropped in Conor McGregor phone-smashing case
1 year ago
WATCH: New footage released of Conor McGregor allegedly smashing fan's phone in Miami
1 year ago
Timing of Conor McGregor announcement is no coincidence
1 year ago
Leo Varadkar and Conor McGregor lead the way in Chicago St. Patrick's Day parade
1 year ago
Conor McGregor and Nate Diaz have once again teased a third fight between the two
Next Page