As this year's Cat Laughs Comedy Festival gets underway, Irish stand-up Fred Cooke talks about comedy heroes and the benefits of a job at Spar.

You know Fred Cooke: even if you don't know the majority of his work, you know him. He's on primetime TV most nights - appearing in the commercial breaks as the less-than-bright star of the current run of ads for Spar stores. 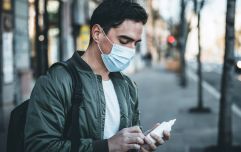 Aged 16 or older? Here's everything you need to know about getting your COVID-19 vaccine

END_OF_DOCUMENT_TOKEN_TO_BE_REPLACED

But there's a lot more to him than that. Fred is also an accomplished stand-up comedian who can be found popping up in various slots at this year's Cat Laughs Festival.

We're fans of the man here at JOE - so much so that he was shortlisted for a JOE.ie Man of the Year Award last year (for Rising Star).

We caught up with Fred as he packed his bag and prepared to make his way to Kilkenny.

JOE: So you’re heading down to that comedy Mecca known for much of the year as Kilkenny, but for one weekend known as the home of the Cat Laughs Comedy Festival. Looking forward to it, are you?

Fred: I really enjoy the buzz at the Cat Laughs. When you’re gigging in Dublin you don’t tend to get with the same level of international acts as you do in Kilkenny. The bigger stars either do Kilkenny or they perform at Vicar Street, and that tends to be it. 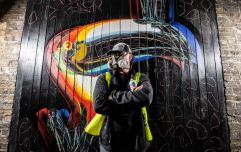 The Guinness Storehouse have launched an incredible new cultural experience

END_OF_DOCUMENT_TOKEN_TO_BE_REPLACED

There’s a real laid-back festival atmosphere. It’s different from being at the Edinburgh Festival because at Edinburgh it feels like hard work and there’s a slight sense of competitiveness. At Kilkenny you don’t get the reviewers as such.

JOE: You do a lot of warm-up shows at TV studios, to get the crowd in the mood before the filming of a show. Are you happy enough doing that? Don’t you crave the big TV audience too?

Fred: Warm ups are a bit of fun. The nice thing about doing warm ups for television is that you can be a bit bold. TV audiences can be very apprehensive – they’ve got all the cameras working away around them and occasionally pointing at them. It can all seem a bit contrived, but I get to break out of that and behave like a spoilt kid having fun. If the cameras are moving around while you’re doing your thing and they get in your way, then you just incorporate that.

JOE: You’ve also done a lot of gigging as the support act for one of your comedy heroes Ardal O’Hanlon – has a bond been built between the two of you?

Fred: I did his nationwide tour but I still gig with him on and off. I really enjoy working with Ardal – we get on well and it’s nice that when you’re off stage there’s no pressure to be funny. It’s a very laid-back great craic tour. 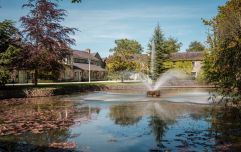 END_OF_DOCUMENT_TOKEN_TO_BE_REPLACED

JOE: So you’re pretty chilled when hanging out with your comedy heros, then?

Fred: Not always. I was over in New York two weeks ago and went to see Billy Elliot: the Musical. As I was walking out of the theatre, Robin Williams was walking out of the place next door where he’d been appearing in a show. He’d got his entourage with him but I managed to shake his hand and say hello to him.

I didn’t know what to say to him so I just said “I’m from Ireland and I love your work.” After I felt like an eejit, like I’d gone “Well Robin, haven’t you done well!” as if my praise really mattered.

JOE: Do you feel you should have been more funny? In fact, is there a pressure on comedians to be funny all the time?

JOE: I’m guessing your regular appearances on the Spar TV ads mean you get recognised when you’re out and about now. Is it annoying that a lot of people know you for those ads rather than for your stand-up work.

Fred: It’s fine. It’s nice because there’s a certain level of notoriety, and that’s a bit of fun. I went to Slane this year with my mates and a few people came up to me wanting a picture – and that’s all good craic. It was cool.

JOE: Those ads can be pretty lucrative, can’t they? I know one of the lads who was in a series of OXO TV ads back in the day and the money from one day’s filming set him up for the year. Is it still like that?

Fred: God no! These are different times. The Spar ads have been nice to me, but I can’t afford the house in Barbados just yet.

JOE: So looking at what’s going on at the Cat Laughs Comedy Festival, who are you looking forward to see?

Fred: There are a load of good acts on this year, as ever. Annoyingly, the times I’m on clash with quite a lot of shows I’d like to see.

I’d like to see Bo Burnham – he’s way beyond his years in terms of his comedy. He won the Comedian of the Year award on Comedy Central over in the States. He’s a big YouTube sensation who started putting his musical videos up when he was 15 or 16.

I wouldn’t mind catching The Horn Section – a brass ensemble who do improvisation. I’ve not seen them but I’ve heard a lot of good stuff about them and loads of people can’t be wrong. In fact there are a lot of really good musical acts this year.

Fred: I definitely want to go and see John Colleary. I think he’s the best comedian in Ireland at the moment. He’s up there on a level of his own.

JOE: And how about your act? What will Cat Laughs audiences get if they turn up to a Fred Cooke show this weekend?

Fred: They’re going to get a new show from me compared to the one last year. I’ve done a lot of touring and I’ll be doing a Greatest Hits version of that – everything condensed down to 25 minutes.

There’s a lot of storytelling about stuff that interests me at the moment, like Irish awkwardness and finding a resolution to it. Stuff like the problems the Irish have with silences and the way we say the first thing that comes into our heads to get rid of that silence. I also look at the awkwardness of the Irish language. There are a few songs as well.  I don’t want to go over my time, so I keep it short enough.

The Cat Laughs Comedy Festival runs across the Bank Holiday weekend until 6 June. For tickets and information go to thecatlaughs.com

The Big Reviewski || JOE · M. Night Shyamalan, Alex Wolff & Thomasin McKenzie talk about their new creepy thriller Old
popular
Netflix has quietly added 12 great movies to their library today
The JOE Movie Quiz: Week 113
HSE says vaccine registration should open for children aged 12 to 15 in next two weeks
QUIZ: Test your all round wisdom with this general knowledge quiz
The JOE Friday Pub Quiz: Week 254
6 incredible outdoor experiences in Kildare you need to do this summer
10,000 people were vaccinated at walk-in centres yesterday
You may also like
1 month ago
Guinness announces launch of Guinness 0.0, “the Guinness with everything, except alcohol”
1 month ago
Going to the pub while off work sick is not a sackable offence, UK judge rules
1 month ago
KFC to launch chicken fillet roll for limited time only in Ireland
2 months ago
Declassified Russian footage of the largest nuclear bomb ever tested goes viral
2 months ago
The Matt LeBlanc as every Irish auld lad meme has gone global in a big way
2 months ago
Gillette to eliminate over 60,000 kgs of plastic with new eco-friendly upgrade
Next Page