This Irish guy had the freakiest Tinder experience in Dublin

What are the chances?

There are a lot of people on Tinder and we live in a pretty small country so it's never that unusual to find out you have friends in common with a potential match.

It's handy in ways, you can tell a lot about someone from their friends and you can also have a quick creep on them by going through your friend's friend list. 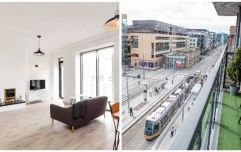 END_OF_DOCUMENT_TOKEN_TO_BE_REPLACED

Don't worry, everyone does it.

A Dublin guy called Conor Galvin was on Dermot and Dave on TodayFM this morning and he had a story to beat all Tinder stories.

Conor was on Dublin Bus when... you know what, let Conor himself tell you what happened. Press play on the clip below.

Conor from the #DermotAndDave show had the maddest Tinder experience last night, was the guy who swiped left blind?! pic.twitter.com/0KuacpQCMB

The poor fella. What are the bloody chances though?

The Big Reviewski || JOE · The Big Reviewski with Y: The Last Man, that Malignant ending & a secret streaming service
popular
The 50 most iconic songs of all time* have been revealed
PICS: The man with the biggest penis in the world has one unbelievable problem with it
"One person's rent is another person's income" – Varadkar rejects calls for three-year rent freeze
You could be shopping in an Aldi store with no checkouts in Ireland in the near future
Almost 25 years on, one of the stars of Face/Off tells a personal Nic Cage story
Government announces special €1,860 payment for laid-off workers during pandemic
People think they've figured out the ranking of the viewers on your Instagram Stories
You may also like
2 days ago
Gardaí arrest woman (18) on suspicion of serious assault of a man (30s) in Limerick
5 days ago
Take a look inside the five most expensive homes sold in Dublin this month
1 week ago
Missing person search stood down after body of a woman found in River Dodder
2 weeks ago
Pedestrian seriously injured after road collision with truck in Dublin
3 weeks ago
Ireland's population has topped 5 million for the first time since 1851
3 weeks ago
Dublin Airport apologises for "lengthy queues" at security on Sunday morning
Next Page