Her son only realised what he had been eating out of after he had finished the dinner.

When someone has gone to the trouble of making you dinner, you should appreciate it in whatever form it comes, but it was only after he had eaten a dinner made by his mother that one JOE reader’s eyebrow was raised on Tuesday evening.

It’s not unusual to eat food from a foil tray – particularly meals cooked in a foil tray in an oven – and the JOE reader in question gratefully ate his chicken, leek and vegetable pastry pie from the tray as it was served.

END_OF_DOCUMENT_TOKEN_TO_BE_REPLACED

It was only when he got to the end of the meal that he realised the tray had been used for a previous purpose and it certainly wasn’t for eating out of; the fairly prominent layers of dried paint of a grey colour around the edges are a dead giveaway. 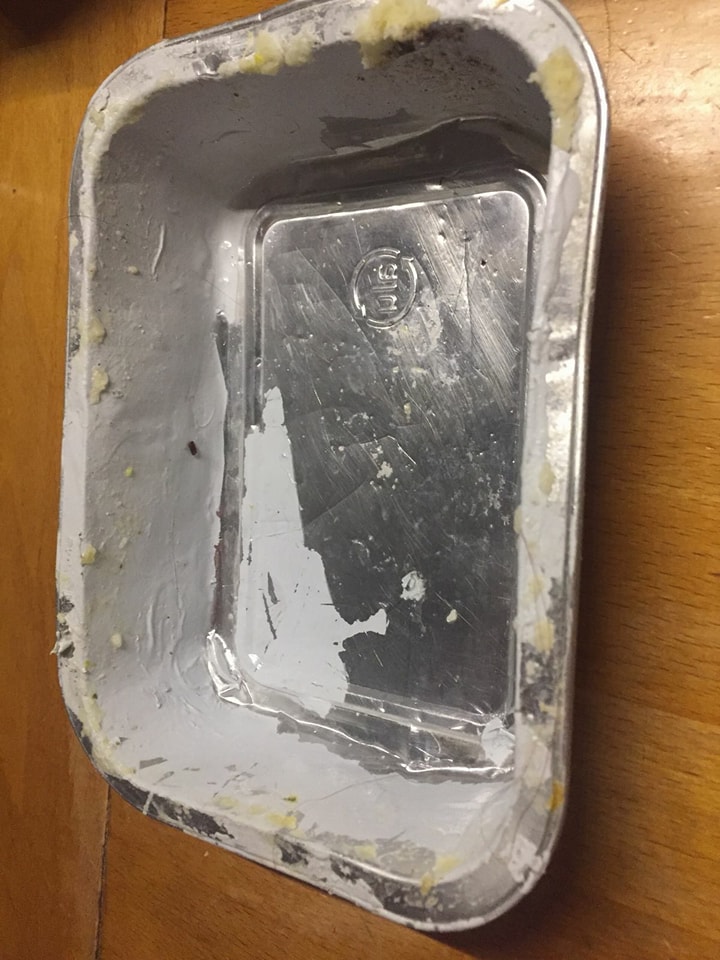 We’re glad to report that the JOE reader in question is perfectly fine, although he did see fit to say ‘been nice knowing’ you in a WhatsApp conversation with a friend to whom he described his dining experience. 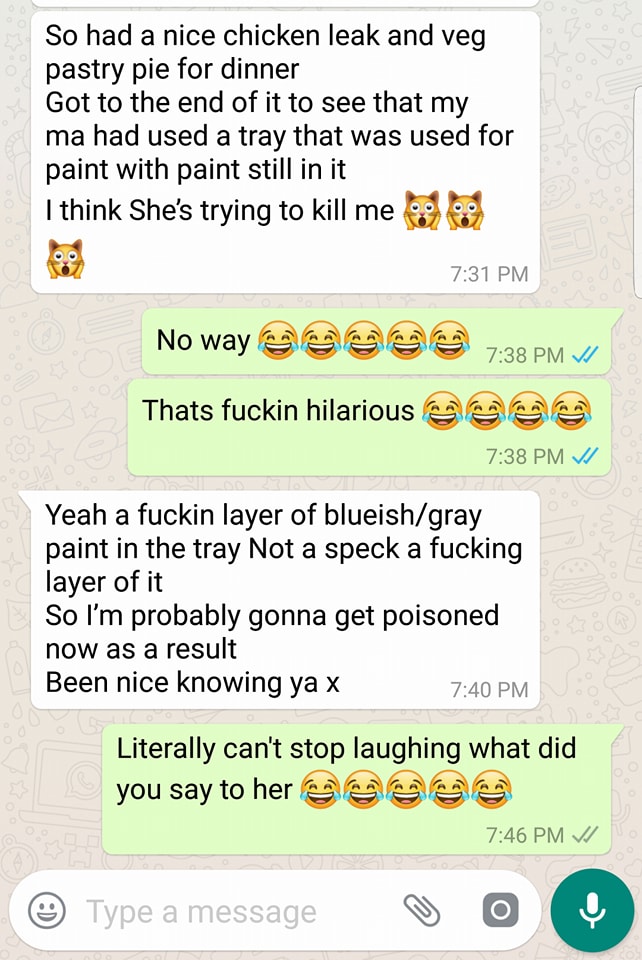 Stick it in the dishwasher and use it again, be grand.

Cheers to the two anonymous JOE readers who sent this our way. If you have something you would like to share with us, send it to editorial@JOE.ie or hit us up on Facebook or Twitter.

popular
Katherine Ryan says famous TV star is a ‘predator’ and everyone in industry knows
Angle grinder used to steal safe from security van in Dublin
20 years ago, one of the best sci-fi movies of the 21st century was a box-office bomb
QUIZ: Only the sharpest will get 100% in this General Knowledge test
The JOE Friday Pub Quiz: Week 322
The JOE Movie Quiz: Week 181
Man fired for not being "fun" at work wins legal battle, nobody has to be fun now
You may also like
3 months ago
Massive 130ft superyacht sinks off the coast of Italy
5 months ago
Johnny Depp case: Man who went viral on TikTok claiming to be a juror admits it was a 'prank'
8 months ago
WATCH: Russian soldier loses fight against door
10 months ago
Video shows Taiwanese army practicing urban warfare in front of mock Dublin pub
1 year ago
Priest blesses local nightclub in the most Donegal thing imaginable
1 year ago
Make "No Bones" about it - this dog has taken over TikTok
Next Page