That figure doubles when social distancing guidelines are reduced from two metres to one metre.

More than one in five Irish people say they feel ‘very uncomfortable’ at the prospect of returning to a pub when they begin to reopen from next week.

Pubs and hotel bars operating as restaurants will be permitted to open from Monday (29 June) as per the government roadmap for reopening society and business in the wake of the Covid-19 pandemic.

END_OF_DOCUMENT_TOKEN_TO_BE_REPLACED

As of now, all pubs will be permitted to reopen on 20 July when the fourth and final phase of the government roadmap comes into effect and when indoor gatherings of up to 100 people will also be permitted.

According to a survey by the Central Statistics Office (CSO), however, the prospect of going to a pub or bar, even with a two-metre social distancing requirement in place, would make just over one in five Irish people (21.3%) feel ‘very uncomfortable’.

Just under two in five people (39.5%), in fact, said they would feel ‘very uncomfortable’ if social distancing was reduced from two metres to one.

Guidelines released by Fáilte Ireland on the reopening of pubs recently suggested that a distance of a minimum of one metre should be maintained in pubs where two-metre social distancing was not possible.

There is less concern about the prospect of going to a restaurant, with 12.9% indicating they would feel very uncomfortable being in one with two metres social distancing and 28.7% with one metre social distancing.

The CSO survey collected information on how comfortable or uncomfortable Irish people feel about a range of activities in public as restrictions are eased in the coming weeks.

Elsewhere, for example, the survey revealed that more than four out of five people (82%) would feel uncomfortable or very uncomfortable attending a large outdoor event with no social distancing. 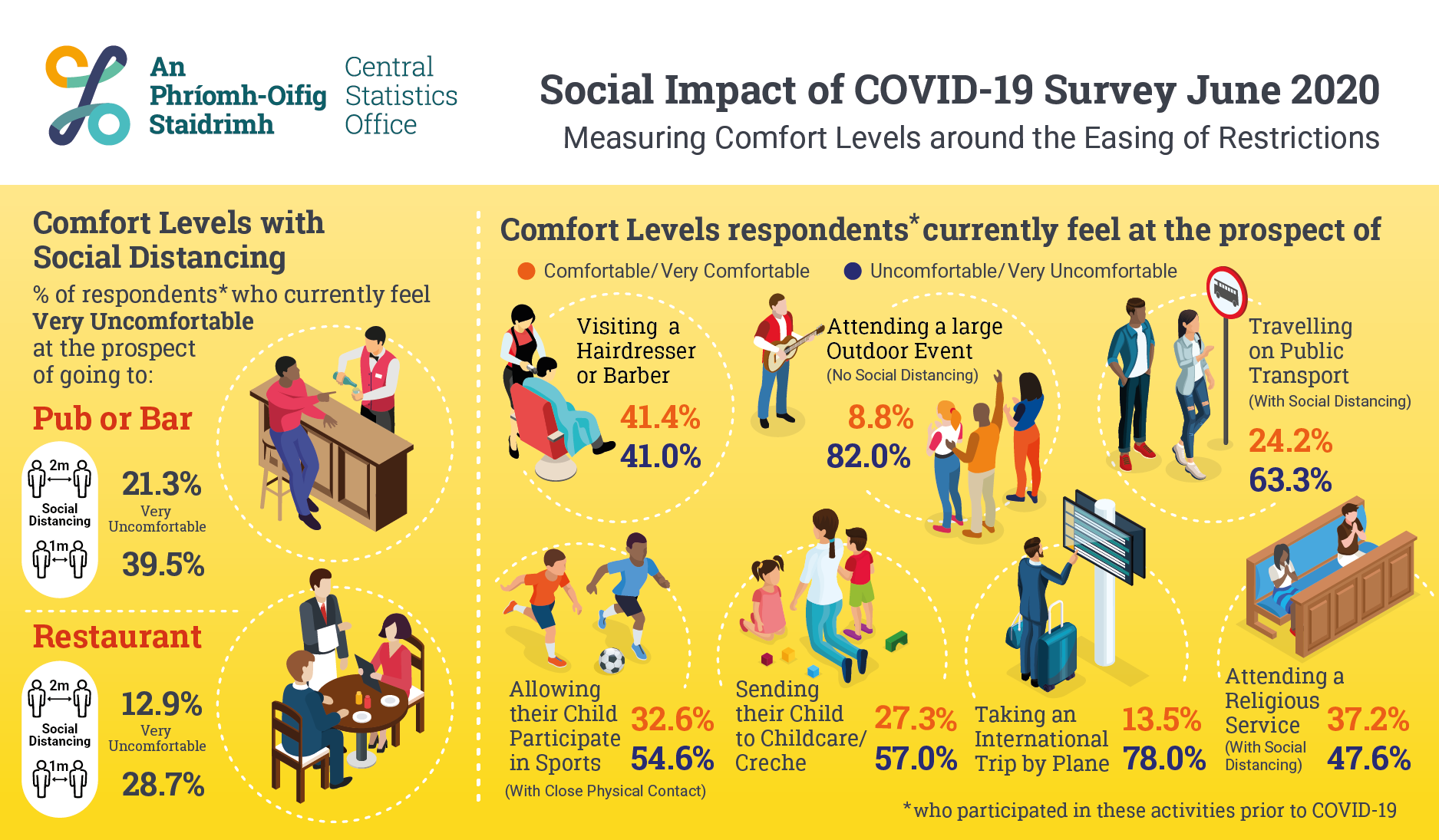 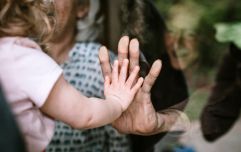 Controlling Covid-19 is once again in the Irish people's hands

END_OF_DOCUMENT_TOKEN_TO_BE_REPLACED

Just under three in five parents (57%) reported feeling uncomfortable or very uncomfortable sending their children to childcare or creche, with a similar figure (63.3%) said they would be hesitant about the idea of travelling on public transport.

With hairdressers and barbers due to reopen next week, meanwhile, almost half of women (47.3%) said they were comfortable about the prospect about paying them a visit, compared to one in three men (34.9%).

The results of the survey can be seen in full here.