Don't give up on the apps just yet.

An Irish woman who took a 13-hour flight to meet her Tinder match has now had a baby with him.

According to the Irish Mirror, Clodagh O'Sullivan, 22, matched with American Brady Elliot, 25, while he was waiting to fly from Ireland back to Hawaii, following his trip to the UK in July 2019. 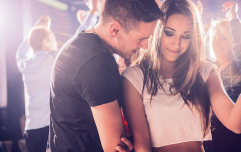 END_OF_DOCUMENT_TOKEN_TO_BE_REPLACED

Brady said he was “pretty obsessed with her from the get-go, even though it seemed a bit silly to keep texting someone two oceans away”.

Clodagh, from Dingle, said: “I couldn't really see his photos on Tinder so I wasn't that interested, but he then sent me a funny meme from the Office and it made me laugh.” 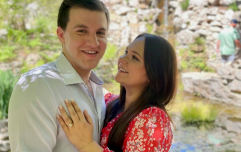 Woman sat outside her ex's apartment until they matched on Bumble

END_OF_DOCUMENT_TOKEN_TO_BE_REPLACED

The singletons didn't get a chance to meet before Brady took off, but they started messaging in August and spent hours on FaceTime together - feeling an "instant connection" with each other.

After three months of calls, musician Brady convinced bartender Clodagh to catch a flight 7,000 miles to Hawaii, where Brady was stationed as navy marine medic. He said meeting her at the airport was “the most nerve-racking day of my life.”

Clodagh added: “Even though we had spoken on FaceTime, I was still very unsure. But I spoke to his friends and family which helped put me at ease. I was so nervous on the flight thinking: 'What am I doing here?'”

Clearly, the risk paid off, because both Brady and Clodagh said they considered each other “the one” as soon as they saw each other at airport.

The pair liked each other so much, in fact, that Clodagh ended up extending her trip by an extra week, and even returned to spend Christmas and New Year with Brady's family in Florida.

Covid obviously ruined some travel plans for the couple, but they still managed to visit each other multiple times over the course of the next two years, before their relationship reached new levels.

On a trip to Jamaica and America in October 2021, Clodagh fell pregnant.

Determined to keep their true love alive and start a proper family, Brady packed up and moved to Dingle to be with Clodagh. In October 2021, the couple welcomed their now-11-month-old-son Jamie.

Clodagh said that, while the couple didn't plan to have a baby, it was “the best surprise”.

She said: “Since Jamie was born, Brady has moved to Dingle, and we've got a house together. I never thought anything like this would ever happen. But things felt right with Brady, and I had to follow my heart.”

Speaking about his new life in Dingle, Brady said: “Living in Ireland is amazing - I never would have imagined living in a different country. But living here with her and our little baby boy is the most surreal thing I will ever experience, and I love every second of it.”

popular
Jackass star Bam Margera reportedly hospitalised with pneumonia and put on ventilator
The JOE Friday Pub Quiz: Week 324
The "eighth best movie ever made" is among the movies on TV tonight
A Place In The Sun's Jonnie Irwin takes son to see Santa after terminal cancer diagnosis
15 years ago, one of the greatest scenes of the 21st century arrived in cinemas
Jennifer Lawrence sparks controversy by saying she was the first woman to lead an action movie
Here's the line-up for tonight's episode of The Graham Norton Show
You may also like
1 month ago
Cher, 76, confirms relationship with man less than half her age
9 months ago
Tinder Swindler now has a legit job making $30K in three days
1 year ago
RTÉ is looking for singletons to take part in its new show The Love Experiment
1 year ago
Sexy Beasts review: Maybe I just don't understand real life anymore...
1 year ago
Netflix's new dating show Sexy Beasts looks absolutely wild
1 year ago
EXCLUSIVE: RTÉ is looking for people to join a new celebrity dating show
Next Page