Irishman creates WhatsApp group and adds ladies that he wants to be his 'summer girlfriend'; it backfires

Don't mess with these ladies.

While the age of the Internet has been incredibly beneficial for all aspects of life, one of the negative traits associated with the fact that the majority of people are on social media is the level of anonymity that it offers.

Basically, people can be incredibly rude to other people and hide behind their keyboard while doing so. 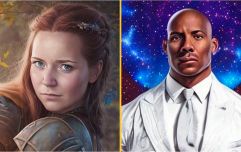 END_OF_DOCUMENT_TOKEN_TO_BE_REPLACED

Sadly, this is prevalent in the rise of Internet trolls and cyber bullying, but we've also seen various circumstances where people aren't being very mannerly when it comes to dating.

For example, there's this arsehole who felt the need to call a woman fat on Tinder. Sadly, that type of thing is not uncommon.

On a similar note, a JOE reader who wishes to stay anonymous sent us in these screengrabs of a WhatsApp group that she was randomly added to by a fella that's looking for a 'summer girlfriend'.

This lady wasn't the only woman who was added to a group that's very creepy in its origins. This being said, the story does have a happy ending as the girls all rallied together and have become newfound friends.

Here's what unfolds in the WhatsApp group after this man asks for a 'summer girlfriend'. 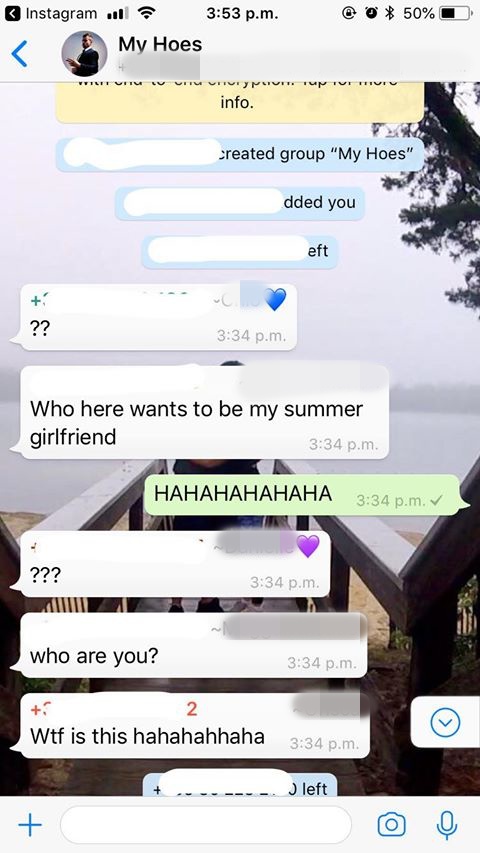 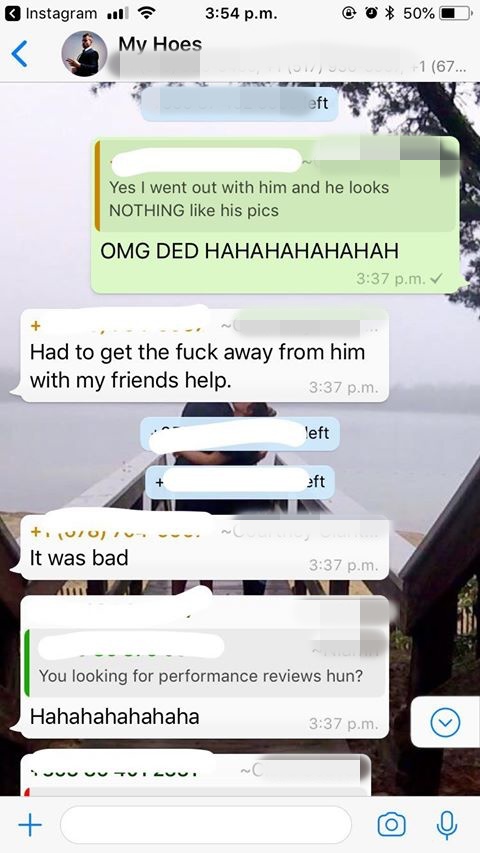 This strange scenario actually brought this group of girls closer together. 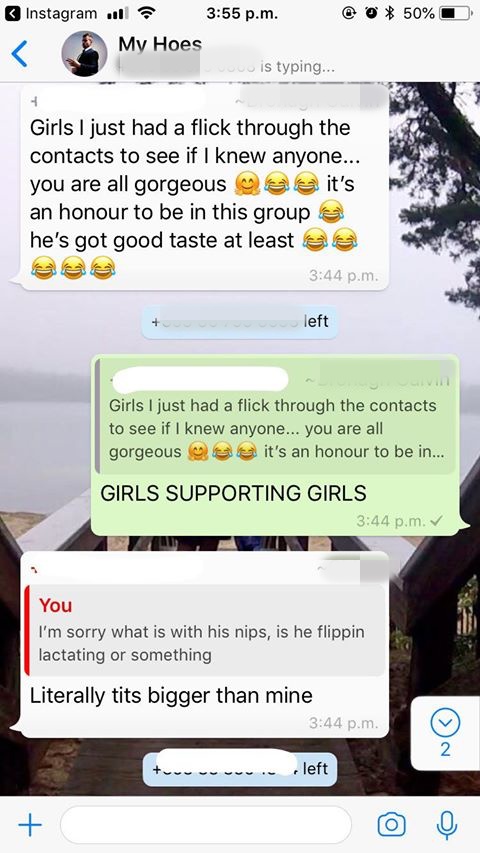 This newfound friendship is getting stronger. 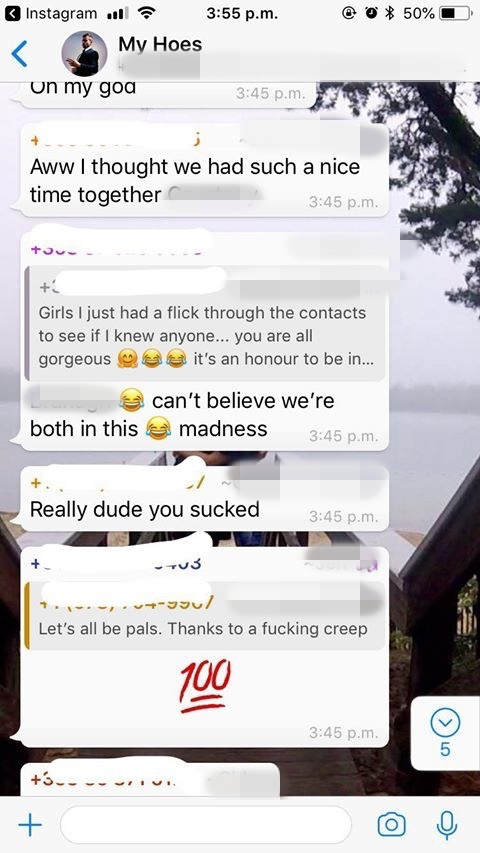 The ladies are even making plans to meet up for a drink. 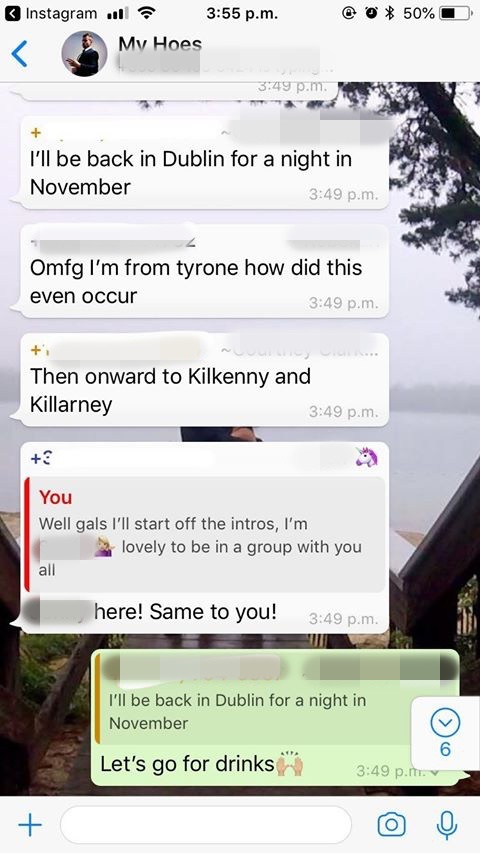 In a last desperate roll of the dice, this man asks these ladies if he can come along. Their answer? 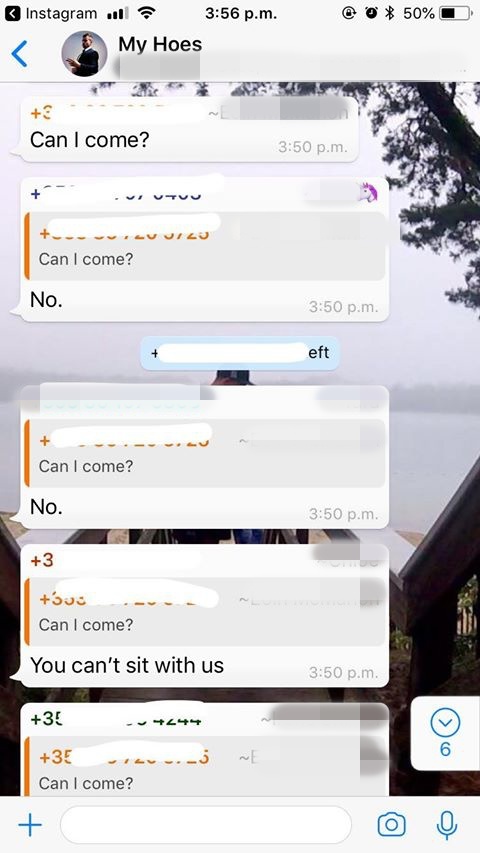 Yep, this man messed with the wrong ladies. 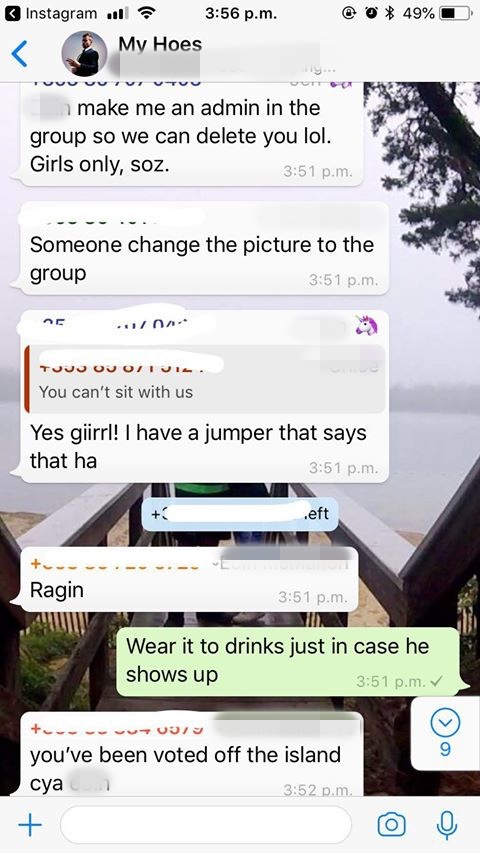 After this strange ordeal, the girls went and created their own WhatsApp and Instagram groups - obviously without the pretty creepy lad that brought them all together - and they're still very close.

A nice end to a story that had the strangest start. 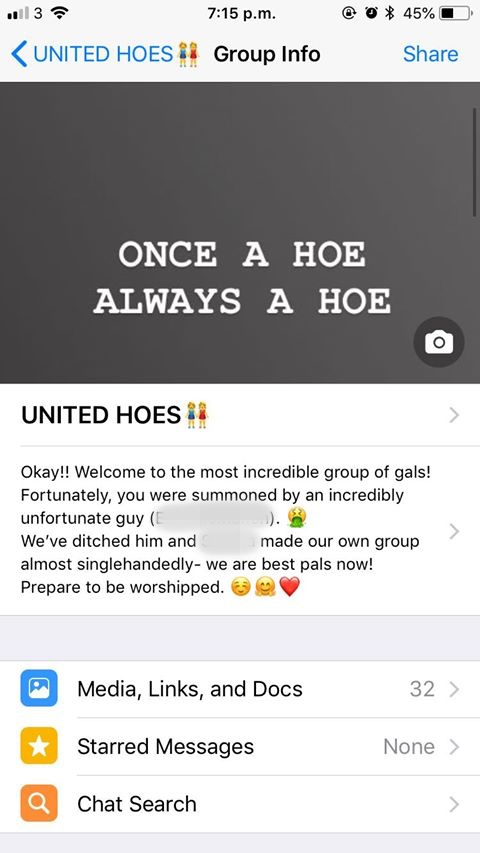 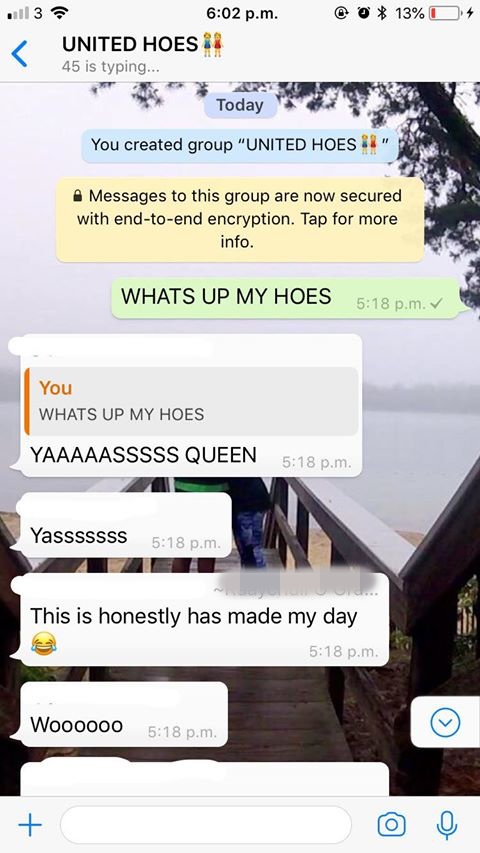 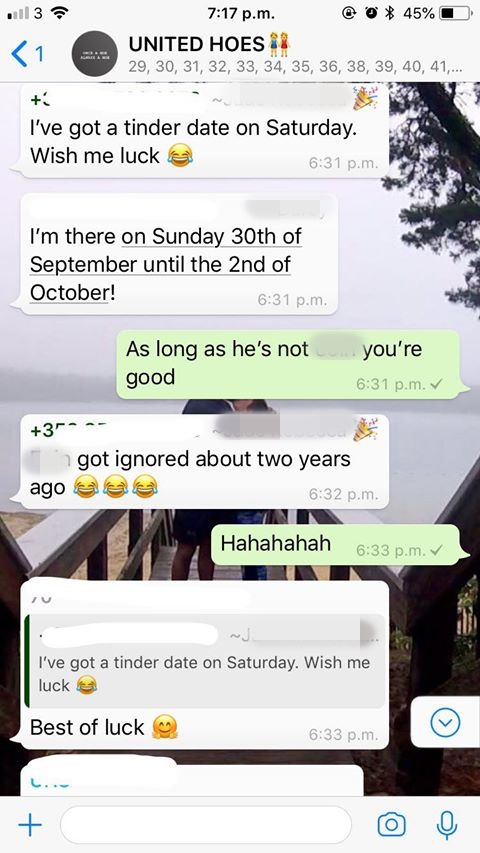 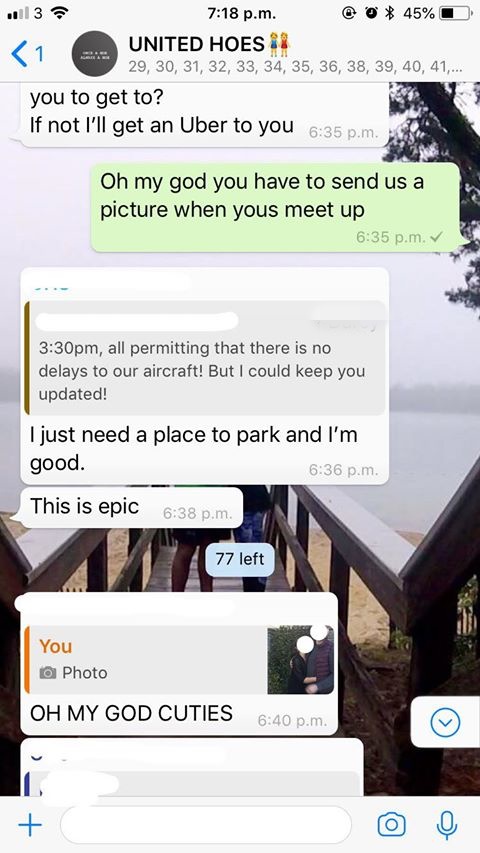 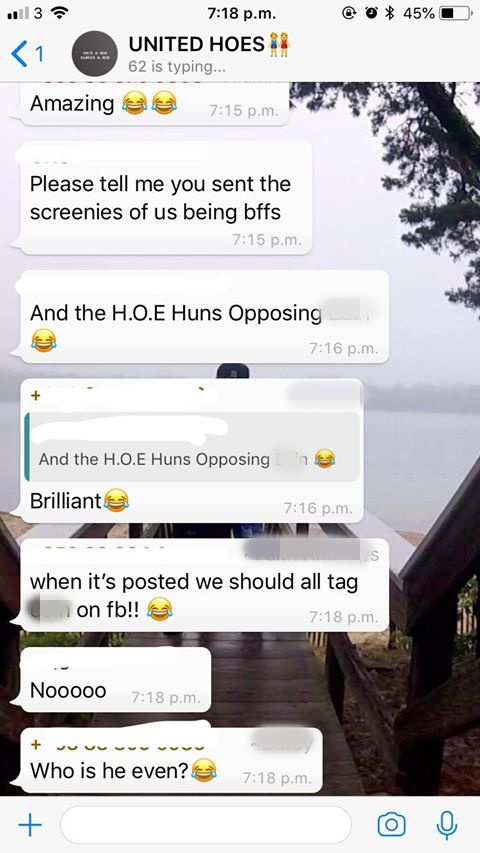 popular
Amazon Prime Video has just added 21 big movies to its library
The 50 most iconic songs of all time* have been revealed
One of the best crime thrillers ever is among the movies on TV tonight
Here is a list of every Bank Holiday in Ireland in 2023
Mark Hamill on the one piece of dialogue he got removed from the original Star Wars
The Last Of Us Episode Five will premiere days earlier in Ireland and UK
QUIZ: We bet you can't get full marks in this extremely frustrating geography quiz
You may also like
2 months ago
REVIEW: Samsung's S95B QD OLED TV is quite the sight to behold
3 months ago
Elon Musk set to take over Twitter after completing $44 billion purchase
3 months ago
REVIEW: The Google Pixel 7 Pro is top of the class for its camera
4 months ago
How Twitter is changing gaming as we know it
4 months ago
WATCH: Apple's iPhone 14 event featured some creepy teases for Severance Season 2
5 months ago
WhatsApp introduces way to choose who can and can't see you're online
Next Page