An Italian town is selling homes for just €1, but there's a catch

With a housing crisis currently testing the nation, you can't really blame your nearest and dearest if they chose to look elsewhere for a place to live.

Emigrations isn't always an ideal situation and in many cases is a deeply unfortunate illustration of problems faced by generations of Irish people, but when homes are going for a euro, how can you resist? 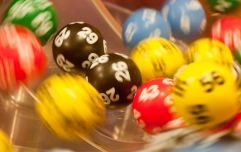 You can play for a €176 million Italian lottery jackpot from Ireland, here’s how

END_OF_DOCUMENT_TOKEN_TO_BE_REPLACED

Sambuca, a place that is described as a "hilltop town with views over the Mediterranean island and nearby beaches", has placed dozens of dwellings on the market for €1.

The deal is aimed at reviving a community that, like a number of other rural spots in Italy, has suffered from depopulation in recent years as residents have moved to bigger cities.

The new owners must commit to refurbishing their choice of the crumbling 40 to 150-square meter dwellings within three years, at a cost starting from €15,000. 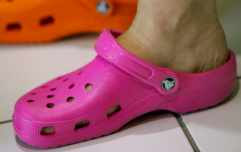 Crocs has announced it is closing its remaining factories

END_OF_DOCUMENT_TOKEN_TO_BE_REPLACED

According to CNN, buyers who take the chance will not be disappointed.

Giuseppe Cacioppo, Sambuca's deputy mayor has said: "Sambuca is known as the City of Splendor.

"This fertile patch of land is dubbed the Earthly Paradise. We're located inside a natural reserve, packed with history. Gorgeous beaches, woods and mountains surround us. It's silent and peaceful, an idyllic retreat for a detox stay."

popular
QUIZ: Test your knowledge with this Ultimate Friends Character Quiz
House Of The Dragon is already better than Game Of Thrones
The 50 most iconic songs of all time* have been revealed
People think they've figured out the ranking of the viewers on your Instagram Stories
Amazon Prime Video has just added 20 very big movies to its library
The JOE Friday Pub Quiz: Week 313
Power-ranking the House of the Dragon characters after THAT wedding dinner
You may also like
1 month ago
Massive 130ft superyacht sinks off the coast of Italy
1 year ago
Unverified temperatures of 48.8C reported in Sicily, possibly the highest ever recorded in Europe
1 year ago
Employee at Italian hospital accused of skipping work for 15 years
2 years ago
Ancient Roman mosaic floor discovered underneath vineyard in Italy
2 years ago
Italy announce the lifting of travel restrictions from June
2 years ago
Italian Prime Minister says the EU could collapse due to Covid-19 outbreak
Next Page