JOE meets fashionista Gianluca Longo to chat about the style of Irish men, cinema and coffee

JOE chats to Gianluca Longo about whether or not Irish men are chic and stylish, and what are the rules of coffee

Gianluca Longo is without doubt a style expert. He has worked for the London Evening Standard as the Style Director of ES Magazine, as well as being a Contributing Editor to Harpers' Bazaar UK, Elle Luxe, Conde Nast Traveller and Tatler Russia, amongst a whole host of others.

As both a stylist and an editor, he has worked with some of the world's most biggest models, from Christy Turlington to Naomi Campbell, Elle McPherson and Linda Evangelista, as well as Hollywood actresses like Tilda Swinton, Emma Watson and Rachel Weisz.

END_OF_DOCUMENT_TOKEN_TO_BE_REPLACED

And if all that hasn't proved his qualifications for the title, then he's also part of the British Fashion Council Press Committee, and is currently working on a retrospective exhibition on the last 40 years of Italian fashion, which made him a perfect fit for the Cinema Peroni event here in Ireland, bringing classic Italian films to life with titles such as La Dolce Vita, which is where we caught up with him for a chat about a whole host of interesting topics.

JOE: What got you in to writing about style and fashion, and when did you know that was something you wanted to do?

Gianluca Longo: Well from an early age I was always interested in aesthetics, art and lots of other things that children my age really weren't. When my family went to the beach I would always try to match my swimming shorts to the parasol, and when my family took me to museums or art galleries I was always quite interested. I liked to see the decoration, the composition of the pictures of the painting, so it was from a very early stage that I was surrounded by those type of things and they gave me that interest.

Later on, I began working as a stylist. At first I didn't know that was an actual job, something you could do with your life, being able to work with fashion and photography without being a photographer. That gave me a lot of opportunity to travel and pretty much completed my dream.

JOE: Is that a difficult skill, to picture something in your mind and make it reality as a stylist?

GL: It's something that comes naturally for me I suppose so I don't find it difficult. I've always believed you can find something glamorous or elegant, even in the ugliest or most disorderly things.

JOE: You're working with Peroni at the opening of their Cinema Peroni event, do you have a male style icon of Italian cinema?

END_OF_DOCUMENT_TOKEN_TO_BE_REPLACED

GL: Yes, of course! Marcello Mastroianni, he is one of my favourite style icons ever. Style and fashion has never been the same in Italy since La Dolce Vita because Marcello Mastroianni was the first one to wear a slim suit with a skinny tie and sunglasses, to drive a beautiful car, to do all of the things we associate with style and glamour now. For women, you need only look at Sylvia (Anita Ekberg) – voluptuous, in a classic black and white dress. Everything and everyone in this movie is stylish, even the Pope!

I think the film really speaks to me also, as one of my last full-time jobs was as the Style Editor of the London Evening Standard and I lived as an observer to a glamorous world without being part of it, like the character in La Dolce Vita, so this is one of my favourite movies too.

JOE: Have you seen much of the style of Irish men? Are we very stylish?

GL: Well I haven't had much time here, just one day, but I would have to say unfortunately not! When I travel, I love to look around, meet the people, see the sights, so I came out to Grafton Street at lunch time, and the predominant style was a very casual one.

JOE: We suspected as much. How can we improve?

END_OF_DOCUMENT_TOKEN_TO_BE_REPLACED

GL: Maybe go for a less casual look. The Irish are a little bit difficult to judge as there's not a particular style that I can see. Sometimes you can see someone and say 'Oh he's definitely Italian' or 'Oh she's definitely American', but that's very hard to do with the Irish. One tip for the guys would be to invest in a good suit, whether it's something from Massimo Dutti or a really expensive piece from Burberry, invest in one good suit per season, and you can't go wrong. 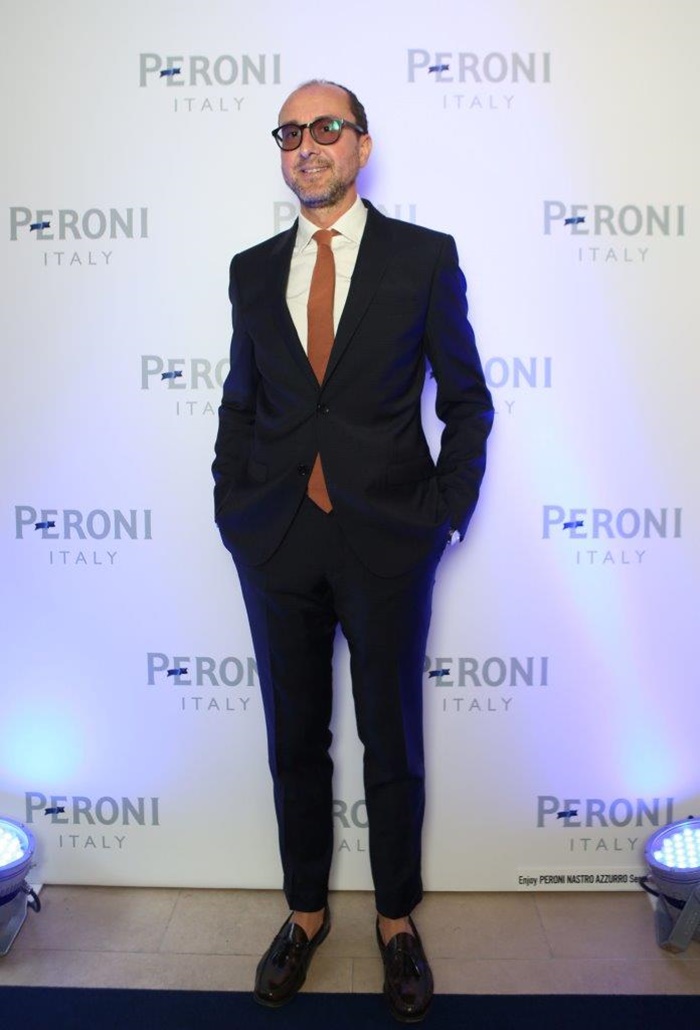 JOE: What's a good tip for shopping? Should we go vintage, off the rack...

GL: I believe that second hand, high street, premium, designer... it doesn't really matter too much. If you know your style and you know your fit, then you're on to a winner. There are a few 'must have' items that every man should own, and those are the ones you should invest some money in.

You should have a good, slim fit suit that you can wear day or night, so that you can transition from the office to the bar, and a couple of good, crisp white cotton shirts. There's no better feeling than exercising, having a shower and putting on a good crisp shirt. Also you need one good, expensive pair of shoes per season, and then you're set for any occasion.

JOE: What's the one rule of style that we must not break?

GL: I think that there shouldn't be too much grooming. I don't think it looks good for a man to trim his beard, pluck his eyebrows, to have his hair perfectly coiffed. There is so much attention these days on body hair too that it's getting a bit ridiculous. I think it looks better for a man to be a little bit rough around the edges, to have something of the left behind about him.

JOE: With you being Italian, we couldn't let you go without asking what the most important rules of coffee are?

GL: There is plenty of literature about this, but there are a few simple rules: Never ask for a cappuccino after 11 o'clock in the morning, that's very important. You can have a macchiato or something else with a little bit of milk after that, and then one shot of espresso after lunch. You can't go wrong if you do that!

The Cinema Peroni event is bringing some classics of Italian cinema to Ireland, but also brings the films to life. At a series of exclusive screenings, you can enjoy the movies with a Peroni Nastro Azzurro and an Italian aperitivo accompanied by live music, vintage costumes and performances that unravel throughout the night before the film screening begins. The first screening is La Dolce Vita, which will take place on Thursday, on the 22nd of May in South Studios, 27/28 New Row South, Dublin 8. For more info, visit the Cinema Peroni website

The Big Reviewski || JOE · The Big Reviewski with Andy Serkis, Squid Game follow-ups & the return of Succession
popular
Ryanair is seeking applicants for "the worst job in Ireland"
The JOE Friday Pub Quiz: Week 265
QUIZ: Can you master this General Knowledge Quiz?
National Lottery reveals 28 locations where tickets worth over €35,000 each were sold
Warning after person has bank account cleared out hours after scam text
Police questioned Tyrone manager over assault claims
People born in April are officially the sexiest, study finds
You may also like
1 year ago
New Irish fashion label seeking ‘burly’ male model to be the face of the brand
1 year ago
Aer Lingus unveil brand new uniform for flight attendants
1 year ago
Nine outfits you have definitely seen men wear on a night out in Ireland
2 years ago
These 'shoe condoms' could be just what you need this festival season
2 years ago
PICS: The new male and female Garda tracksuits will be a big hit this summer
2 years ago
Testing the waters of men's "fast fashion" and online shopping
Next Page