JOE's Eric Lalor caught up with Irish stand-up comedian and first time father to a new baby boy, Gerry McBride, ahead of his appearance at the Babytalk festival in UCD.

JOE: You have been asked to appear at the festival because, not only are you a very funny comedian, but you are the father to a newborn baby boy called Derry. How are you finding fatherhood?

Gerry: He is 12 weeks old and I have to say that nothing prepares you for it. You can read all the baby books you want, listen to the advice of your parents etc. but when they hand you over the baby and say ‘Away you go’, it’s a real eye opener. It changes your perspective on everything. The wind feels colder, the road feels bumpier and strangers look scarier.

JOE: When Derry was born, you put up a very moving status update on Facebook accompanied with a picture of you holding him for the first time. You got a lot of attention about that. 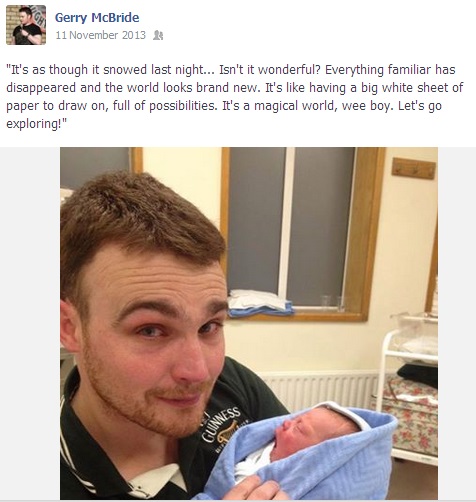 END_OF_DOCUMENT_TOKEN_TO_BE_REPLACED

Gerry:  I tried to encapsulate the notion that as a new parent, you are just making it up as you go along, but the overriding will is to make it good craic. You want your kid to have good memories when they get older.

JOE: Have you had time to sit down and do stand-up if you know what we mean?

END_OF_DOCUMENT_TOKEN_TO_BE_REPLACED

Gerry: Initially, for the first couple of weeks, I steered clear of gigs as there is so much care and attention needed for a new baby. I certainly turned down any gigs outside of Dublin and gigs which involved lots of travel. Now that he is 12 weeks old, the gigs are coming back and I am venturing further afield. He is getting used to us and we to him.

JOE: So, you’re back in the game. Were you always the paternal type?

Gerry: I think the longest time I've ever held a baby previously was for about 5 minutes. The beauty of that is that you could just hand back the baby and go on with your life. Now, we are the ones being handed back the baby. People like me, previously, would think that this minding a baby lark is easy. They just lie there asleep in your arms. That may be true for the time you are holding it, but when it’s your baby, it’s not just for those five minutes.

It’s a 24/7 job and there's no handing back the baby! That’s a real splash of water in the face for new parents. You grow up fast. Things you thought were important before pale into insignificance. Your priorities change. I was never prepared for the night feeds. You think, yeah, wake up, give the baby the bottle. That should take about seven minutes. How wrong was I?! It takes hours!

END_OF_DOCUMENT_TOKEN_TO_BE_REPLACED

Gerry: Funny you should say that. We used to see baby twins being wheeled around in prams and think ‘Aw look, how cute is that?’ Now we look at parents to newborn twins and we think ‘The poor feckers!’ and your heart just goes out to them.

Gerry: A couple of weeks ago when the enormity of the workload became apparent, I would have said no, get lost, get away from me. However, now that he is 12 weeks old and is starting to smile and react, you think to yourself, yeah, I could have another 10 of these lads, they’re great craic!

JOE: So you’re doing the Babytalk festival. What made you decide to do it?

Gerry: As I mentioned earlier, as a new parent, you can read all the self-help books or listen to advice from family about parenting, but that’s usually their experience of their own child. Every child is different and what works for your kid might not necessarily work for another. At this event, you will hear about options. Not just the one way of doing things. You will hear lots of different ways and hopefully stumble upon one that suits your child. 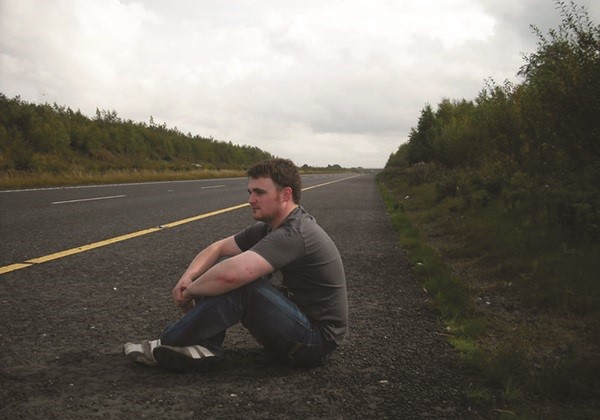 JOE: So what will you be doing at the festival?

Gerry: I’ll be there on the Sunday and I’ll be doing some readings for the kids, some children’s stories.

JOE: Can you pick what you want?

Gerry: No, alas, I have to adhere to the list of books given to me by the organisers. So I've tried to choose the stories which afford me the chance to do grumpy monster voices.

JOE: Are you prepared for heckles?

Gerry: I haven’t really thought about it. It’s one thing having a captive audience in a club, but how do you ask 100 or so kids to ssshhhh???

JOE: No idea Gerry, you’re on your own there pal!

Gerry McBride will be appearing at the Babytalk Festival in the O'Reilly Hall in UCD on Saturday Feb 22nd and Sunday Feb 23rd. For full lineup details click here

popular
Body of a man discovered in the water off the coast of Donegal
QUIZ: You'll do well to get 100% in this General Knowledge Quiz
QUIZ: How well do you really know Irish weather?
25 years ago, Sylvester Stallone delivered his best performance in a hard-hitting crime drama
The new Garda uniform has finally hit the streets
Body of woman in her 70s found in unexplained circumstances in Kerry
The JOE Friday Pub Quiz: Week 307
You may also like
1 month ago
Comedian Rhod Gilbert reveals he is undergoing cancer treatment
1 month ago
Celebrity Juice axed by ITV after 14 years as Keith Lemon pays tribute to "the longest most fun party"
2 months ago
One of the best sitcoms of recent years is finally available to watch in Ireland
3 months ago
Dave Chappelle attacked on stage during Netflix stand-up show in LA
3 months ago
Derry Girls creator admits she was nervous about some jokes in the new season
3 months ago
One of the best (and most important) stand-up comedy specials in years is now available to watch at home
Next Page