Move over Tommy Tiernan, Dylan Moran and David O'Doherty, there's a new kid in town and his name is Aidan Comerford.

We here in JOE love a good Irish success story and this is a great Irish success story. Carlow man Aidan Comerford, under the stage name of Aidan Strangeman, went to Edinburgh and won the very much coveted So You Think You're Funny award last night. In a final featuring eight acts who had all qualified via rigorous regional heats and then two semi-finals, Aidan was voted the winner by a panel which included Jason Manford.

END_OF_DOCUMENT_TOKEN_TO_BE_REPLACED

JOE caught up with an understandably tired, but elated Aidan to ask him all about it. "I still haven't quite taken it in. I was happy enough with my performance, but in no way did I think it was going to win me the award. I was more relieved that I didn't disgrace myself." said Aidan.

"When they were announcing in reverse order and who had won third and second, I was convinced this other guy was going to win as I felt that at the very least he would be placed. When they called my name out as being the winner, I was stunned, gobsmacked. For about two hours afterwards I felt like I was having some sort of out-of-body experience." 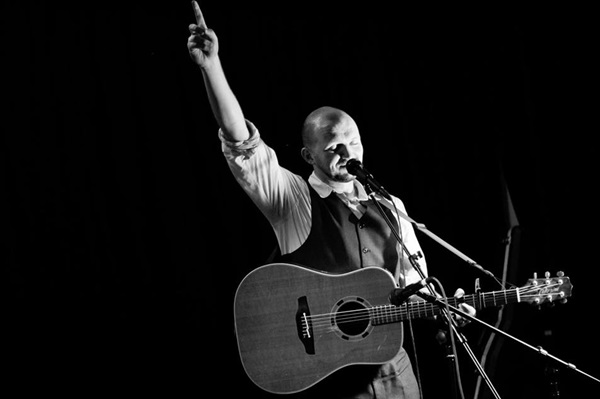 Aidan joins a very esteemed list of past winners including Tommy Tiernan, Dylan Moran, David O'Doherty, Peter Kay and Lee Mack. Along with the £5,ooo prize for winning, he will of course be receiving gig offers all over the place. "It was so bizarre at the after-party as so many people gave me their business cards, promoters, agents etc. I even spoke with Eddie Izzard's manager which was a bit surreal. I spoke to David O'Doherty and he was extremely generous with advice and congratulations."

END_OF_DOCUMENT_TOKEN_TO_BE_REPLACED

So what is next for Aidan? "Well, the main woman behind the competition Karen Koren, who is responsible for a lot of the great shows at the Guilded Balloon, has challenged me to write a new hour long show for next year's Edinburgh Fringe and that she will help me promote it. In the short-term, I am part of the cast of Singlehood (pic below) with you Eric, and I will be fulfilling another personal ambition of mine by performing that show at the Olympia on September 11th, 12th and 13th. It's a show I am very proud to be part of and I hope we can fill that famous old venue for the three nights we are there. I told Eddie Izzazrd's manager to come over and see us!" 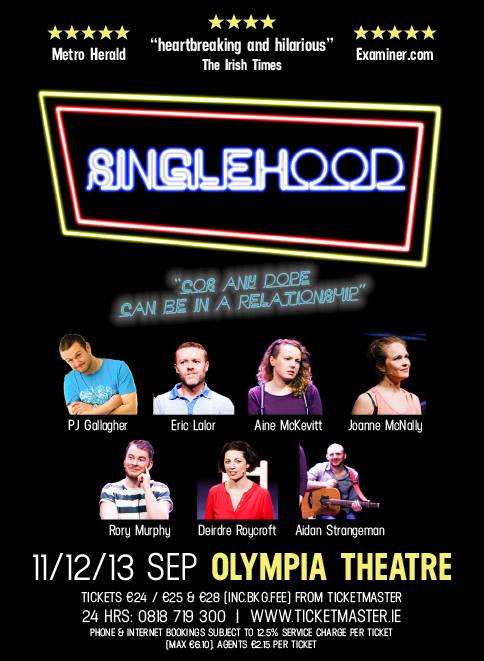 "I hope the win can help open some doors for me and would love to perform at some of the prestigious Irish comedy festivals next time out. The Cat Laughs or the Vodafone Comedy Festival in the Iveagh Gardens. Funnily enough, they handed the cheque to me after I won last night, but it had my stage name Aidan Strangeman on it. I'll have to get them to change it!"

It's a seismic achievement from a humble, but very talented man and we couldn't be happier for him.

popular
QUIZ: It's time for one of our trickiest General Knowledge Quizzes yet
An underappreciated sci-fi blockbuster is among the movies on TV tonight
Landlords must give longer eviction notice periods under newly passed legislation
The JOE Movie Quiz: Week 161
The JOE Friday Pub Quiz: Week 301
QUIZ: Can you get 100% in JOE's great big halfway through 2022 quiz?
The 24 biggest movies still to come to cinemas in 2022
You may also like
4 days ago
Celebrity Juice axed by ITV after 14 years as Keith Lemon pays tribute to "the longest most fun party"
1 month ago
One of the best sitcoms of recent years is finally available to watch in Ireland
1 month ago
Dave Chappelle attacked on stage during Netflix stand-up show in LA
2 months ago
Derry Girls creator admits she was nervous about some jokes in the new season
2 months ago
One of the best (and most important) stand-up comedy specials in years is now available to watch at home
2 months ago
Some of the very best TV comedies of all time have just been added for home streaming
Next Page