As we move into the New Year, who were the best dressed men who stood out from the crowd?

We're pretty classic when it comes to style here at JOE, we know what we likes and we likes what we know, but throughout the year there have been some very sharply dressed lads whose daring or individual touches have inspired us to try a few things ourselves, and maybe experiment a bit more.

Joseph Gordon Levitt
He made his directorial debut this year, and always looks at home in a three piece on the red carpet. He goes for simple stuff that is well cut, fits perfectly and gives him a very clean cut look. We heard that down the back row there, who said 'mancrush'?

END_OF_DOCUMENT_TOKEN_TO_BE_REPLACED

David Beckham
Come on, it's D Becks, the Beckhaminator, Beckso Flexo. Alright we've made a few of those up, but even when he's wearing his own brand of David Beckham™ jocks around the gaff, he does so with a bit of style. We're always inspired to do something off the back of what Becks is wearing.

Tom Ford
The designer not only makes some amazing suits, he wears them pretty well himself. We may never be able to afford one, but we can dream, can't we?

Scott Disick
We don't like the Kardashians, but it's almost impossible to avoid them seeing as they're on the internet and TV all day, every day. That's where we get to see the über-sharply dressed Scott Disick, and while he definitely spends big on his clothes, which gives him such a preppy look that owes a lot to the style of the Hamptons, he also wears them pretty well.

Sergio Ines
GQ have fashion blogger Sergio Ines on their best-dressed list, which is good enough for us, but we can definitely get behind what Sergio is doing, since he consistently gets it right when it comes to making a statement and adding a personal touch with his accessories, without breaking the bank. More bow ties, we say.

Chris Paul
Plenty of NBA athletes are stylish guys, and we get to see their best (and worst) outfits normally during the playoffs. Chris Paul is a man who never lets his style slip all year round though, even on the court. 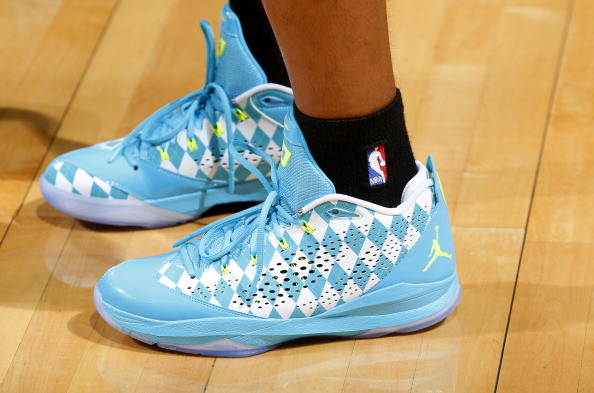 END_OF_DOCUMENT_TOKEN_TO_BE_REPLACED

Patrick Grant
Although we weren't that aware of him before the end of 2013, we couldn't help but notice that British fashion designer Patrick Grant (he owns Norton & Sons of Savile Row) is a very sharp dresser indeed. At times he sticks to classic looks but he can also be spotted out and about in much more adventurous numbers, and pulls them both off equally well.

END_OF_DOCUMENT_TOKEN_TO_BE_REPLACED

Conor McGreogr
Ireland's own UFC superstar has clearly been using his hard-earned cash on some very slick gear, and from accessories to suits, he never sets a foot wrong. He's also raising the bar for the rest of us Irish lads, as well as the fighters in the UFC, who are going to need to up their game to compete with him inside or outside the octagon.

Pics via Google Images and Getty

Open gallery
popular
Welder awarded €15,000 for unfair dismissal despite admitting to drinking alcohol before work
Netflix has just quietly added 30 big movies to its library
One woman dead and four injured after separate crashes in Clare and Mayo
10 years ago today, the scariest movie ever made (according to science) was released
Man arrested following fatal assault at Kerry funeral
Netflix reveals full line-up of new shows and movies arriving in October
Amazon Prime Video has just added 37 big movies to its library
You may also like
10 months ago
Penneys to create 700 jobs over new investment and store
2 years ago
New Irish fashion label seeking ‘burly’ male model to be the face of the brand
2 years ago
Aer Lingus unveil brand new uniform for flight attendants
2 years ago
Nine outfits you have definitely seen men wear on a night out in Ireland
3 years ago
These 'shoe condoms' could be just what you need this festival season
3 years ago
PICS: The new male and female Garda tracksuits will be a big hit this summer
Next Page
Life | 8 years ago
9
shares