FYI, if you've any suggestions about a classic song that we should feature then feel free to get in touch with our music geek @ElChiefMoore

Why is it a classic? : There was a time when the lyrics and content in the majority rap music and hip-hop tunes wasn't predominantly interested in the three B's, bullets, bitches and bling.

While the important themes of life in the ghetto,urban poverty, gang culture and civil rights for the African-American community in the US were being addressed by some seminal albums by Public Enemy and NWA there was another side to the burgeoning hip-hop scene.

De La Soul were unique because their debut album was unlike anything that was released at the time. The trio weren't confrontational or violent as the band preferred to take a more positive, diverse and chilled approach to their art.

Their musical palette was superb as the trio used samples from Johnny Cash, Hall & Oates and Steely Dan to name just a few and their use of language and the effortless switches from line to line gives the album a joyous and infectious energy with limitless possibilities.

You have no idea where 3 Feet High and Rising will go and that's the beauty of it. Sit back, enjoy and smile.

Eye Know may not be the most popular song but it's arguably the finest example of the upbeat, feel-good and too cool for school charm that De La Soul posses. 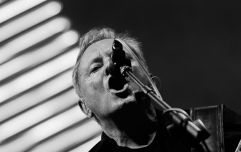 END_OF_DOCUMENT_TOKEN_TO_BE_REPLACED

On this track, the band have no hang-ups or pretensions about declaring their love for just one girl and there's something that's wonderfully Old School about the lyrics, "May I cut this dance to introduce myself as, the chosen one to speak, let me lay my hand across yours and aim a kiss upon your cheek

De La Soul managed to pay tribute to some incredible soul and funk artists from years gone past, Otis Redding and Sly & The Family Stone feature here, while also having enough courage, brains and talent to bring hip-hop in a bold new direction.

Did you Know? : Match of The Day 2 used this song during the 08 season.

The lyrical hook: "And from the soul I bring you, The daisy of your choice, May it be filled with the pleasure principle, In circumference to my voice".