JOE’s Oisín Collins was recently invited over to Germany with Ford Ireland to test out the all new 2015 ‘European’ Ford Mustang.

We ventured over to Germany to test out Ford’s latest generation of Mustang (the 6th, for those counting), which has been built with European drivers in mind, and there really was no better place than the Autobahn to test out what the Mustang’s 2.3L EcoBoost and massive 5.0L V8 engines had to offer.

Ford Ireland says they haven’t benchmarked the car against any other and it’s pretty clear as to why – this is a car that sits in its very own weight class.

We're over in Germany checking out the new Ford #Mustang. We've just had a spin in the 5.0L. It's a #BHEAST!!! It's coming to Ireland real soon too. #Munich #Motors

The rear of the new Ford #Mustang fastback looks stunning. Prices for this #beast start at €46,000. #wantone

Here's the new Ford #Mustang 2.3L EcoBoost Convertible taking off. This is a sound we could get used to. This particular #Mustang features 310hp and costs €52,000. It's incredibly fun to drive. This was in #Germany 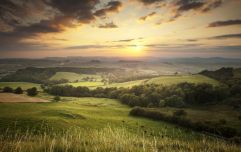 END_OF_DOCUMENT_TOKEN_TO_BE_REPLACED

Without question, the 2015 Ford Mustang is one of the most enjoyable cars we’ve tested here on JOE. It looks fantastic and you can clearly see the resemblance to the original Mustang with the low arching roofline and the powerful shark-bite design of the front grille.

For the first time in the Mustang’s 50-year history the car will be officially sold by European Ford dealers (any Mustangs you may have seen in Ireland in the past would have been left-hand drive imports), so that’s sure to get petrol-heads excited.

Interest in the car is very high and Ford Ireland have already taken a few orders for the new Mustang, which is set to be unleashed in Ireland in November. So keep your eyes peeled...

Even more exciting is the fact that prices start from just €46,000 for the 2.3L fastback model. So if you’ve ever dreamed of owning an American muscle car with a lot of bite and a big shouty engine, but one that won’t necessarily break the bank, then you’re in luck.

For more info on the new Ford Mustang head over to Ford.ie.

Ford made sure to have a classic '65 #Mustang at the launch of their new generation. #OldSchoolCool. It looks just as good now.

Advertisement
House of Rugby Ireland · Quinn Roux on finding a home in Ireland and Mike McCarthy brings the absolute HEAT!
popular
Taoiseach Micheál Martin says people need to stop going on holidays
RTÉ Prime Time footage shows tanned Irish holidaymakers returning from Lanzarote
QUIZ: Can you name all of these countries just from one of their cities?
Holly Willoughby criticises influencer for travelling to Dubai during pandemic
Pharmacists urge people of Ireland to take Vitamin D supplement
Leo Varadkar rules out going straight to Level 3 restrictions in March
QUIZ: Do you know the collective name for these groups of animals?
You may also like
1 month ago
Motorist arrested for driving at 207 km/h on motorway in Kildare
1 month ago
Over 300 Ford cars recalled in Ireland over battery issue that could lead to vehicle fire
2 months ago
An Garda Síochána launches host of new Garda vehicles
2 months ago
QUIZ: Can you correctly identify these classic cars?
2 months ago
Motor insurance premiums rise in Ireland despite fall in claims
3 months ago
RSA urges non-essential workers to cancel driving tests
Next Page