The Joker's real name has finally been revealed

This is the first time ever that the Joker has officially been given a name by DC.

Back in 1989's Batman, the story introduced us to Jack Napier, who would go on to become The Joker.

In 2019's Joker, he was named Arthur Fleck (still unclear if that was a dodgy wordplay joke as A-Fleck, aka Ben Affleck, the guy playing Batman at the time). 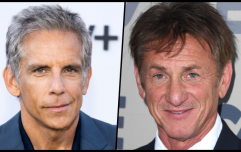 END_OF_DOCUMENT_TOKEN_TO_BE_REPLACED

However, none of these were considered canon by DC, the folks who own the rights and history of Joker, Batman, Superman, and that whole multiverse of characters.

Over the decades of comics and graphic novels and movies and shows and video games and everything else in between, the real identity of The Joker has been kept pretty much a secret since he debuted in the comics back in 1940.

That all changed this week with the release of the fifth issue of Flashpoint Beyond, the sequel to 2011's groundbreaking Flashpoint series.

Some spoilers ahead for the plot of this run, so consider this your warning...

END_OF_DOCUMENT_TOKEN_TO_BE_REPLACED

The plot revolves around Thomas Wayne as he attempts to hunt down the Clockwork Killer, only to discover it is his own wife, Martha Wayne. She became The Joker in this timeline when Bruce Wayne was killed instead of Thomas and Wayne, her son's death eventually sending her into a homicidal rage.

In the fifth issue, Thomas visits Martha in her cell in Arkham Asylum, where she reveals she has discovered the true identity of the man who would have become Joker, if it weren't for this change in the timeline.

We find out that his name is Jack Oswald White (not to be confused with that guy from The White Stripes), who is a failed comedian, as well as a toilet cleaner at the Wayne Casino. He has a wife, a child, and they were all living happily together. The same tragedy that befell him in the infamous Killing Joke storyline hasn't happened to him here, so he never took up the mantle of the Joker.

END_OF_DOCUMENT_TOKEN_TO_BE_REPLACED

As mentioned, Joker has been named before in some media, but this is the first time ever that the Joker has been given a name in the core DC Comics continuity.

With two or three Jokers already in existence in the cinematic adaptations - Joaquin Phoenix, Barry Keoghan, and we're still not 100% sure we've actually seen the end of Jared Leto's run - it is unlikely we'll get this adaptation any time soon.