As a form of thanks, the website gifted him with a lifetime premium subscription to their services. 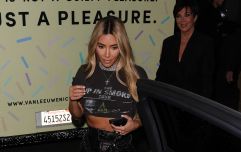 END_OF_DOCUMENT_TOKEN_TO_BE_REPLACED

Over the course of the night, he had styled all of the presenters’ clothing, including host Asa Akira's look: 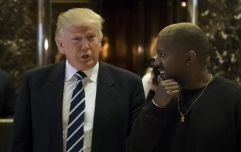 END_OF_DOCUMENT_TOKEN_TO_BE_REPLACED

He also designed the custom statuettes for the award winners:

And he debuted his new song 'I Love It' featuring Lil' Pump, as well as the accompanying video, directed by Spike Jonze.

Futurist theme? Oh right, we forgot to mention, Kanye said that the awards ceremony was set in the year 6918.