Master mentalist Keith Barry is back with what has now become an annual summer residency at Dublin’s Olympia Theatre.

Last year he invited audiences into The Asylum. This year we’re being taken on a tour of the eight deadly sins – that’s the conventional seven plus one of Keith’s own. 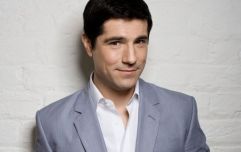 END_OF_DOCUMENT_TOKEN_TO_BE_REPLACED

JOE: Another year and another run of shows at the Olympia. Can we expect a fair few new tricks this time around?

Keith Barry: It’s completely different. For instance, unlike in The Asylum, the show I did last year, there’s very little hypnosis in 8 Deadly Sins. In The Asylum a full half of the show was based on hypnosis.

For instance, I’m getting a confession box made where people from the audience will come up and mentally confess imaginary sins.

Keith: Yeah, I learnt the hard way that people weren’t buying tickets for a while because they were thinking that I might reveal that they’re cheating on their wife or that they robbed a house last week, so we’re getting people to come up with imaginary sins. If they can’t think of one, there’ll be a ‘sin wall’ with about 400 funny sins posted on it that they can choose from. 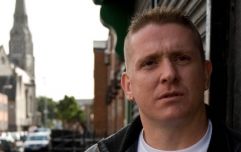 END_OF_DOCUMENT_TOKEN_TO_BE_REPLACED

I try to make every show that I come up with different in terms of content and different visually. I’ve had two 11-foot coffins made for this new show...

JOE: Are you expecting bizarrely tall people to turn up and volunteering to get involved in your antics?

Keith: No, just to make sure that nobody injures themselves when they fall into the coffins – and someone from the audience will fall into a coffin every single night.

Everything is designed to bring people into a fantasy world where they’ll laugh until their faces hurt, and hopefully be amazed as well. 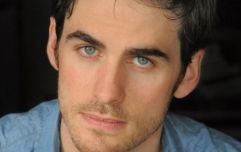 END_OF_DOCUMENT_TOKEN_TO_BE_REPLACED

JOE: I’ve heard that you plan to hypnotise the whole audience. What if people turn up who just want to pay their money and observe rather than actively be involved in the show – can they do that?

Keith: Eh, yes and no. I’ve never had a problem getting people to take part. Last time I had people running in order to get on the stage to take part. I had to turn people away.

You can just go and be an observer... for the most part. Every single person in the audience will be involved in two of the things I’m doing. People will have no option but to go home with a semi-permanent reminder of the Eight Deadly Sins that’ll be with them for around a week...

If you want to come along but really don’t want to come on stage, then I’m not going to force someone to do so. With all my shows, I think people are healthily nervous of coming up on stage. 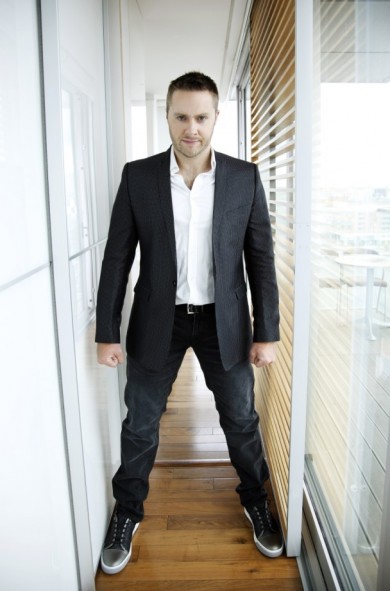 I think this will be the most visual show I’ve put together. Mentalism can sometimes be visually boring – there’s not a lot to look at – but with this show there definitely is. It’s a visual feast.

JOE: So will you be taking 8 Deadly Sins on tour after the Olympia run, as you have with previous shows?

Keith: Not straight away. I’ve decided not to tour at all this year. We’re using big props, there’s a big stage set – it’s not something that will easily tour so we’ll have to look at how we can adapt the show to take it on the road.

Keith: Yes I have.

Keith: No, not recently. The only time I was hypnotised was when I was 14 or 15 and that was by a man called Paul Golden, who a lot of people will remember.

Paul was the foremost hypnotist in Ireland in the 70s, 80s and 90s. He was my idol and inspiration and I went to see him putting on a show in my hometown of Waterford. He hypnotised a whole bunch of people on stage, gradually whittling it down until there were only four or five of us left – meaning that I was one of the best subjects.

I remember that at one point I was doing a sort of striptease routine, at another point I was singing like Elvis and that by the end of the show I was running around after leprechauns.

Paul has passed away now, but I got to know him before he died. He and his wife Helen were very generous to me. He shared a lot of information with me that he hadn’t shared with people previously.

I’ve not really spoken about this before in an interview, but they were in a car crash on the way back from Waterford to Dublin after hypnotising me and Paul never performed another stage show again, making me one of the last five or so people to ever be hypnotised by him.

JOE: So did your idol ever get to see his young protégé perform?

Keith: He got to see me once or twice before he passed away.

I found out early in my career that I didn’t want to work with animals or kids, which is why it’s an ‘over 16s’ show. Back in those days it was fine to hypnotise someone aged 14 or 15, but with my show I make sure that they’re over 18.

JOE: Given the dark nature of the shows you do, and the shock factor, have you ever fallen foul of any religious groups?

Keith: No I’ve never been at the receiving end of the wrath of any religious group of any kind. No religious movement has ever said that they’ve anything against me. What I do is entertainment. I try to push the envelope. I don’t necessarily go for the shock factor, I just push myself and I want to push people as far as they’ll go. In other words, I want to push people over that cliff edge and take them on a rollercoaster right that’s a real adrenalin rush.

I don’t want people to just turn up to my show and watch a man going through a load of tricks. I want them to go through an emotional rollercoaster where they laugh for a while, then go serious and almost have people crying.

So I haven’t had any problems yet, but I suppose with a show called 8 Deadly Sins I could be inviting trouble – even though the show’s got nothing to do with religion, some people might take offence at the name. If they do, they do... but I’m not going to worry too much about them.

JOE: You're just going to get on with doing your new show, right? Does it get harder to come up with new stuff year after year?

JOE: One last thing, Keith. We’ve had a look at an episode from the latest series you’ve done for the Discovery Channel in the States...

JOE: ... and we’ve noticed you’ve developed this mid-Atlantic Irish-American twang. Have we imagined it or do you change your accent when you’re working over there?

Keith: I do. As you say, you can hear it on my Discovery Channel show. I have to slow down and give my voice an American twang. Sometimes I get a lot of stick over here for doing it, but people don’t realise that I have to give a bit of American lingo and twang to endear myself to the people over there.

I don’t like doing it, and sometimes I find myself developing an American twang, and when that happens I can’t wait to get back to Ireland, where I’ll very quickly get my proper Irish accent back. 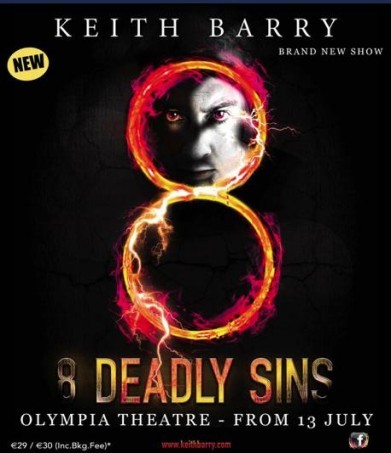 8 Deadly Sins opens at the Olympia Theatre, Dublin on 13 July. Tickets are available from www.ticketmaster.ie

The Big Reviewski || JOE · The Big Reviewski with Andy Serkis, Squid Game follow-ups & the return of Succession
popular
An underrated Denzel Washington thriller is among the movies on TV tonight
PICS: The man with the biggest penis in the world has one unbelievable problem with it
The 50 most iconic songs of all time* have been revealed
Weird 'blacked out' island on Google Maps sparks wild conspiracy theories
New €140 million road officially opens today, replacing one of Ireland's most dangerous roads
RSV outbreak in children "more contagious than Covid", says GP
People think they've figured out the ranking of the viewers on your Instagram Stories
You may also like
4 years ago
WATCH: Alan Tudyk, scene-stealing droid in Rogue One, reveals R2-D2 is actually "Irish"
4 years ago
WATCH: Gareth Edwards, director of Rogue One, reveals the one person in the world he wanted to love the film
5 years ago
WATCH: The super-talented stars of The Young Offenders chat skimpy jocks, awkward meetings and their hilarious new film
5 years ago
EXCLUSIVE WATCH: Margot Robbie reveals the one thing about Irish men that makes her "go weak at the knees"
5 years ago
VIDEO: Chris Pine, Zachary Quinto and Sofia Boutella really love the smell of this mystery Irish jar
5 years ago
The Conjuring 2 director James Wan chats about filming in Ireland and Aquaman
Next Page