Who knew that Daniel O'Donnell was so popular in the Falkland Islands?

He's one of our national treasures, that's for certain, and we emphasise the word 'treasure'. This is because we heard recently that the man is worth an absolute fortune.

END_OF_DOCUMENT_TOKEN_TO_BE_REPLACED

The Kincasslagh man is now worth an estimated 31 million, with the money accumulated through years of album sales and sold out concerts.

Country music has seen somewhat of a revival in recent years in Ireland and O'Donnell has been at the forefront of that along with the likes of Nathan Carter and Mike Denver.

The Late Late Show Country Special on Good Friday proved a massive hit with audiences, with an average of 677,400 people tuning in and an audience share of 52%, making it the second highest rating show this season.

So wee Daniel's popularity is showing no signs of waning anytime soon he'll be relieved to know, but if it does, he has another relatively unexplored market that he can tap into to try and continue making a living.

Yes, it seems that Daniel O'Donnell is rather a big deal in the Falkland Islands... no this is not a piss take.

TIME Magazine compiled a list of the most Googled people by country in 2016, and it's no surprise that Donald Trump was the most searched person in the majority of the western world.

But, interestingly, the most Googled person in the Falkland Islands was none other than the man from Donegal, Daniel O'Donnell. 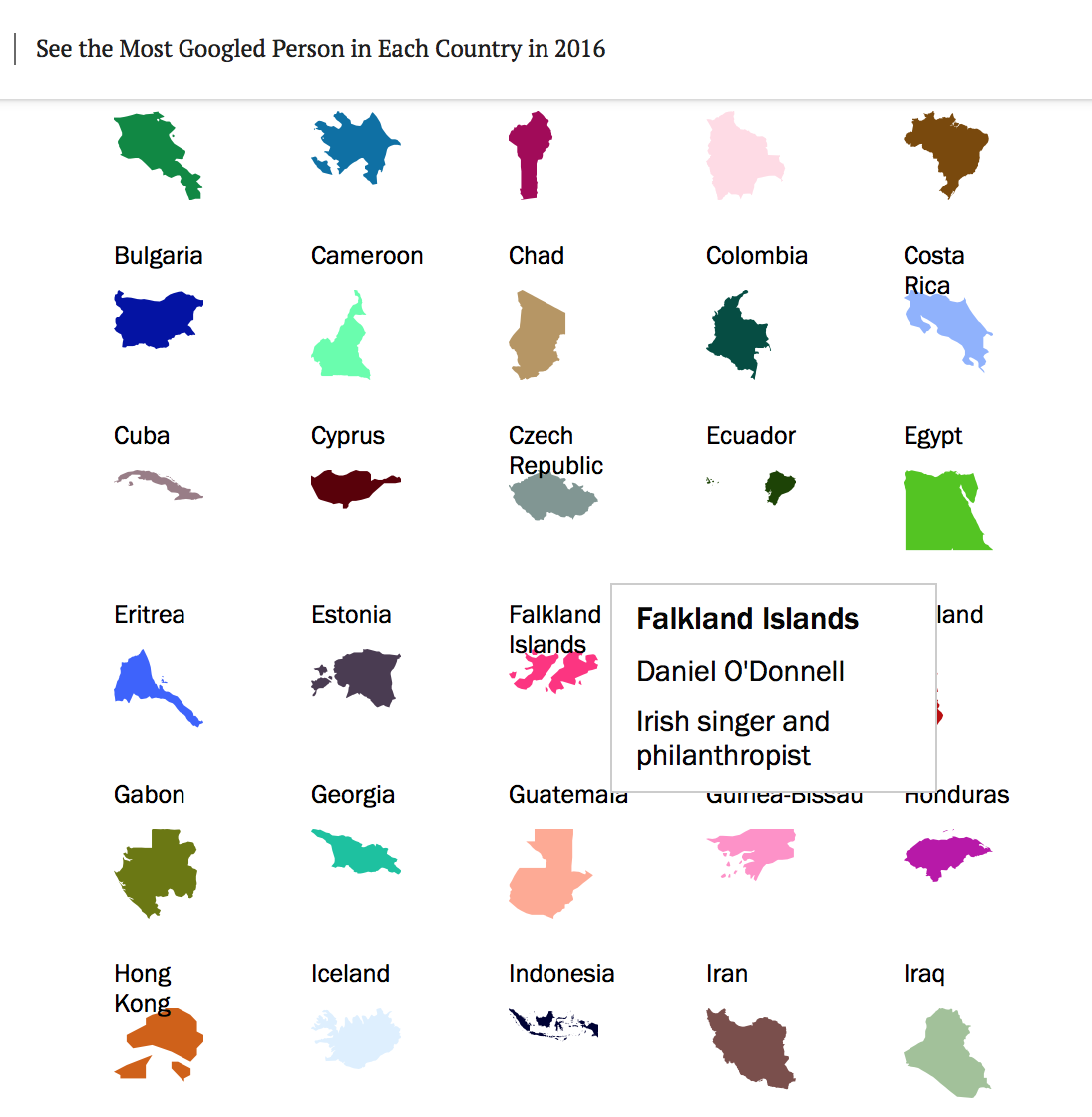 We have just one question: What the hell is that about?

The Big Reviewski || JOE · TBR Spotlight: Loki - Episode Two - 'The Variant'
popular
Garda union hits out at "absolute confusion" over outdoor drinking and dining
The Queen appealing for volunteers to weed the garden of her Sandringham Estate
Gardaí will use "discretion" over outdoor drinking at pubs and restaurants
The JOE Friday Pub Quiz: Week 248
QUIZ: Can you get full marks in this potentially very frustrating general knowledge quiz?
Taoiseach surprised by WHO plan calling for prevention of women of "childbearing age" from drinking alcohol
Man in his 60s killed following assault at home
You may also like
3 months ago
Incredible drone shot video from inside bowling alley goes viral
4 months ago
"I am not a cat" - Texas lawyer turns on kitten filter during court Zoom, and can't switch it off
1 year ago
Apostrophe Protection Society closes down, claiming "laziness has won"
1 year ago
25 of the funniest tweets you might have missed in October
1 year ago
WATCH: RTÉ raised their game with their Halloween reporting on Thursday
1 year ago
Comedian Josh Pray to stop making Irish-themed videos following online abuse
Next Page