#LeavingCert is trending on the night before it all starts; here are some of the best tweets

It’ll all be all over before you know it.

Tomorrow is the first Wednesday of the month of June and every Irish person who has been through the secondary school system knows only too well what that means.

Seriously though, there’s no need to panic… 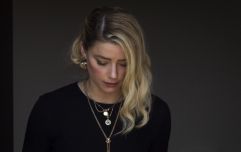 END_OF_DOCUMENT_TOKEN_TO_BE_REPLACED

As is the case before the start of the Leaving Cert every year, Twitter is a hive of discussion this evening, with plenty of sound advice, plenty of lessons from people who have been through it all before and lived to tell the tale and plenty of jokes that will raise a smile from even the most nervous of students.

Most of those starting their exams tomorrow are probably steering well clear of social media (or at least they probably should be), but for those of you who are sneaking a quick peek, let us be the first to wish you the best of luck.

Approach the #LeavingCert exam as if it was a real job pic.twitter.com/2BtmMDX8J4

#Leavingcert is tomorrow.
Must be getting nervous now knowing that today could be the last time you experience true happiness.
Pressure

Great news about #LeavingCert? In a week you'll never need to think about algebra ever again if you don't want to.

I did the #leavingcert twice (because I enjoyed it so much), and did shitely both times. But now I get to make up my own words. #shitely

popular
Amazon Prime Video has just added 38 very big movies to its library
Ashton Kutcher opens up about rare disease that left him unable to see or walk
The start of the superhero takeover of Hollywood is among the movies on TV tonight
Matt Lucas quits Great British Bake Off role
The Pogues’ Shane MacGowan rushed to hospital
Rotten Tomatoes reveals the best reviewed movie of 2022
Did you spot the explosive detail in the latest episode of The White Lotus?
You may also like
2 weeks ago
Kanye West returns to Twitter after ban over anti-Semitic comments
2 weeks ago
Donald Trump Twitter ban lifted thanks to a very stupid reason
2 weeks ago
Elon Musk forced to make dramatic U-turn on 'hardcore' ultimatum as hundreds of Twitter staff quit
1 month ago
3,700 Twitter employees have been fired via email following Elon Musk's takeover
1 month ago
Kanye West says he won't speak, drink, have sex or watch porn for 30 days
1 month ago
Ricky Gervais calls out James Corden for copying one of his jokes word for word
Next Page