Lent is the ultimate celebration of Irish Catholicism

When you think of the religious holidays celebrated in Ireland, which ones spring to mind?

Seems safe to assume that Christmas might come first, given that it now comprises half of the calendar year, running from August until January.

It's probably a tie after that, Easter probably drawing level with St. Patrick's Day. Days for patron saints aren't usually a big deal, but since the whole world uses Paddy's Day as a day to get absolutely locked and wear green in our honour, its an undeniably important part of Irish culture. 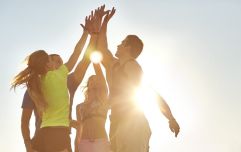 END_OF_DOCUMENT_TOKEN_TO_BE_REPLACED

St. Brigid would also try to make a fairly strong claim given that everyone in the country is mandated by law to make St. Brigid's crosses once a year every day until the age of 12.

But the real pinnacle of Irish Catholicism actually lasts for 40 whole days, and it starts on Wednesday. That's right. It's Lent time, motherfuckers.

Lent, or as it could otherwise be known, a second go at the New Year's resolution you abandoned by the first Friday of January. A time in which we're guilted into giving up at least one vice on the assumption that the second Lent ends, we're permitted to dive headlong off the wagon and back into our old ways.

Very few concepts can get at the heart of what it means to be an Irish Catholic like Lent. That idea of making a sacrifice that you don't really make. Putting yourself through a "hardship" that you could stop at any moment. And you might. And you probably will.

We are perhaps the only people whose worship is a little less "God is great" and a little more "Wow, looks like Jesus 'No Craic' Christ has struck again". Interestingly, the fast also comes with an instruction from Matthew 6:16: "When you fast, do not look gloomy," which doesn't exactly give us much credit.

Lent, after all, is a win-win situation. Either you manage to improve yourself in a way that you want to, or you utterly fail and continue to wallow and revel in whatever vices you were already afflicted with. Well, I suppose that's not quite a win-win, but worst case scenario is calling it a draw. 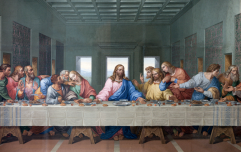 Ranking the 12 Apostles from least to most banter

END_OF_DOCUMENT_TOKEN_TO_BE_REPLACED

Needless to say, the main beneficiaries of Lent are the absolute buzzers in primary schools across Ireland who'll tell their teachers that they're giving up homework (take that, society!) and the mad yokes who'll say that they're giving up the beer before hitting you with an "Aaahhh, only joking, I really like beer!" like Father Noel Furlong.

But where does Lent fit into an Ireland that is increasingly turning away from the Catholic church? I believe there's still a place for it.

For all the horror and sorrow that the Catholic church has visited unto Ireland, many of its rituals and rules are now almost inextricably linked with what it means to be Irish. Since the church is so deeply involved in so many schools, it's hard to imagine many people get through their education without being communicated and confirmed and taking part in at least a few fasts. 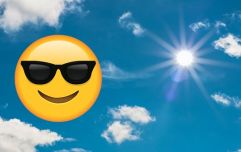 Ireland set to be warmer than Barcelona, Lanzarote, and Athens this weekend

END_OF_DOCUMENT_TOKEN_TO_BE_REPLACED

Lent is probably one of the least harmful of these traditions. And the most Irish.

St. Anthony is another good example, or the lighting a candle method of exam studying. Religion is never more useful to us than when we can outsource some responsibility for our mistakes and regrets. Lent is kind of the opposite. A time when we finally embrace Jesus' more punishing lessons about starving and struggling and fending off Satan.

But then we stop, obviously, because who wants to fend off Satan forever? Hack of that. 40 days out of every 365 is more than enough for us thanks. That's almost 11% of the whole year! Excluding any possible cheat days (usually includes St. Patrick's Day... Six Nations games... maybe weekends in general).

Catholicism has nothing new to offer us. As a doctrine, it has expired. It is rooted in the oppression of normal people by an organisation that has, for centuries, refused to atone for its own sins. Sins that include that allowing the spread of AIDS across poor nations, sexual abuse to a degree that is quite simply unprecedented, and frequent campaigns against basic human rights movements in countries like Ireland.

Taking into account its long-time endorsement of corporal punishment, its refusal to acknowledge LGBT equality and its dim view of women, you've got an organisation that is little more than an sandbag around society's ankle.

The church has largely lost its grip now, and nothing is more telling than our attitudes to Lent. Our readiness to laugh it off and give in as soon as we start gasping for a pint at the end of the working day.

Lead us not into temptation. We are perfectly capable of finding it ourselves.

The Big Reviewski || JOE · Matt Damon, Camille Cottin, Abigail Breslin and director Tom McCarthy discuss new drama Stillwater
popular
Leo Varadkar said he tried to be "extra careful" while attending Katherine Zappone's 50 person function at hotel
1,314 new cases confirmed across Ireland as total of deaths related to Covid-19 climbs to 5,044
Electric Picnic won't go ahead this year as Laois County Council refuse to grant licence
Scientist says decision to go ahead with communions and confirmations could lead to "super-spreader events"
Netflix unveils its full list of classic movies arriving throughout August
Netflix has quietly added 12 great movies to its library today
Met Éireann issues weather warning for entire country ahead of week of thunder and flooding
You may also like
1 year ago
QUIZ: How well do you know the story of Easter?
2 years ago
Dogs Trust warn about leaving chocolate lying around this Easter
2 years ago
Cold water drowning warning issued as risk increases ahead of Easter weekend
2 years ago
Deliveroo to launch a series of Game of Thrones Easter eggs for only 80c each
3 years ago
There's an obscure Easter egg hidden in just about every Pixar movie
3 years ago
WATCH: Ray D'Arcy Show audience member steals the spotlight by imitating the host
Next Page