The only resident of the UK not concerned with Brexit...

At least that is according to Chris Spurling, who was with photographer Colonel Robert Kenneth Wilson when the photo was taken, and on his deathbed revealed that the whole thing was staged. 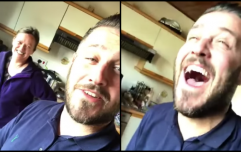 END_OF_DOCUMENT_TOKEN_TO_BE_REPLACED

Despite that, the Loch Ness Monster has been a much-discussed figurehead of folklore for hundreds of years, with over a thousand accounts of people having seen it, with the first documented sighting by an Irish person.

Yep, in 565AD, Irish missionary St Columba is said to have crossed paths with Nessie, but claimed to have seen it in the River Ness, not the lake.

Since then, despite... y'know... technology being invented and being really good at finding stuff, it turns out that a larger-than-you-might-think percentage of the population believe that the Loch Ness Monster could be a real thing, with 14% of all those polled in the UK believing in its existence.

And that number shoots up to nearly a quarter when focused just on those who live in Scotland:

With scientists set to reveal a “plausible theory” about the existence of the Loch Ness Monster, here is your reminder that one in seven Brits (14%) believe Nessie exists, with the figure rising to 24% among Scots https://t.co/m8ayLN56pT pic.twitter.com/acGDCFG4iz 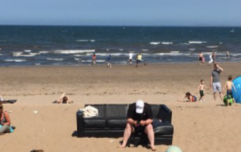 Man at the beach doesn't fancy sunbathing, brings his own couch instead

END_OF_DOCUMENT_TOKEN_TO_BE_REPLACED

Well, today (Thursday 5 September), scientists in New Zealand have announced their "plausible theory" as to what the Loch Ness Monster actually is (assuming it actually *is* anything at all).

They scoured the lake in search of DNA in order to find out what creatures live there and might have previously lived there. They quickly discounted anything like a somehow-long-living water-based dinosaur, but they did arrive at a somewhat understandable conclusion. 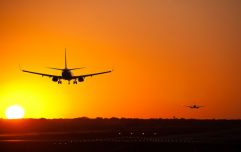 END_OF_DOCUMENT_TOKEN_TO_BE_REPLACED

Professor Neil Gemmell, a geneticist from New Zealand's University of Otago, told BBC News: "We can't find any evidence of a creature that's remotely related to that in our environmental-DNA sequence data. So, sorry, I don't think the plesiosaur (an order of extinct marine reptiles) idea holds up based on the data that we have obtained."

"So there's no shark DNA in Loch Ness based on our sampling," he added.

"There is also no catfish DNA in Loch Ness based on our sampling. We can't find any evidence of sturgeon either."

That is enough of what it isn't. What about what it is?

Gemmell continued: "There is a very significant amount of eel DNA. Eels are very plentiful in Loch Ness, with eel DNA found at pretty much every location sampled - there are a lot of them. So - are they giant eels?

If the Loch Ness Monster is real (r-eel?), it is probably a giant eel.

popular
5 years ago, Hollywood took a massive gamble on a huge sequel... and lost big time
Netflix has just added 12 very big movies to their library
One of the most underrated crime thrillers of recent years is among the movies on TV tonight
Mystery over 'dead husband' spotted in Indian restaurant has been solved
Netflix backtracks on anti-password sharing measures following user outcry
QUIZ: JOE's Big News Of The Day Quiz #40
The JOE Friday Pub Quiz: Week 332
You may also like
2 days ago
Ireland vs Wales: All the big talking points, moments and player ratings
3 months ago
Irish airport features in list of world’s most beautiful runways
5 months ago
Passenger plane dropped 1,200 feet in a minute without pilots noticing
10 months ago
Scottish Parliament official dies during rugby game in Dublin
1 year ago
Boris Johnson's plan to build tunnel between Northern Ireland and Scotland reportedly "dead"
2 years ago
64 new Covid-19 deaths reported in Scotland
Next Page