Might be time to get those old heirlooms valued.

Art experts have confirmed that a painting found in the kitchen of an elderly French woman is worth somewhere in the region of €6million.

The painting, whose name has been given as Christ Mocked, was painted by a 13th century Florentine artist known as Cimabue, or Cenni di Pepo. The discovery was made in the French town of Compiegne, where it hung in the kitchen of an elderly lady, hanging above a hotplate. 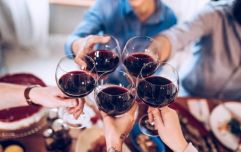 END_OF_DOCUMENT_TOKEN_TO_BE_REPLACED

None of Cimabue's paintings have ever been auctioned before, and Christ Mocked is expected to fetch as much as €6 million when it goes under the hammer next month.

The piece was identified as it is part of a polyptych — a series of works telling one story. Two other pieces of the series can currently be seen at London's National Gallery, and the Frick Collection in New York.

Art expert Éric Turquin was able to identify the painting in the woman's kitchen in this way, noticing that "You can follow the tunnels made by the worms... in the same poplar panel." Turquin also noted that the painting was done in an identical style.

How the work actually ended up in the woman's kitchen is a mystery. It will be auctioned off on 27 October.

popular
Amazon Prime Video has just quietly added 15 big movies to its library
An unforgettable sci-fi film is among the movies on TV tonight
Gardaí issue update on investigation into murder of Sophie Toscan du Plantier
The 50 most iconic songs of all time* have been revealed
Travis Barker rushed to hospital after tweeting "God save me"
WATCH: The first trailer for Blonde, the first adults-only movie made by Netflix
The 10 best TV shows of 2022 so far
You may also like
5 months ago
Macron wants to "piss off" the unvaccinated
6 months ago
Over 65s in France without booster will lose Covid pass
8 months ago
France to ban plastic packaging for fruit and vegetables from January 2022
9 months ago
Marks & Spencer to pull 800 lines from Irish stores
11 months ago
France to outlaw shredding and gassing of male chicks by 2022
1 year ago
Irish woman tragically drowns in the south of France
Next Page