The longest non-stop passenger flight has landed in Sydney

That's one hell of a journey.

The longest non-stop passenger flight has touched down in Australia after more than 19 hours in the air.

The landmark journey from New York to Sydney that Qantas hopes to commercialise took 19 hours and 16 minutes. In doing so, they're the first commercial airline to fly non-stop between New York and Sydney.

END_OF_DOCUMENT_TOKEN_TO_BE_REPLACED

The flightpath covered 10,000 miles (16,200 kilometres) in a Boeing 787-9 Dreamliner, with a team of researchers from Sydney University monitoring how passengers cope with the extended trip.

Qantas Flight 7879 travelled with 50 passengers and crew on board.

It departed New York’s John F Kennedy Airport at 9pm local time and had four pilots on rotation throughout the flight. Two additional pilots were also in the cabin, having flown the aircraft to New York.

The purpose of the record-breaking flight is to conduct scientific research on passengers and crew on an ultra-long haul flight, with the aim of increasing health and wellness, minimising jet lag and identifying optimum crew rest and work periods.

The flight is part of the airline's three Project Sunrise research flights that are scheduled to take place in October, November, and December 2019 with the aim of gathering ‘new data about inflight passenger and crew health and well-being.'

It is the first of three "ultra long-haul" journeys the Australian carrier plans this year - which also include one from London to Sydney – before it decides whether to introduce regular services on marathon routes from the United States and Britain to Australia.

Qantas are planning to launch commercial flights between the east coast of Australia (Sydney, Melbourne and Brisbane) and New York and London.

Our very first #QantasResearchFlight has arrived at Sydney Airport with a total flight time of 19 hours and 16 minutes. pic.twitter.com/9aOOV3Nz2s 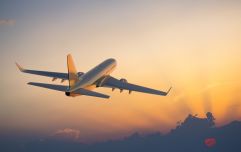 END_OF_DOCUMENT_TOKEN_TO_BE_REPLACED

The direct flights would save passengers up to four hours in total travel time and follow the successful Perth-London route, which started in March 2018 and is the only direct link between Australia and Europe.

While not designed for the 16,200 kilometre (10,200 mile) journey from New York to Sydney, the 787-9 that was used for the test research flight took off with maximum fuel and a restricted passenger and baggage load (and no cargo) to allow the aircraft to operate the flight non-stop.

All carbon emissions from this flight, and two additional research flights from New York and London to Sydney in November and December, will be offset.

Airbus and Boeing have pitched aircrafts (the A350 and 777X respectively) to Qantas with the range required to operate Project Sunrise flights on a commercial basis.

#QF7879 preparing for departure at @JFKairport in New York for @SydneyAirport. The 16,013 km flight is the 1st of 3 @Qantas #ProjectSunrise test flights. https://t.co/v39ZrePTJR

Read more about Project Sunrise and follow all 3 flights at https://t.co/pCazPpvn6P pic.twitter.com/t1mfSALOEF

Advertisement
House of Rugby Ireland · Quinn Roux on finding a home in Ireland and Mike McCarthy brings the absolute HEAT!
popular
The JOE Movie Quiz: Week 85
A woman has died following a car accident in Dublin
The JOE Movie Quiz: Week 86
QUIZ: The JOE Music Quiz: Week 41
Gardaí warn of scam targeting AIB customers
The JOE Friday Pub Quiz: Week 227
20 of the best comedies to watch on Netflix right now
You may also like
2 days ago
NPHET in favour of stopping all non-essential travel
2 days ago
‘Dark red’ zones with stricter travel restrictions set to be introduced in the EU
1 week ago
All passengers coming into Ireland to require negative test result
1 month ago
Ryanair announces two last-minute rescue flights for eligible Irish citizens stranded in the UK on Christmas Eve
1 month ago
People who arrived in Ireland from the UK after 11 December should eat Christmas dinner in their room – HSE
1 month ago
Tánaiste says there will be no road blocks on border during new Covid restrictions
Next Page