The show only went off the air in August

Love Island may have only just ended, but it is reportedly just weeks away from returning to our screens.

The winter version of the show is due to begin on January 16, the Mirror reported on Monday and is set in South Africa. END_OF_DOCUMENT_TOKEN_TO_BE_REPLACED

It is only the second series of the winter version as ITV2 was forced to cancel the show in 2021 due to the pandemic.

Maya Jama will also be taking over presenting duties from Laura Whitmore.

Love Island bosses are yet to confirm an exact start date and the names of this year's participants remain a mystery.

In June 2022, ITV shared a press release announcing the winter show's return, saying:  "As TV’s biggest show across 16-34-year-olds, Love Island will kick start the New Year with a fresh batch of Islanders heading to South Africa on a quest for love and romance. In the villa of their dreams, their stay in paradise will serve up everything from bombshell arrivals to hideaway hijinks." 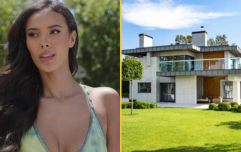 END_OF_DOCUMENT_TOKEN_TO_BE_REPLACED

Mike Spencer, the executive producer at Lifted Entertainment, added: "After eight brilliant series, we are excited to be serving up two helpings of love in 2023 by kicking off in January at a stunning new villa in South Africa.

"We can look forward to more romances, bromances and everything in between as we embark on another epic year of love."