They’re even coming from outside Leitrim to buy a ticket.

A small convenience store in the centre of a village in north Leitrim with approximately 1,000 inhabits is now responsible for almost €13 million in Lotto winnings in 13 years after selling a winning ticket for €1 million in Sunday’s Daily Million draw.

Five lucky prize-winning National Lottery tickets have been sold in Spar in Kinlough since 2006 (see details at the bottom of the page), including an €11.1 million syndicate win in August 2016 and an as yet-to-be-revealed winner of €1 million on Sunday. 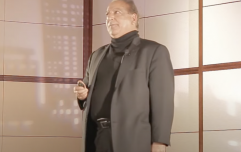 END_OF_DOCUMENT_TOKEN_TO_BE_REPLACED

Commenting on the store’s incredible run of luck, the owner of the store, Noel McGowan said: “It’s absolutely incredible that my customers in a small village such as Kinlough are famous for hitting National Lottery jackpots.

“For such a small population, we have defied all of the odds already but to have another customer who has become a millionaire over the weekend is really special for us. Following the last couple of big wins, we’ve had quite a few tourists visit the store to specifically buy a lottery ticket in the hope that our luck might rub off on them.

“The majority of our customers are local, however, so we have our fingers crossed that the winner is somebody from the village.”

The National Lottery is appealing to all Daily Million players in Kinlough, or people who might have bought a ticket while passing through, to check their tickets after one lucky winner matched six numbers in the 2pm Daily Million draw on Sunday.

popular
Amazon Prime Video has just added 21 big movies to its library
Here is a list of every Bank Holiday in Ireland in 2023
One of the best crime thrillers ever is among the movies on TV tonight
The 50 most iconic songs of all time* have been revealed
Netflix has just added one of the best sci-fi movies of recent years
Mark Hamill on the one piece of dialogue he got removed from the original Star Wars
Teenager killed in shark attack after swimming with dolphins in Australia
You may also like
2 months ago
Your friends in THESE counties are quickest to pay back money they owe, new study reveals
2 months ago
Tenant tried to sell landlord's €455k house without him finding out
2 months ago
A single ticket has just landed the world’s biggest lottery win of over €2 billion
3 months ago
Here's how much money each I'm A Celeb contestant will earn from the show
4 months ago
€600 energy credits and free schoolbooks for children set to be announced in Budget 2023
4 months ago
Living Wage in Ireland set at €13.10 per hour for 2023
Next Page