Get ready to say goodbye to the Moon tonight... but just for a little while!

A rare combination of two lunar events will create a 'super blood flower Moon' tonight - and we could enjoy some pretty spectacular views of it.

A total lunar eclipse and super-Moon will combine to make the 'super blood Moon' in the early hours of Monday morning. The full May Moon is sometimes referred to as the 'flower Moon'. So, you can even call this the 'super blood flower Moon' if you wish. 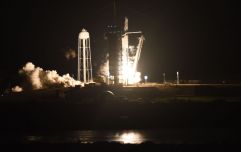 END_OF_DOCUMENT_TOKEN_TO_BE_REPLACED

As per NASA, a lunar eclipse (often called a blood Moon because of its red colour) occurs when the Sun, Earth and Moon align, so that the Moon is in the Earth’s shadow, known as the umbra. So, a total lunar eclipse is when the Moon falls into the darkest part of the Earth’s umbra - aka its dark, inner shadow.

This weekend will be a total lunar eclipse and up to 99.1 per cent of the Moon will be in the Earth’s shadow.

May's full moon will pass into Earth's shadow, turning a coppery red for those in the viewing area. Here's everything you need to know about the May 15-16 lunar eclipse: https://t.co/MBIsFaM3cW pic.twitter.com/NsqJYkkrRE 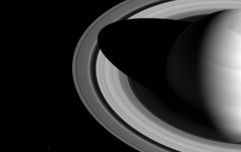 END_OF_DOCUMENT_TOKEN_TO_BE_REPLACED

And although no sunlight will be falling directly onto the moon, light from the sunrises and sunsets all around the Earth will still illuminate it, giving it its ‘blood’ red appearance.

What's more, the moon will be near its closest point to the Earth and therefore look larger in the sky - a phenomenon known as a super-Moon. Hence, the formation of the 'super blood Moon'.The total lunar eclipse will happen in several stages throughout the early hours of Monday morning.

It will be one of the longest of the decade and the first visible in this part of the world since January 2019 - so while you might be a bit tired later on in the day, this is an event you may not want to miss.

The first stage of the total lunar eclipse - the penumbral phrase - will begin here just after 2.30am. Although most of the sun’s light will be blocked at this point, some rays can still reach the Moon, creating a subtle darkening effect. While it sounds cool, this part can easily go unnoticed, so maybe don't worry too much about waking up at this time. 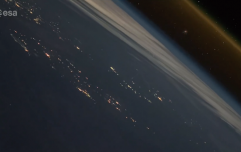 END_OF_DOCUMENT_TOKEN_TO_BE_REPLACED

It's when we get to the second stage - the umbral eclipse - that things really get exciting.

We'll be able to see the darkest part of the Earth's shadow passing across the Moon's surface. This starts just before 3.30am and ends just before 4.30am - when the Moon will become fully eclipsed. The Earth’s atmosphere will bend some of the sun’s light towards it and bathe the Moon in shades of deep red.

The Moon will set here pretty soon after this, but the eclipse will continue until 07.50am BST.

Sadly, we won't get as good a look as those watching from Central and southern America and the eastern regions of North America, who will be able to watch the whole thing. Then again, Australia won't get to see any of it so really we should thank our lucky stars.

popular
Gardaí unveil new Armed Support Unit vehicles to replace older models
Netflix has just added 33 very big movies to its library
One of the greatest crime movies of all time could be getting a sequel
The 50 most iconic songs of all time* have been revealed
The full list of cancelled flights in and out of Dublin Airport on Monday (so far)
QUIZ: It's time for one of our trickiest General Knowledge Quizzes yet
Increase in passenger charges at Dublin Airport may be on the way
You may also like
6 months ago
Irish scientists involved in developing the most powerful telescope ever built
7 months ago
Heinz launches Mars-grown tomato ketchup on store shelves... and into space
8 months ago
NASA astronaut shares amazing image of Dublin all the way from space
1 year ago
Out of control Chinese rocket lands in Indian Ocean close to the Maldives
1 year ago
NASA launches first controlled flight on another planet with Mars Helicopter
1 year ago
NASA confirms the presence of water on the moon
Next Page