Man's car almost hit by golf ball on Irish road where there is no golf course... or driving range

"It's just one of those things that you don't expect to happen."

A golf ball flying your way while driving along the M8?

Definitely one of those things that you don't expect to happen. 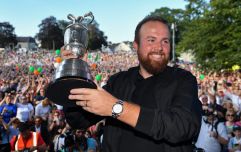 END_OF_DOCUMENT_TOKEN_TO_BE_REPLACED

And yet, one man in Cork had a near-miss of the kind usually associated with fairways and putting greens, only on a busy motorway.

Speaking to Patricia Messinger on C103’s Cork Today show on Monday, photographer and historian Bill Power recalled the bizarre incident, noting that he had a "close call."

The Mitchelstown native was on the M8 travelling at over 120 kilometres per hour between Fermoy and Cork, keeping his eyes on the road while overtaking, when a "white object" suddenly flew across the barrier from the opposite side.

"It crossed in front of the car ahead of me and bounced on the road in front of me," said Bill. "I thought it was going to go through my windscreen. 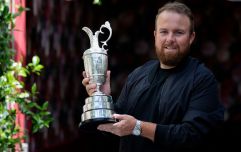 END_OF_DOCUMENT_TOKEN_TO_BE_REPLACED

"It then proceeded to bounce under my car, so it was literally just a few seconds in the difference of it hitting my windscreen or going underneath the car."

Bill explained that it all unfolded in approximately two seconds, and that he quickly realised that the object in question was a golf ball.

"I have no idea idea where it came out of," he admits. "I have no idea of what damage it may or may not have done behind me, but I certainly had a close call."

Messinger enquired as to the whereabouts of any nearby golf course of driving range. 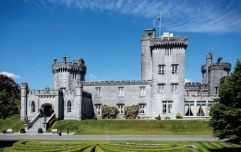 END_OF_DOCUMENT_TOKEN_TO_BE_REPLACED

"Well, either they're very bad golfers or very good golfers in Fermoy because there is, but I honestly don't think that anybody could drive a ball as far as the M8 from the golf course in Fermoy in fairness to them," laughed Bill.

A Facebook post the following day on Bill's page led to others recalling similar occurrences around the country involving golf balls, glass bottles and bricks being thrown at cars on motorways.

"It's one thing to have your car or truck damaged, but the potential consequence of doing something stupid like that is that one or several person's lives at possibly at risk," he said.

popular
Fish and chips could be removed from Irish menus over rising fuel costs
Netflix has just added 33 very big movies to its library
The full list of cancelled flights in and out of Dublin Airport on Monday (so far)
Jordan Peterson suspended from Twitter over Elliot Page comment, says he won't apologise
Increase in passenger charges at Dublin Airport may be on the way
The long-awaited MetroLink is finally happening, for real this time, honest
An action-packed thriller is among the movies on TV tonight
You may also like
5 months ago
Netflix to create Drive to Survive-style series around the PGA Tour
10 months ago
Golf's version of Drive to Survive is reportedly coming to Netflix in the very near future
1 year ago
Fine Gael senator says golf and sea-swimming restrictions should be lifted
2 years ago
"Very chaotic" - Irishman describes being struck by lightning on US golf course
2 years ago
Irishman hospitalised after lightning strike on US golf course
2 years ago
WATCH: RTÉ's interview with Shane Lowry's granny is absolutely wonderful
Next Page