For years, one of the most popular tattoos was a meaningful word or phrase in Chinese. Of course, there is always a chance that although you think you're getting 'love' written, it actually says 'poop' or something along those lines.

While the Irish are big fans of Asian lettering for their ink, others outside of Ireland like to get something as Gaeilge.

Irish is a beautiful language and there are plenty of sentimental phrases and words that can be etched onto the skin forever.

This man's tattoo is not one of them. 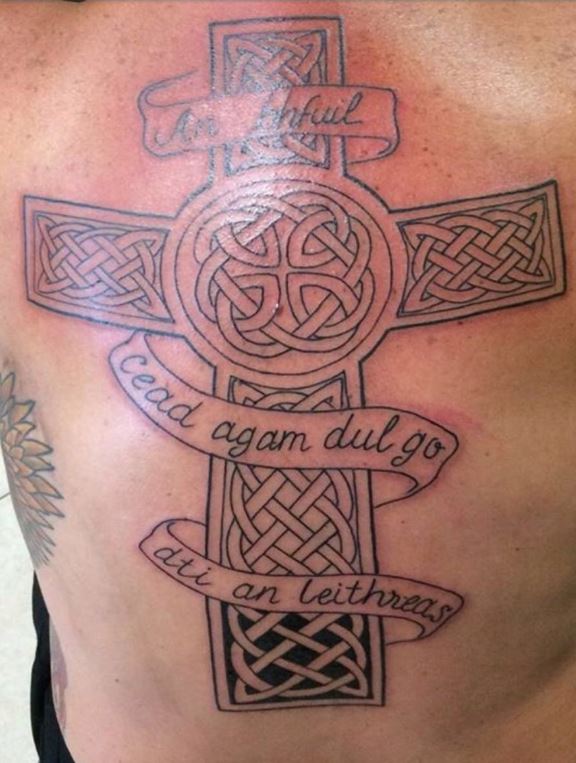 The tattoo which was shared on Imgur was originally posted on Facebook by a man who said:

'My new unfinished piece of back art, it says in gaelic ''you will forever be in my heart''. 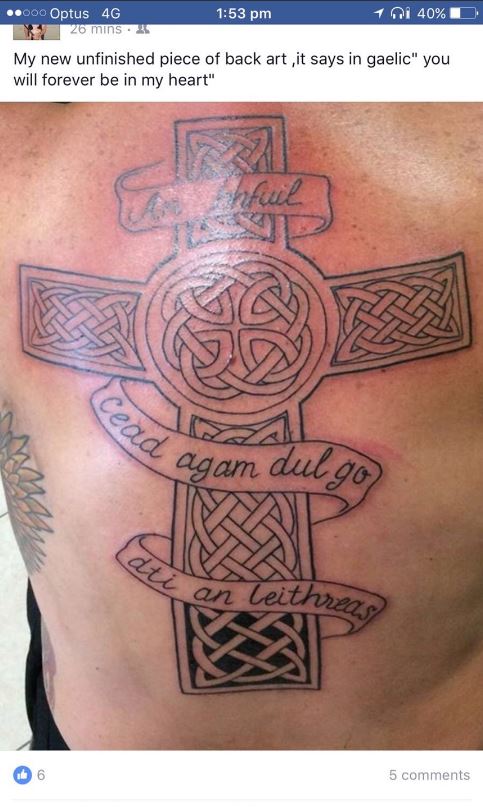 We wonder if any of those five comments below the picture is someone telling him what it really means?

For any non-Irish speakers out there, the tattoo asks the popular question 'can I got to the toilet?'

The Big Reviewski || JOE · TBR Spotlight: Loki - Episode Two - 'The Variant'
popular
QUIZ: Can you name all these European countries from a list of cities?
The JOE Friday Pub Quiz: Week 248
The 50 most iconic songs of all time* have been revealed
Three men arrested after reportedly attacking staff of premises on South William Street
PICS: The man with the biggest penis in the world has one unbelievable problem with it
One of the most iconic thrillers of all time is among the movies on TV tonight
The DUP is heading for self-destruction, claims Joe Brolly
You may also like
3 months ago
Incredible drone shot video from inside bowling alley goes viral
4 months ago
"I am not a cat" - Texas lawyer turns on kitten filter during court Zoom, and can't switch it off
1 year ago
Apostrophe Protection Society closes down, claiming "laziness has won"
1 year ago
25 of the funniest tweets you might have missed in October
1 year ago
WATCH: RTÉ raised their game with their Halloween reporting on Thursday
1 year ago
Comedian Josh Pray to stop making Irish-themed videos following online abuse
Next Page