Mark Wahlberg is a Paddy

Mark Wahlberg, the Hollywood movie star better known as the leader of the Funky Bunch, is as Irish as a 120 per cent mortgage.

Wahlberg was born in the most Irish district outside the Emerald Isle after Bondi â€“ Dorchester in Boston. His second name comes from his father Donaldâ€™s Swedish ancestry, but you donâ€™t have to dig too deeply to discover his green roots. 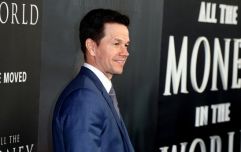 END_OF_DOCUMENT_TOKEN_TO_BE_REPLACED

He was raised in a contraception-scorning old school Catholic family and slid comfortably into the world as the last of nine children. His mother, Alma Elaine (nÃ©e Donnelly), who worked as a bank clerk and nurse's aide while his father was a delivery driver. His mother and father both had Irish ancestry from a number of strands, but his motherâ€™s grandmother, Sarah A. Doherty, was actually born in Ireland in 1873. Go back one further generation and six of his family were born on the sod â€“ they include Petersons, Bradleys, Dohertys, Dunns and Donnellys.

Before becoming Marky Mark of Funky Bunch fame, Wahlberg was actually quite the tear-away. He had 20-odd run-ins with the Boston Police Department and was cocaine addict by the age of 13.

His one man crime wave reached a pinnacle when, as a 16-year-old, he decided to rob a pharmacy while out of his box on PCP. He attacked two shop staff, middle-aged Vietnamese men, leaving one unconscious and the other permanently blinded in one eye.

He was charged with attempted murder, pleaded guilty to assault, and was sentenced to two years in jail at Boston's Deer Island House of Correction. Happily, he was back on the streets after serving 45 days.

Wahlbergâ€™s life changed when his elder brother Donnie shot to fame with boy band New Kids on the Block, a band in which Mark had at one point actually been a member. However, he didnâ€™t think much of their musical direction and opted to quit at the worst possible time (right before they turned into superstar multi-millionaires).

The silver lining was that his absence from the band meant Wahlberg could instead embark on his own musical project â€“ enter Marky Mark and the Funky Bunch. The group hit number one on the US Billboard Hot 100 with Good Vibrations, and the video featured Mark boxing, lifting weights, holding a scepter and asking, â€œYou feel it baby?â€ 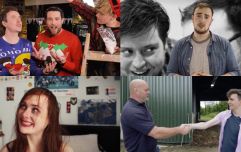 END_OF_DOCUMENT_TOKEN_TO_BE_REPLACED

Mark spared us the specticale of having ab envy every time we turned on MTV by knocking his musical habit on the head, and moving instead into the world of acting. He seems to have found his medium, featuring in films such as Boogie Nights, The Other Guys and giving an Oscar nominated performance in The Departed.

For his next trick, Walhberg will play the role of Irish-American boxing legend Mickey Ward in The Fighter. Itâ€™s due for release in December and judging by the trailer, it looks like itâ€™s going to be a cracker for those of us who enjoy taking ownership of the achievements of members of the Irish diaspora:

House of Rugby Ireland · Munster's nail-biting win, European games in doubt and Darren Cave interview
popular
QUIZ: Can you name the Marvel Cinematic Universe film from just a single screen shot?
QUIZ: Can you pass your driving test and guess the meaning of all these road signs?
QUIZ: Name all the countries of the EU that contain 2 vowels or less
QUIZ: Can you correctly identify these European country flags?
The JOE Movie Quiz: Week 85
The JOE Friday Pub Quiz: Week 226
QUIZ: Can you recognise each of these iconic Dublin pubs?
You may also like
1 year ago
Zoinks! Here's the first look at the Scooby-Doo origin movie you never knew you needed in your life
2 years ago
WATCH: James Corden beasted in the gym by Mark Wahlberg at 4am
2 years ago
Five times Mark Wahlberg was a total action badass
2 years ago
Mark Wahlberg's typical daily workout schedule looks pretty extreme
2 years ago
The Big Reviewski #33 with Idris Elba & a potty-mouthed puppet in The Happytime Murders
2 years ago
The Big Reviewski Film Club – WIN tickets to a special screening of new thriller Mile 22 starring Mark Wahlberg
Next Page