Brought to you by Lottoland.

We’ve all sat back and dreamt of winning the lottery at some stage. But domestic European lotteries pale in comparison to the megabucks jackpots that are available across the pond in America.

We took a look at some of the biggest lottery wins in history and the lucky so-and-sos who’ve been fortunate to win them.

84-year-old Gloria MacKenzie was the sole winner of this massive $590.5 million jackpot in 2013 but there was some serious luck involved.

She later revealed that another lottery player in the queue had let her go first when ordering her winning quick-pick ticket. That was an incredible break for Gloria but there must be a polite person out there who’s currently questioning their life choices.

Imagine winning the largest ever lottery jackpot and then having to share it? That’s what happened when three couples won the $1.58billion PowerBall jackpot in February 2016. Still, they were each entitled to a cool $528.7million so they weren’t exactly short-changed! 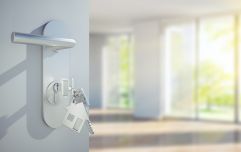 Looking to buy your first home in Cork, Limerick or Galway? Kickstart your mortgage by attending this virtual First Time Buyers Masterclass

END_OF_DOCUMENT_TOKEN_TO_BE_REPLACED

Tennessee couple John and Lisa Robinson were first to come forward via a TV interview, which they did before claiming their lottery win! Florida couple David Kaltschmidt and his wife Maureen Smith were the second winners.

Mae and Marvin Acosta waited six months before eventually coming forward with the third winning ticket. Now that’s a long time to wait before claiming a half a billion dollars.

An Arkansas man who won the $435.3million PowerBall jackpot in February 2017 choose to remain anonymous after claiming the 10th biggest jackpot in US history. However, he did find a novel way of celebrating.

He phoned his father, who joked “I thought you were calling to tell me you won the lottery.” The son’s response was “Maybe I did.”

He then turned up at his father’s house with the winning ticket and his favourite spiced jellybeans. Well, nothing says “I’ve just won an obscene amount of money” like eating jellybeans with your Da. 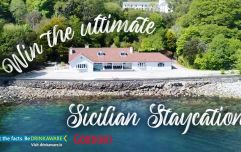 END_OF_DOCUMENT_TOKEN_TO_BE_REPLACED

B Raymond Buxton walked up to the lottery headquarters with his winning ticket in a t-shirt that said “Luck of the Jedi I Have.” Fault his logic, we can not.

He walked away as the sole winner of a mouth-watering $425 million jackpot in 2014. That’s around $100 million more than he would need to make his own Star Wars film.

This was another jackpot with more than one winner. One was Ira Curry of Georgia, who used the classic system of family birthdays on the winning ticket. The other winner was Steve Tran, who left an inspired voice message for his boss.

“I'm really sorry, boss. I hit the jackpot. I don't think I'm going to come in today, tomorrow, or ever.” As voicemails for your boss go, that would be a pretty sweet one to leave.

If you’ve ever dreamt of winning life-changing sums of money, you could be in luck.

Lottoland allows you to play all the biggest global lotteries like PowerBall, MegaMillions, WorldMillions and EuroMillions, plus the Irish Lotto, using its great mobile service. You can even set up a subscription to auto-play your favourite lotteries when they rollover, ensure that you’re the only winner with NumberShield and make jackpots twice as big with the  DoubleJackpot feature.

Sign up today and play EuroMillions for a €2 line to win free entry into Sunday’s $355 million PowerBall special jackpot. For more information, check out the Lottoland.ie website.

Brought to you by Lottoland.


popular
QUIZ: Can you correctly identify these European country flags?
396 new cases of Covid-19, 9 people admitted to hospital in last 24 hours
QUIZ: How well do you remember the Who Shot Mr. Burns episodes of The Simpsons
Trump says it's "a beautiful thing" journalist was shot with rubber bullet
QUIZ: Name the county from the beautiful attraction
The JOE Music Quiz: Week 25
#NosesForSíoda shows the best the Irish people have to offer in the face of loss
You may also like
1 week ago
"I'd act the b*llocks with that gift big time" – if Irish people had movie superpowers
1 week ago
This secret bar located in the old Guinness Power Station is about to become Dublin’s coolest hangout
1 week ago
Breaking the 'mystery' around horse-racing ahead of Longines Irish Champions Weekend
1 week ago
Win a private cocktail-making experience for you and up to five friends in Roe & Co Distillery's birthday competition!
1 week ago
Billion dollar Irish gaming company on course for $500million revenue in 2020
1 week ago
The Ultimate X-Men Movie Quiz - how much do you know about the mutant movie series?
Next Page