Mayo ice-cream is now a thing that exists, confirming humanity has collectively lost its mind

Why would you do this to us? 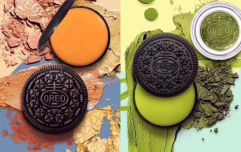 END_OF_DOCUMENT_TOKEN_TO_BE_REPLACED

Legit, the only reason we think anyone would do this is because you'd then give it to someone else, who would gladly take a mouthful thinking it was just vanilla ice-cream, only for it to actually be mayonnaise flavour, and then they never speak to you ever again.

And you know what? That would be the least you'd deserve for that kind of betrayal.

Listen, sometimes it is good to try out new things.

Remember that place in Down that started selling ice-cream burritos? They totally worked. But that is because it was, fundamentally, still normal ice-cream. 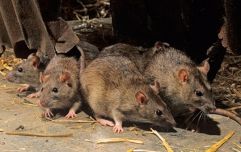 END_OF_DOCUMENT_TOKEN_TO_BE_REPLACED

ICE Falkirk in Scotland have made this concoction, and we're 100% not okay with it existing.

That is it. That is all we have to say about the matter. Unless someone out there has actually tried it and wants to report back? Because we're not doing it. There are some lines that are just not meant to be crossed.

The Big Reviewski || JOE · TBR Spotlight: Loki - Episode Two - 'The Variant'
popular
Two teenagers die in separate incidents in Dublin and Waterford
Netflix releases trailer for documentary series Sophie: A Murder in West Cork
Dominic Cummings reveals "texts from Boris" calling Matt Hancock "f**king hopeless"
QUIZ: You won't be able to guess all these brands from their slogans
Richard Madeley goes full Partridge with Hitler Youth reference on Good Morning Britain
British Government to introduce Irish language act in Northern Ireland by October
There are four big movies arriving in Irish cinemas this week
You may also like
2 years ago
All-You-Can-Eat restaurant forced into bankruptcy after two weeks due to customers eating too much
3 years ago
People in a small town in Florida were sent into a panic when an alert was issued for a zombie outbreak
3 years ago
WATCH: Football player sets fire to their own open-top bus during title-winning celebrations
3 years ago
WATCH: Package filled with 3,000 bees breaks open in truck, driver remains unbelievably calm
3 years ago
U.S. police task forces set up to crack down on 'city-wide paintball wars'
3 years ago
QUESTION: Which film scene scared the crap out of you as a child?
Next Page