Model Ivana Knoll - who has previously been crowned as Miss Croatia - posed for pics in a revealing red and white dress while at Croatia's match against Canada on Sunday, with her shoulders and knees fully exposed. 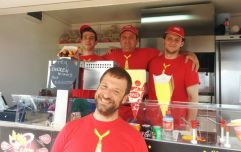 From Croatia with love: This start-up is reinventing the Irish chip experience

END_OF_DOCUMENT_TOKEN_TO_BE_REPLACED

This is despite Qatar's strict approach to clothing, with the country's tourism page stating that both men and women are "expected to show respect for local culture by avoiding excessively revealing clothing in public."

In a post on Instagram, Knoll revealed the outfit she chose to wear to Croatia's game against Canada at the Khalifa International Stadium. 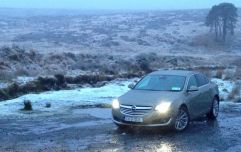 END_OF_DOCUMENT_TOKEN_TO_BE_REPLACED

She'll have left the stadium in high spirits as well, with Croatia coming from behind to beat the Canadians 4-1 in a convincing win.

This isn't the first time that Knoll has captured attention at the tournament.

Last week, she attended Croatia's opening World Cup match against Morocco and made headlines for her Croatian flag-inspired dress.

She also launched a brutal attack against the Qatari organisers, labelling the tournament as the "worst organisation in history."

In a post on social media, she said: "This is a disaster! I feel sorry for all the people who can't go to the World Cup because of the worst organisation in history.

"My entourage didn't get a Hayya card even after 20 days, even though they have all the tickets to the final.

"It's clear why so many people didn't even want to participate in this circus!"

She then angered people by posting a video in a revealing outfit, with some people accusing her of being disrespectful towards the local culture.

Croatia's final group game is on Thursday. They take on Belgium at 3 pm at the Ahmed bin Ali Stadium as both teams look to secure their place in the last 16 of the tournament.

popular
Conor Mcgregor hit by car ‘at full speed’ while cycling
Colin Farrell shouldn't win the Oscar this year
Parents left in shock after gorillas start mating in front of kids at zoo
S Club 7's Hannah Spearritt and children left homeless after being forced from home before Christmas
Netflix has just added one of the best sci-fi movies of recent years
All of the new Netflix movies and shows arriving in February
New Netflix series deserves to be as big as Stranger Things
You may also like
1 month ago
Ex-Miss Croatia makes promise to fans if her country wins World Cup
1 month ago
Miss Croatia stopped by security at World Cup quarter final
2 months ago
Miss Croatia slammed for raunchy World Cup videos that ‘disrespect Qatar’
6 months ago
20-year-old Irish man dies after fall in Croatia
1 year ago
A beautiful seaside town in Croatia is appealing for remote workers to come and live there
4 years ago
An incredible World Cup final bet sees punter landing €10,000
Next Page