Teens tried to steal judge's motorbike from court despite guards, gates and CCTV

The teens ended up leaving their own mopeds at the scene but the plan went terribly wrong.

In a particularly "brazen and audacious" act, two teenagers tried to steal a  judge’s £15,000 motorbike from a court car park.

Shay Hollis, 18, and Deon-Dre Rogers-Barrett, 19, came across the judge’s motorbike - along with an accomplice who remains at large - at Snaresbrook Crown Court, in Redbridge, London. 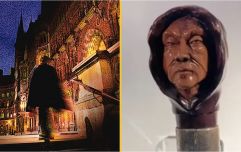 'Face of Jack the Ripper' revealed after police discovery

END_OF_DOCUMENT_TOKEN_TO_BE_REPLACED

The pair arrived at the scene on mopeds on 16 April 2021 and began wheeling the BMW R 1250GS Adventure TE Rallye away but were challenged by a member of security.

Hollis threatened the guard with a machete, and fearing he would be seriously injured, he fled inside the court.

The pair then began pushing the motorbike away from the courthouse, but not before security at the court shut the gates, trapping them inside.

This forced them to dump the stolen bike, their own mopeds, helmets, angle grinder and the machete and climb over the fence, fleeing on foot. 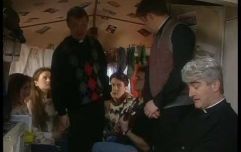 END_OF_DOCUMENT_TOKEN_TO_BE_REPLACED

Police arrived a short time later, but the trio had fled the scene.

The discarded items were seized, and forensically examined and an investigation was started by officers from the Met’s Operation Venice which focuses on tackling moped and motorcycle crime and theft.

One of the discarded mopeds was found to be registered and insured to Rogers-Barrett, while the other items were forensically linked to him and Hollis.

Distinctive clothing worn by Hollis during the offence was found following a search of his home address. Both were arrested on 27 May 2021.

Rogers-Barrett had called police 90 minutes after the robbery to falsely report that he was robbed at knifepoint of his own moped and mobile phone. 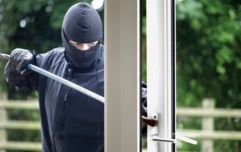 END_OF_DOCUMENT_TOKEN_TO_BE_REPLACED

Investigators proved this didn’t happen by reviewing CCTV from the location of the fake robbery.

They also recovered the same phone he reported stolen from his home when he was arrested.

Despite Rogers-Barret, from Enfield, denying knowing Hollis during the interview, the police found images of him on his phone.

Both were charged and remanded in custody until they were sentenced at Wood Green Crown Court.

Rogers-Barrett was sentenced to 21 months imprisonment suspended for 18 months and ordered to complete 25 days of rehabilitation activity. He was also given a three-month curfew monitored by electronic tag and ordered to pay £500 compensation to the victim.

He had previously pleaded guilty to robbery and not guilty to affray.

Hollis, also from Enfield, was sentenced to an 18-month supervision order, ordered to carry out 12 hours of unpaid work, and pay £500 compensation to the victim.

He had pleaded guilty to robbery, criminal damage, threatening a person in a public place with an offensive weapon and affray.

PC Ian Croxford, from the Met's Operation Venice, said the pair was "intent on stealing a valuable motorcycle in an attempt that can only be described as brazen and audacious. To ride into the grounds of a Crown Court and try this shows a flagrant disregard for the law."

He added: "That the brave security staff who challenged them were threatened with a machete shows they were not afraid to use violence to get what they wanted.

"This should serve as a warning to anyone concerned in serious criminality that we will investigate and will use every tool at our disposal to bring you to justice."

popular
Conor Mcgregor hit by car ‘at full speed’ while cycling
Colin Farrell shouldn't win the Oscar this year
Parents left in shock after gorillas start mating in front of kids at zoo
S Club 7's Hannah Spearritt and children left homeless after being forced from home before Christmas
Netflix has just added one of the best sci-fi movies of recent years
New Netflix series deserves to be as big as Stranger Things
All of the new Netflix movies and shows arriving in February
You may also like
6 days ago
Killer who beat his ex-girlfriend to death has face slashed open in prison
6 days ago
UK's most dangerous criminal breaks solitary confinement world record
4 weeks ago
Greta Thunberg takes dig at Andrew Tate over pizza boxes following his arrest
4 weeks ago
Andrew Tate releases statement following Romania arrest
1 month ago
UK pub shooting: Woman shot dead on Christmas Eve identified
1 month ago
UK police officer says she was "unaware" her husband was a drug lord
Next Page