This is how much sex you 'should' be having, based on how old you are

The results are in...

The Journal of Sex Research has published new information on just how often certain age groups are getting busy between the sheets.

END_OF_DOCUMENT_TOKEN_TO_BE_REPLACED

According to the data gathered, people under the age of 30 typically have sex twice a week – about 112 times a year.

Those in the 30 to 39 category are likely to get intimate less frequently – about 1.6 times per week, or 86 times a year.

Then those who are aged between 40 and 49 have sex only 69 times per year, about half the amount of those in the 18 to 29 category.

They found the reason why people have less sex as the get older is not just down to physical factors but emotional ones too. 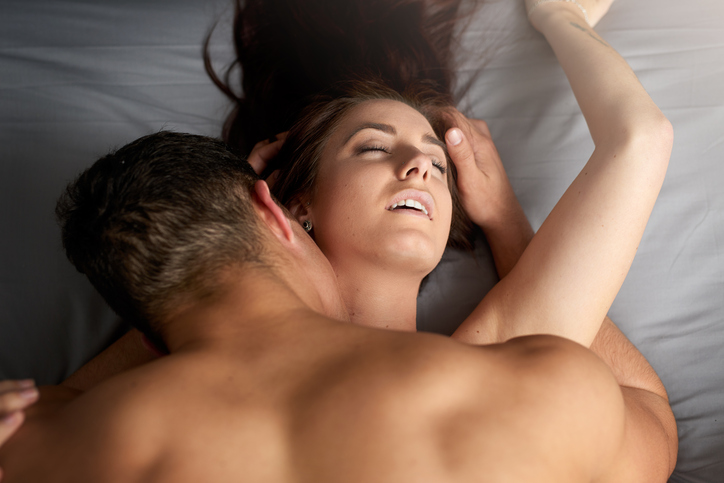 Commenting on the research, Dr Justin Lehmiller said: “Those who feel older and have more negative attitudes toward aging are likely to perceive the sharpest declines in the quality of their sex lives."

“At the same time, the younger people feel, the more likely they are to maintain high sexual satisfaction as they get older – or at least they’ll experience a much less noticeable change," he added.

END_OF_DOCUMENT_TOKEN_TO_BE_REPLACED

And according to sex experts, they believe that discussing health-related sexual difficulties in the context of a relationship or seeking medical help if problems do arise, could make the biggest difference in improving sexual health and relationships.

Therefore it looks like the younger you feel and the more open you are about any bedroom woes with your partner, the better it will shape your sexual experiences.

The Big Reviewski || JOE · TBR Spotlight: Loki - Episode Six - 'For All Time. Always.'
popular
Dublin pub hit with 'about 50 or 60' fake bookings on first day of indoor service
Met Éireann forecasts "heavy blustery showers" for this week
QUIZ: How many of these famous erect landmarks can you recognise?
QUIZ: Can you get 10/10 in this quick County Cork quiz?
The 50 most iconic songs of all time* have been revealed
Leo Varadkar confirms Ireland to overtake UK's vaccination rate in "next week or so"
COMPETITION: Win one of these very cool new Guinness summer furniture kits
You may also like
1 day ago
Fáilte Ireland update guidelines for hospitality late on Sunday night
4 days ago
Government opens online service to claim a certificate of recovery from Covid-19
6 days ago
Leo Varadkar says Ireland is "without a doubt" well into a "fourth wave" of Covid-19 pandemic
6 days ago
Nearly four out of five adults in Ireland partially vaccinated against Covid-19
1 week ago
Here are the restrictions being eased today as Ireland continues its reopening
1 week ago
Unvaccinated staff working in indoor dining is "low risk", says Tony Holohan
Next Page