Another day, another 'young people spend their money on frivolous things and that's the real reason they'll never afford a house' argument.

In the financial firing line this time around – your (admittedly increasingly costly) Netflix subscription. No season two of Squid Game for you, mate! 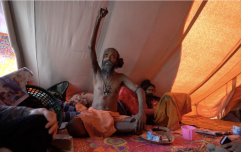 END_OF_DOCUMENT_TOKEN_TO_BE_REPLACED

A new study carried out by researchers at King’s College London focused on what advice 'baby boomers' – people born between 1946 and 1964 – might have for millennials – 1981 and 1996 – in this inflation-heavy day and age.

Top of the list; cancel the Netflix sub, scale back on takeaways – food and coffee – and do away with other "luxury" lifestyle options. The UK Times highlights further contentious avenues of the study, including booking holidays abroad and buying expensive mobile phones.

The study, titled 'Housing, hard work and identity: generational experiences and attitudes', specifically surveyed the UK public, but the ongoing contrast between boomer and millennial living – and, indeed, realistic expectations – represents a universal and stark conversation.

We won't bring Generation Z into it for, as a millennial, I simply do not have the strength. As for the King's College data, it does at least find room for common sense acknowledgement, with three in four (76%) of those interviewed agreeing that the key reasons young adults today can't afford to buy their own homes is due to an overall societal systemic failure, factoring in escalating house prices and low wage growth. 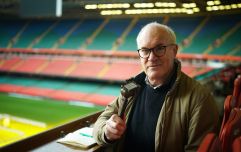 END_OF_DOCUMENT_TOKEN_TO_BE_REPLACED

However, a prevailing attitude emerges, arguing that the youth of today simply do not work as hard as people from previous generations.

"The suggestion that the huge challenges young people face in buying their own home can be solved by skipping fancy coffees and Netflix entirely misses the point – but it’s still believed by half the public," says Professor Bobby Duffy, director of the Policy Institute at King’s College London.

"But it also reflects our general tendency to think bad of today’s young people. Throughout history, people always think the current youth are the worst ever, as seen in the half of people who agree with a quote, often attributed to Socrates back in 400 BC, berating young people for their love of luxury, gossip and bad manners.

END_OF_DOCUMENT_TOKEN_TO_BE_REPLACED

Duffy suggests that part of this perception stems from how people "now live much more separately than in the past", pointing to a higher concentration of young people in cities in comparison to older people residing in smaller towns and villages.

"Generational labels, like Baby Boomers and Millennials, is also part of the problem, as there are so many stereotypes attached to each," Duffy adds. "The public do, however, recognise this – with over half saying the labels are about as useful – or useless – as star signs."

You can read the full study here, if you haven't already switched Netflix on.

popular
The JOE Friday Pub Quiz: Week 324
The "eighth best movie ever made" is among the movies on TV tonight
Irish woman selected for first civilian mission around the Moon
New country-wide weather warnings issued as temperatures set to drop to -6 this weekend
Mia Khalifa claims seaside town is better than Miami
15 years ago, one of the greatest scenes of the 21st century arrived in cinemas
Jennifer Lawrence sparks controversy by saying she was the first woman to lead an action movie
You may also like
22 hours ago
A Place In The Sun's Jonnie Irwin takes son to see Santa after terminal cancer diagnosis
1 day ago
Russia frees US basketball star in swap with 'Merchant of Death' arms dealer
5 days ago
Patient arrested after switching off roommate's ventilator because it annoyed her
5 days ago
'America's Unknown Child' identified solving mystery after 65 years
6 days ago
Peter Kay moved to tears on stage while opening his first stand-up tour in 12 years
6 days ago
Cruise ship passenger who fell overboard swam in shark-infested waters for 20 hours
Next Page