There was a time about two years ago when all anybody could talk about was the Serial podcast.

The first Serial was downloaded over a quarter of a billion times, and was a major part of the massive uptick in podcast consumption today.

To this day, the case still rumbles on and people still argue over whether or not they think Adnan did it, and while Season 2 of the podcast didn't reach the same giddy highs, the next project sounds like it's going back to that murder-mystery well that had everyone hooked from the first season. 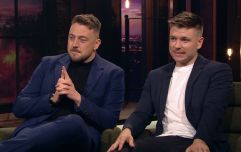 END_OF_DOCUMENT_TOKEN_TO_BE_REPLACED

S-Town (the "S" stands for "Sh*t", by the way) tells the story of John, a resident in a small Alabama town who is absolutely convinced that something terrible has happened there.

S-Town is available for download on Wednesday 28 March, and you can find it here.

He contacts Brian Reed - a producer from This American Life, which is where Serial sprung from - to tell him his story of "the son of a wealthy family who's allegedly been bragging that he got away with murder. But then someone else ends up dead, sparking a nasty feud, a hunt for hidden treasure, and an unearthing of the mysteries of one man's life."

If the first season had us literally gripped at the prospect of conflicting cell towers, just imagine what they can do with hidden treasure.

S-Town is hosted by Brian Reed, who’s normally This American Life’s senior producer. He’s been working on this story for more than three years. All seven chapters of S-Town will be released simultaneously on March 28, so if you subscribe now, you’ll get them the moment they drop. stownpodcast.org (link in bio) ?: @_andrea_morales

popular
Here's how to make €9-11 on Revolut in just a few minutes
Green Party representative calls for a temporary ban of stag and hen parties in Ireland
Off-duty Garda arrested in Tipperary on suspicion of drink driving
Pop Idol star Darius Campbell Danesh has died, aged 41
Murder investigation launched following death of 75-year-old woman in Kerry
Dublin Bus passenger assaulted in suspected homophobic attack
QUIZ: You won't be able to correctly guess the meaning of all these words
You may also like
2 months ago
The 2 Johnnies say over 100 people have contacted them about the GAA catfish
2 months ago
The 2 Johnnies share unbelievable catfish ordeal affecting over 40 people
11 months ago
Joe Rogan tests positive for Covid-19 after telling listeners not to get vaccine
1 year ago
EXCLUSIVE: Listen to Paul Mescal's song ahead of release of new Irish crime podcast series
1 year ago
JOE's new podcast series will be giving weekly breakdowns of The Fast & Furious Saga
2 years ago
Any Scrubs fans out there should really be listening to this podcast
Next Page