Fancy being a pilot, a professional sportsman or a travel writer? Well, if you’re an Irish bloke then chances are you probably wouldn’t mind doing one of the three aforementioned jobs.

According to new research commissioned on behalf of Budweiser, the top three dream jobs as chosen by Irish blokes are a professional pilot, professional sportsman and travel writer.

The research was carried out by iReach in July 2013 and revealed that 81 per cent of Irish blokes say they’re not currently working in their dream job, while lack of opportunity (52 per cent), lack of money or financial commitments (31 per cent) and a lack of self-belief (26 per cent) are the biggest barriers to pursuing their dream. 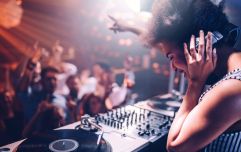 Get tickets to this epic free Tomorrowland event here

END_OF_DOCUMENT_TOKEN_TO_BE_REPLACED

So how do you go about getting your dream job? Well, the guys at Budweiser are offering someone a chance to pursue their dream with a prize fund valued at €50,000, including a €40,000 cash prize, which will allow the overall winner the freedom to take real steps towards securing their dream job over a 12 month period.

The winning prize also includes a €5,000 equipment bursary as well as practical mentoring sessions with experts in the winner’s area of interest. The four runner-up finalists will each receive an equipment bursary of €2,000.

To have a chance of bagging your dream job, simply apply on the Budweiser Facebook page by uploading a video or creative CV until August 9. Just make sure you're over 18 before you do...

The Big Reviewski || JOE · Cartoon Saloon's Tomm Moore & Ross Stewart on their incredible new film Wolfwalkers
popular
Sale of luxury castle in Kerry, described as "one of Ireland’s best kept secrets”, completed for €4.5 million
Pfizer/BioNTech Covid-19 vaccine to be rolled out in UK next week after government approval
What the hell is 'Stomp and Holler', and why does Spotify insist that you love it?
Actor Ellen Page comes out as transgender, changes their name to Elliot
Weather advisory issued for all of Ireland, with snow on the cards
We're sorry, but a new clip from Wild Mountain Thyme is on the loose
The JOE Movie Quiz: Week 80
You may also like
1 year ago
Here's how to get tickets to our free FA Cup Final Preview night
1 year ago
Fancy FA Cup Final tickets? Our Crossbar Challenge game could be your last shot
1 year ago
Think you can get a top score in our Crossbar Challenge game?
1 year ago
The top 5 moments in Super Bowl history
1 year ago
COMPETITION: Win two Super Bowl 2019 tickets with flights and accommodation
4 years ago
What it's like to work on a big TV ad: JOE meets Conor McGregor
Next Page