The biggest night out of the year can often be one of the most disappointing but it doesn’t have to be. Here’s a few handy tips we’ve picked up over the years.

Going out too early

Never has the phrase 'it’s a marathon, not a sprint' been more apt than New Year’s Eve night. The entire point of the thing is to make sure you are upright and awake when the clock strikes 12 to welcome in the New Year. If you head to your local at three in the afternoon, you’re not going to make it to 12, and if you do, you certainly won’t remember anything about it. Pace yourself. 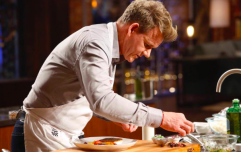 END_OF_DOCUMENT_TOKEN_TO_BE_REPLACED

Going out too late

Linked to the first one, you must not make the mistake of thinking that New Year’s Eve is just like a normal Saturday night. People who never venture out are hitting the town on December 31. Your normal plan of hopping in a taxi at 10 to get a nice comfy seat by 10.30 isn’t going to cut it. Pubs that are normally as quiet as an Angela Merkel fan club meeting are packed to the rafters and the really good spots are going to be tricky to wedge yourself into. Best advice is head in about an hour earlier than you normally would. You should be grand.

Never, under any circumstances, head out on New Year’s Eve without a plan. It is not a night for having a wander and see what spot is buzzing. Everywhere is buzzing so everywhere will be worth a look. Pick a venue, make sure all your friends know where it is, and stick to the plan. Deviation from the plan leads to singing Aul Lang’s Syne on your own while a stranger puckers up to you. 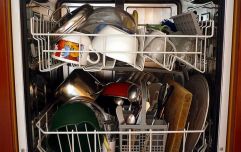 Video: This is how to load your dishwasher properly, apparently

END_OF_DOCUMENT_TOKEN_TO_BE_REPLACED

Whether you get a lift in, get a taxi, bus, LUAS or horse-drawn carriage, traffic on New Year’s Eve will be tricky. Loads of people trying to get to the same place at the same time leads to delays. It’s going to happen but you will get there. Be patient, be understanding of the folks that are working to get you out on the town and leave a bit of wiggle room when it comes to meeting people. And as we said above, leave a bit earlier than normal.

It is a night like no other, that’s why it is a great night out. But that also means mad stuff can happen. You could get your beard stuck in an escalator (men only problem). You could get your heel stuck in dodgy paving slab (covers both genders in our experience). You could meet a wizard and be sent off on an adventure. You could fall in love with your bus driver and never get off the 77. Be prepared for anything. Embrace the crazy. It’ll be worth it… 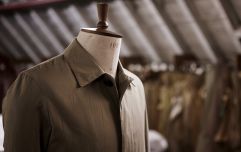 Return of the Mac: Stylish raincoats to deal with the Spring weather

END_OF_DOCUMENT_TOKEN_TO_BE_REPLACED

Of course, you can avoid all these problems by getting tickets for the Three NYE Countdown Concert. They  can be purchased at http://nyedublin.ticketsolve.com and in selected Three stores around the country. Tickets are priced at €25.00 + €2.50 booking fee.

Get booking so that you too can celebrate the last few hours of 2013 at the Three NYE Dublin Countdown Concert – the biggest street party of the year! it’s the only place to ring in 2014. For more info and tickets visit http://www.3nyedublin.ie/

popular
Man arrested following discovery of a body in apartment in Dublin
Weather advisory issued as temperatures in Ireland set to soar again
QUIZ: Can you score 12/15 in this difficult General Knowledge Quiz?
Family of Ashling Murphy share heartbreaking tribute at Fleadh Cheoil
QUIZ: Test your skills to the limit with this General Knowledge Quiz
The JOE Friday Pub Quiz: Week 306
The JOE Movie Quiz: Week 166
You may also like
2 years ago
Five ways to ensure your car is ready for the Irish winter
3 years ago
Seven tips to improve your golf handicap
3 years ago
Seanad passes bill to ensure bar and restaurant workers in Ireland get to keep their tips
8 years ago
Video: Here's your simple guide to today's big one, the Tote.com Galway Plate
8 years ago
Apple unveil some of the new features that will appear in iOS8
8 years ago
Video: Jonah Hill and Channing Tatum give some pointers to the teams at the World Cup
Next Page