Nike has released its first pair of hands-free runners as part of its popular FlyEase range.

The Nike GO FlyEase is made of two sections connected by a hinge that allows users to put them on and take them off without tying shoelaces or using another fastening.

According to GQ, the runner is "ideal for a range of activities from fencing to jogging", while also referring to it as one of the brand's "most revolutionary trainer designs to date."

END_OF_DOCUMENT_TOKEN_TO_BE_REPLACED

The shoes have gathered quite a reaction on social media, with some claiming that the term "hands-free runner" is bizarre, however, many were quick to point out that this type of shoe could be particularly beneficial for those with certain physical disabilities.

Nike design lead and American Paralympic triathlete Sarah Reinersten said: "Shoes for a long time have been a bit antiquated in the way that we undo the laces and then lace them up, this is a more modern, more elegant way to get in and out of your shoes and an easier way – you don't even think about it."

They look pretty cool if you ask us.

However, if you're interested, they don't come cheap, with them being priced at approximately €120. 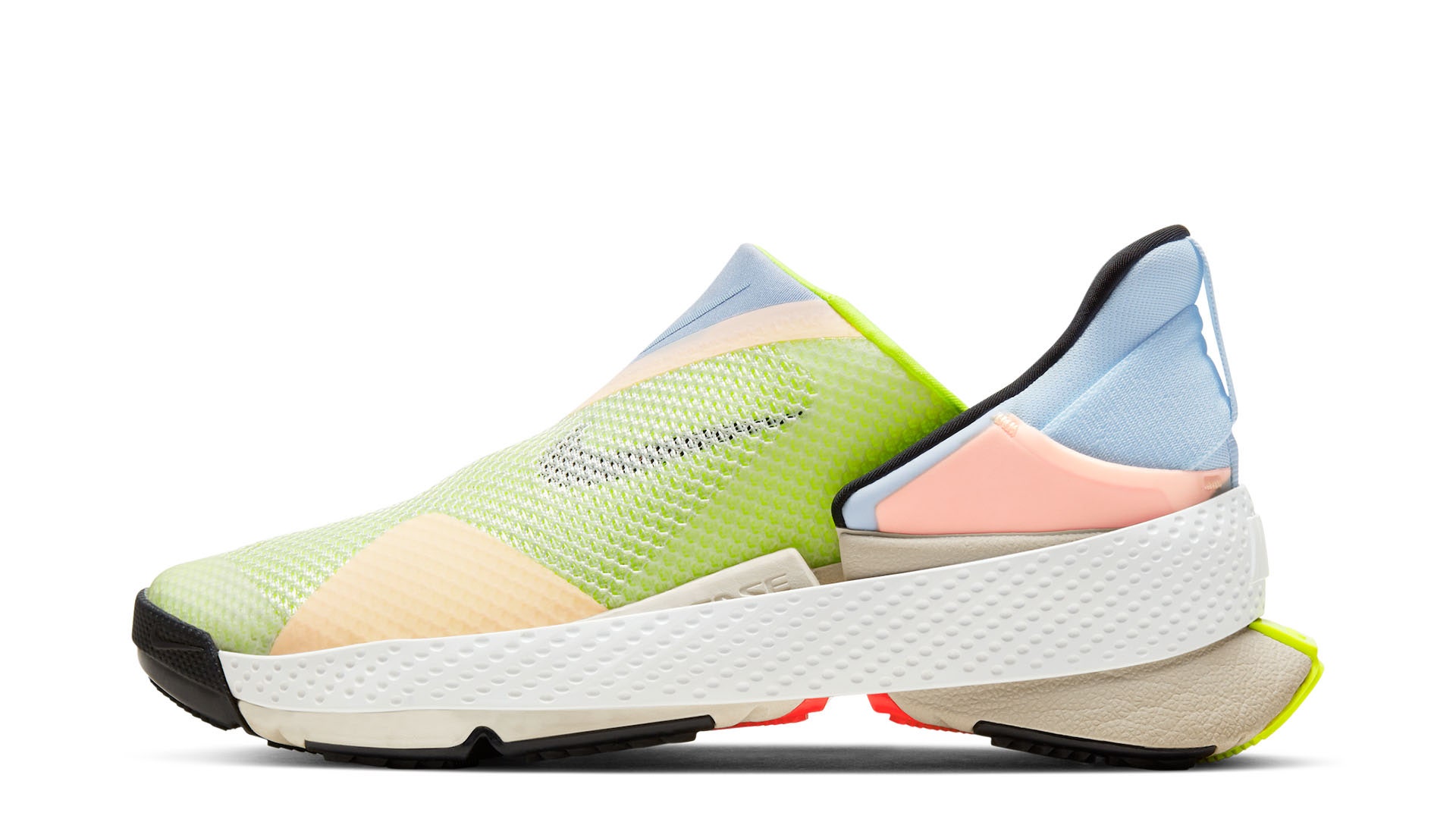 popular
Here is a list of every Bank Holiday in Ireland in 2023
Dublin property advertises 'bedroom' to rent with black plastic sheets instead of walls
Bereaved mother shocked after sister uses her late baby's name for her own child
One of the best crime thrillers ever is among the movies on TV tonight
Amazon Prime Video has just added 21 big movies to its library
The Last Of Us Episode Five will premiere days earlier in Ireland and UK
Nicola Bulley's phone found by the river 'could be a decoy', diving expert suggests
You may also like
1 year ago
Penneys to create 700 jobs over new investment and store
3 years ago
Aer Lingus unveil brand new uniform for flight attendants
3 years ago
Nine outfits you have definitely seen men wear on a night out in Ireland
3 years ago
These 'shoe condoms' could be just what you need this festival season
3 years ago
PICS: The new male and female Garda tracksuits will be a big hit this summer
1 week ago
Parents left in shock after gorillas start mating in front of kids at zoo
Next Page