The National Transport Authority has formally confirmed that two Dublin Bus routes are set to become 24-hour services on 1 December, 2019. 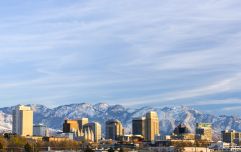 END_OF_DOCUMENT_TOKEN_TO_BE_REPLACED

From the start of next month, both services will run buses every half an hour between midnight and 5am.

The NTA has also confirmed that "daytime frequency on the 15 and the 41 will improve," though no specifics are available on this yet.

Not only that, but the fare structure will remain unchanged, which means there will be no additional charge to the customer for travelling late at night. Buses after midnight will continue to accept Leap Cards, Free Travel Cards and cash.

NTA CEO Anne Graham said: "The manner in which Dublin functions as a city has shifted gradually but dramatically in recent years. It is no longer the case that city shuts down at 11 or 12 at night.

"The patterns of work and socialising have changed. For instance, the success in attracting to the city, major employers who are headquartered many time-zones away, serving markets around the world, means that commercial and economic activity in Dublin continues around the clock.

"The airport has become busier and busier, in recent years, and is itself a major employer. There is a clear demand for more transport options to the airport, not just for their passengers, but for the thousands of people whose jobs require them to be at work early in the morning or late into the night."

The Big Reviewski || JOE · Matt Damon, Camille Cottin, Abigail Breslin and director Tom McCarthy discuss new drama Stillwater
popular
Leo Varadkar said he tried to be "extra careful" while attending Katherine Zappone's 50 person function at hotel
Electric Picnic won't go ahead this year as Laois County Council refuse to grant licence
1,314 new cases confirmed across Ireland as total of deaths related to Covid-19 climbs to 5,044
Scientist says decision to go ahead with communions and confirmations could lead to "super-spreader events"
Netflix unveils its full list of classic movies arriving throughout August
Katherine Zappone hosted 50 friends, including Leo Varadkar, at five-star Dublin hotel days before envoy appointment
Met Éireann issues weather warning for entire country ahead of week of thunder and flooding
You may also like
1 month ago
New “enhanced” bus services to begin this weekend in Dublin
2 months ago
Dublin Bus has put 25 of its old double-decker vehicles up for sale
10 months ago
Eight people injured, two seriously, following collision between Dublin Bus and a car
11 months ago
Gardaí investigating after male youth stole and crashed a Dublin Bus
1 year ago
Public transport services to continue as normal following widespread closures
1 year ago
Some Irish Rail services suspended in Dublin after vehicle damages barrier
Next Page