More than six in ten workers would consider using a remote working hub if it was in their area.

The hybrid model continues to rise in popularity in Ireland, as more than half of Irish workers say that working from the office is more expensive than working from home.

The sentiments were shared in the latest Taxback.com Taxpayer Sentiment Survey, published on Tuesday (10 May). 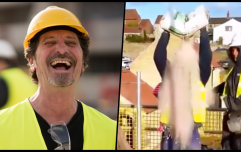 END_OF_DOCUMENT_TOKEN_TO_BE_REPLACED

Around 55% of workers said they felt that working in the office was more expensive, with around a third of those surveyed that the cost of working from home was around the same.

14% of those surveyed said that working from home was actually more expensive than heading into the work premises.

“More than half of respondents felt that working in the office is more costly than working from home," said Barry Cahill, Director of Taxback.com's Employee Financial Wellbeing Service.

"This stands to reason, as the expenses incurred going into the office every day can stack up pretty quickly – the cost of commuting is the obvious one, and probably the most significant, for most people, but there are also the costs of lunches, coffees, even “work clothes” adding to the bill. 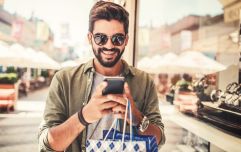 END_OF_DOCUMENT_TOKEN_TO_BE_REPLACED

"While far fewer people - 14% - felt that working from home was more financially demanding, there are no doubt still expenses incurred with a home office.

"For example, utility bills will be higher, particularly in the winter when the heating is on more.”

When asked about remote working hubs - repurposed buildings that provide desk space for remote workers - 25% of those surveyed said they hadn't heard of them before.

Of those that had previous knowledge of the hubs, 63% of respondents said they would use one if it was in their area. 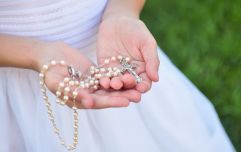 END_OF_DOCUMENT_TOKEN_TO_BE_REPLACED

“To date, the State has invested more than €100 million upgrading former banks, Garda stations and other disused buildings to convert them into remote working hubs," Cahill said.

"And if our survey is anything to go by, the demand for these facilities could do well to drive an even greater supply – be it from Government or private bodies.

“Work hubs could really come into their own in the wake of the pandemic as organizations in certain industries come to the realization that staff don’t always have to be on-site.

"They would also be beneficial for regional development and could really deliver for local economies, perhaps even feeding into addressing our rising property price issues.

"For example, if a person once based in Dublin can work from a hub in the West of Ireland, then this could open up opportunities for them in terms of home ownership.

"A quarter of respondents said that they didn’t know what these hubs are, which isn’t altogether surprising, but perhaps in 12 – 24 months they will become much more mainstream; if the survey is anything to go by uptake would be strong.”

popular
Seven more suspected cases of unexplained hepatitis in Ireland under investigation
Amazon Prime Video has just added 21 big movies to its library
Passengers warned that Dublin Airport situation is simply "unpredictable"
Tipperary woman banned from keeping dogs following animal cruelty conviction
Couple injured after alleged homophobic attack in Dublin
Russian soldier pleads guilty in first war crimes trial in Ukraine since its invasion
Derry Girls fans in bits following emotional season finale
You may also like
1 month ago
Three in five young people concerned they can't save for a house deposit
3 months ago
[CLOSED] COMPETITION: WIN a two-night stay at the luxury Trident Hotel in Kinsale Harbour
4 months ago
88% of remote workers would like to continue doing so once restrictions are lifted
4 months ago
SURVEY: WIN an amazing €200 One4all voucher!
5 months ago
Over half of Irish people expect a lockdown between now and Christmas
6 months ago
Job-seekers being “more selective” likely to lead to struggle to fill Christmas jobs this year
Next Page