PIC: Only in Ireland would you see a car’s tax and insurance discs replaced with religious symbols

The holiest car in Ireland?

Visit enough houses in Ireland and you’ll more than likely come across examples of religious symbolism, whether it’s in the form of figurines, statues or pictures of identifiable religious figures.

They’re not an uncommon sight in cars either, but it’s one thing having St. Christopher (the patron saint of travel) dangling from your rear-view mirror and a whole other thing replacing the tax, insurance and NCT discs on your vehicle with pictures of religious figures.

That’s the sight that greeted JOE reader Kevin Shields in Letterkenny this week, when, instead of the necessary documentation on the bottom right corner of the windscreen, he spotted images of Jesus, Mary and Padre Pio instead. 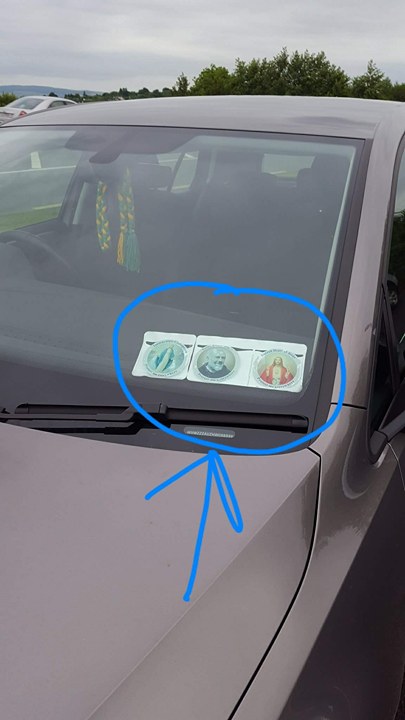 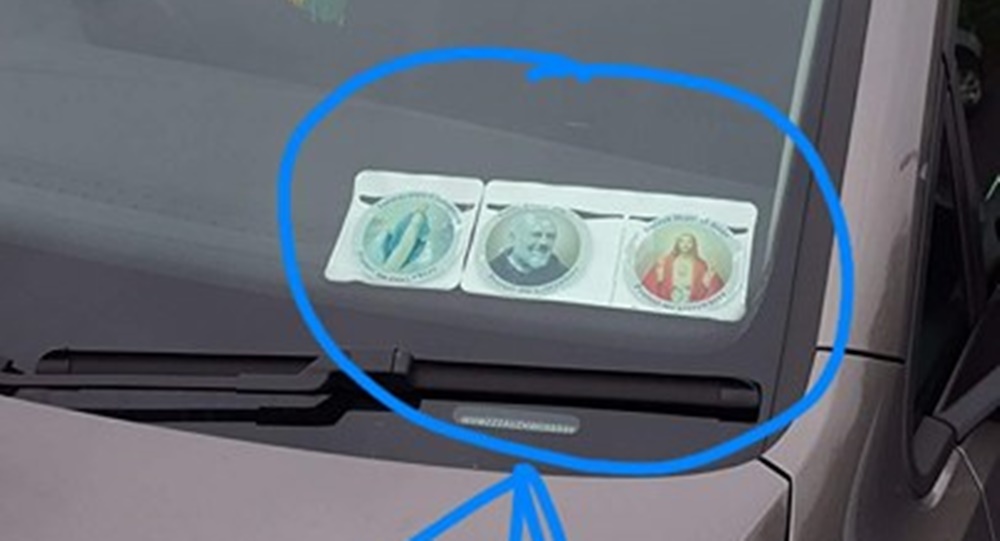 END_OF_DOCUMENT_TOKEN_TO_BE_REPLACED

Until the potential arrival of the Popemobile next year, this vehicle probably lands the title of the 'holiest car in Ireland'.

Powerful and all though they all are, we doubt any of them are going to get the driver off the hook at a Garda checkpoint anytime soon.


popular
The lineup for this week's Late Late Show has been revealed
QUIZ: Can you guess the pixellated movie posters?
QUIZ: Can you name all these European countries just from their vowels?
QUIZ: How many of these Recess characters can you name?
Man being treated for suspected case of coronavirus in Belfast
Met Éireann says there's a risk of snow for parts of Ireland this weekend
Star Trek: Picard mostly manages to boldly go where no Star Trek show has gone before
You may also like
2 months ago
25 of the funniest tweets you might have missed in October
2 months ago
WATCH: RTÉ raised their game with their Halloween reporting on Thursday
4 months ago
Comedian Josh Pray to stop making Irish-themed videos following online abuse
4 months ago
Four Irish entries in Cosmopolitan's top 30 most swiped Tinder accounts in Ireland and the UK
5 months ago
WATCH: American comedian Josh Pray is back with his reaction to All-Ireland final
5 months ago
WATCH: Referee forgets his whistle and has to use a harmonica instead
Next Page