OPINION: Trinity College's consent classes are important and do not demonise young men

Hannah Beresford is one Trinity College student tasked with putting together consent workshops for the university's students who'll start in September this year, and as she tells me to think of the classes like a fire safety talk, something strikes me as odd.

A 2014 survey of 1,038 students revealed that one-in-four female Trinity students had been sexually assaulted during their time in college. One-in-four. That is to say nothing of the one-in-20 men who reported the same. No building has to burn down before we have talks that tell people not to stick a fork in a toaster - how many people need to be sexually assaulted before a sex safety talk looks like a good idea? 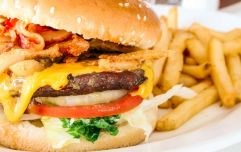 Deliveroo reveal the most popular dish for every Dublin college

END_OF_DOCUMENT_TOKEN_TO_BE_REPLACED

This is why, on Tuesday night, Trinity College's Student Union took positive steps to stifle the attitudes and behaviours that contribute to rape culture. They decided that consent workshops should be made mandatory for all students privileged enough to walk through that famous Front Arch.

And when you think about what that entails - probably an hour or two during Fresher's Week, in between being told how you can get a locker - it's hard to imagine that there's anyone out there who could stick their neck out and say "No. I don't want my son or daughter to be given advice on how to approach sex in such a way that nobody comes to any harm."

Today, the Irish Times ran an article by Fionola Meredith which argued exactly that. According to her, trying to teach 17 and 18-year-olds about respect and consent is "patronising", it "demonises" young men (though TCDSU have explicitly stated that the workshops will be mandatory regardless of gender), and that such classes would treat young men as latent rapists.

It's about manipulation, taking advantage of someone under the influence or in a vulnerable place! Plus it's geared towards both genders 2/2 END_OF_DOCUMENT_TOKEN_TO_BE_REPLACED

Meredith contends that the way to improve this sorry state of affairs is not to "diminish" and "patronise" young men. Sure, they’ve just come out of school where they had no choice in how they dress, cannot speak to their teachers as if they are on a level, and have to prove their worth through the glorified memory test that is the Leaving Cert - but don’t dare talk to them about respecting somebody’s right to say “No”, because that’s when things get patronising.

Furthermore, there are no grounds to say that consent workshops treat all men as latent rapists any more than a fire safety talk treats all student as latent arsonists.

That’s without even getting into the assumption that these lessons will even be patronising. The chances are, when given a chance to discuss something that truly affects them, students will engage. Students love to talk. Students love to think. They are students for precisely that reason.

Secondary-schoolers across the country are forced to study things of no personal consequence whatsoever - long-shore drift, ring forts, An Modh Coinníollach - why on earth, once there’s a plan in place to teach something that could, potentially, maybe, help our young people learn how to help themselves and others, must we try to tear that down?

Meredith acknowledges that at 17 and 18, boys and girls might not know everything they need to know about sex and consent, but ignores the fact that letting them work it out on their own, with no guiding hand, has had one very grim consequence. Say those words to yourself again: "One in four."

The classes are also aimed at helping guys and girls to confidently articulate their consent or deal with a partner who won't hear "no". 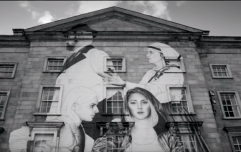 END_OF_DOCUMENT_TOKEN_TO_BE_REPLACED

If these classes change the perspective of ten, or five, or even one young man or woman, and prevent one case of sexual assault so that one person out there doesn't carry that pain with them for the rest of their life - then these classes worked. Attitudes do not change en masse, and any fight against rape will be won case by case, man by man, woman by woman.

Evidently, Meredith thinks the way to improve this state of affairs is to allow students to “negotiate and define their boundaries for themselves”, that we must treat women as "morally autonomous" - as if when someone gets raped, it is because she has failed to exercise her "moral autonomy."

Sex is not a negotiation. Sex is not a case of someone starting at “No” while you try to slick talk her into a “Yes”. Not sometimes, not once, not ever. Fionola Meredith fundamentally misunderstands what is important when talking about sex and consent. Of all the things in the world we should place at the feet of an 18-year-old boy and say 'Work it out for yourself', consent is simply not one of them.

Now if only there were some people out there willing to provide a class of some kind on the matter.

The Big Reviewski || JOE · The Big Reviewski with Andy Serkis, Squid Game follow-ups & the return of Succession
popular
Brian Laundrie: 'Strong probability' remains found belong to missing fiance
QUIZ: Can you name all the countries beginning with L?
Socially distanced queues at bar counters expected to be allowed under new guidelines
How to lower your cholesterol - 5 really handy tips
WATCH: Micheál Martin and Danny Healy-Rae had an almighty row in the Dáil
Here's the lineup for this week's Late Late Show
The cast of Succession on the most ridiculously expensive scene in the show
You may also like
6 months ago
Trinity College's hottest fox couple welcome new cubs to their family
1 year ago
Second case of coronavirus confirmed at Trinity College
1 year ago
All Trinity College lectures to be held online for the remainder of this semester
1 year ago
Case of coronavirus confirmed in Trinity College Dublin
2 years ago
Trinity College falls 44 places in World University Rankings
2 years ago
'He didn’t even know that he was allowed walk through Trinity' - Jordanne Jones on class divisions in Ireland
Next Page