“The time is right to exit stage left.”

Paul Collins, well known for his coverage of sport on Today FM for two decades, has announced his departure from the station.

In a statement on Monday morning, Collins said that “the time was right to exit stage left and focus on further developing my own video content business”.

Tipperary native Collins has been at Today FM for over 20 years, starting off as a daily news editor for two years before moving into sport. His voice will be very familiar to those who tuned into Today FM on early weekday mornings, as well as on the Championship Sunday show on big GAA weekends in recent years.

Collins paid tribute to Today FM listeners and a number of colleagues past and present in his statement, singling out Ian Dempsey and Mario Rosenstock “for the laughs each and every day together”.

You can read his statement in full below. 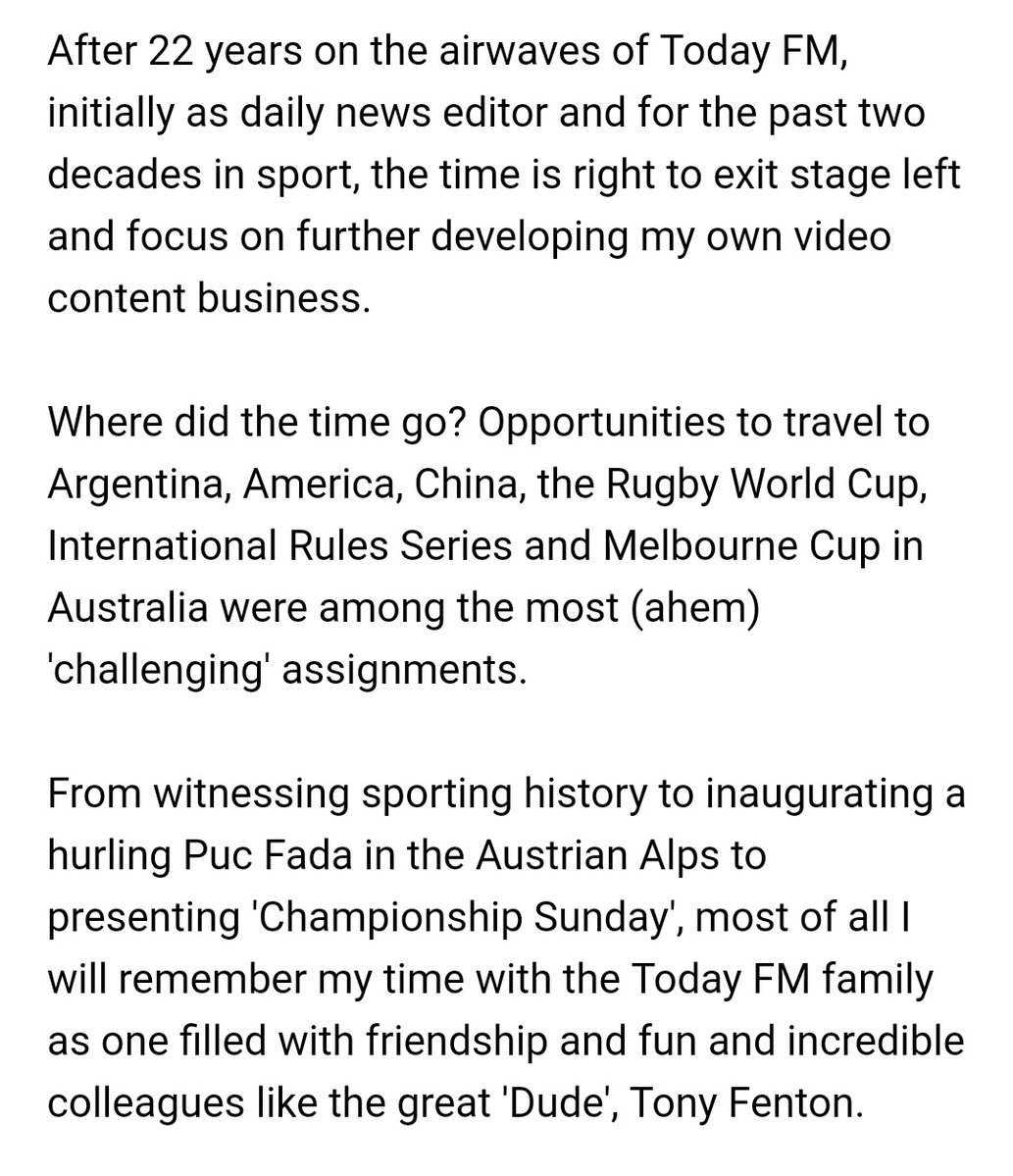 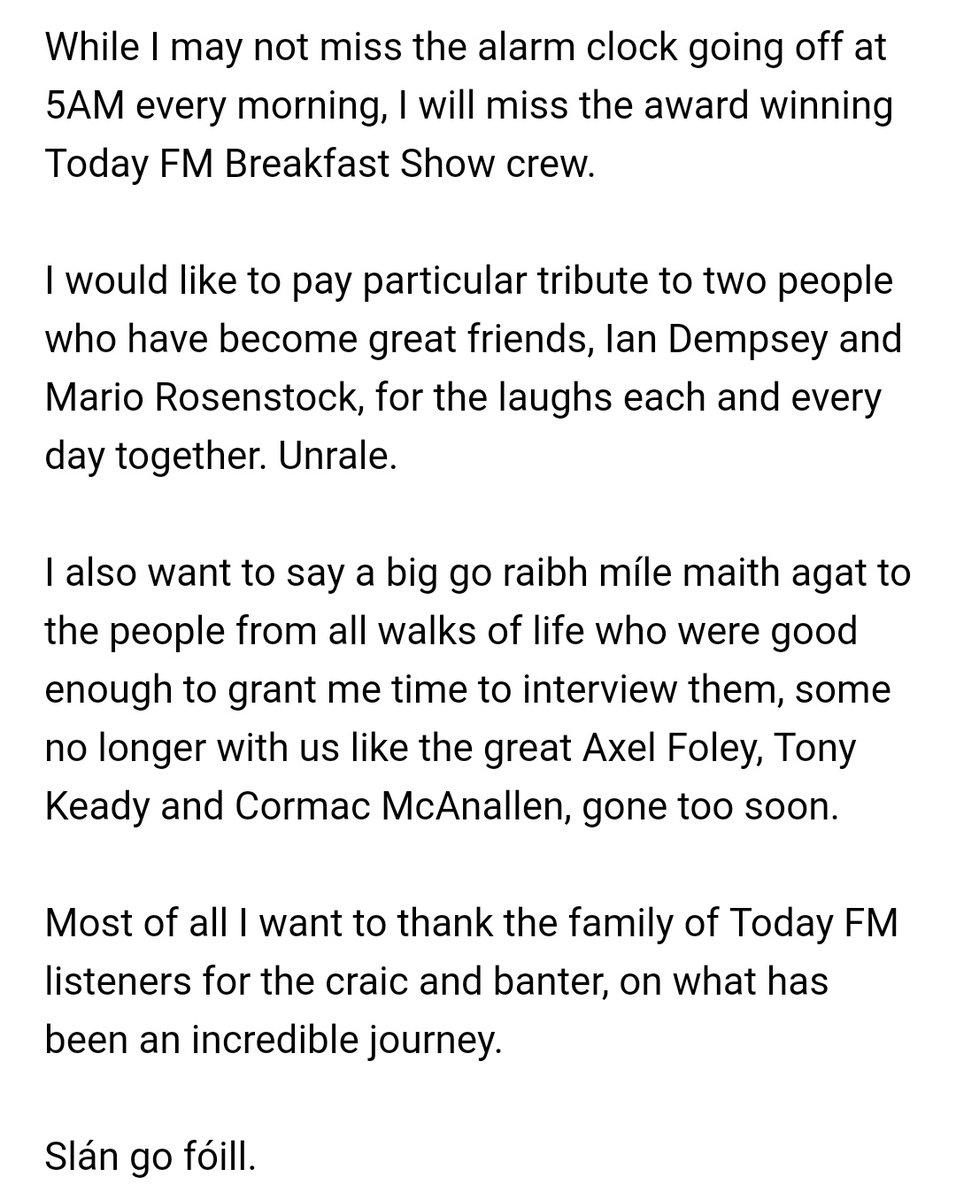 
popular
WATCH: For the first time since 2011, someone has won the Winning Streak jackpot of €500,000
QUIZ: How well do you know Will Smith's movie career?
The JOE Friday Pub Quiz: Week 174
Kevin Costner wants to make an epic film about the life of Michael Collins
15 films from the last 15 years that legitimately deserve to be on the Leaving Cert
QUIZ: How many of these Disney Channel TV shows can you name?
Paddy Holohan has been suspended from Sinn Féin with immediate effect
You may also like
4 months ago
Greg O'Shea announced as new co-host for 2FM's Breakfast Show
4 months ago
Muireann O'Connell nominated for two IMRO awards two months after Today FM exit
5 months ago
Today FM are changing their lineup as presenter says she's been 'fired' from the station
7 months ago
The return of The Ryan Line on 2FM went down a treat with listeners
7 months ago
Gerry Ryan's voice will return to RTÉ 2FM in an hour-long special today
8 months ago
Jenny Greene returns to 2FM as they announce major changes to their programming
Next Page