PIC: Every man in Mullingar is living in hope after Selena Gomez posted this on Facebook

If you ask any Irishman who he'd like to meet under the mistletoe or shift outside his local nightclub at 3am this Christmas, Selena Gomez would be high on the list.

The former Disney star is one of the most beautiful and talented pop stars in the world and it turns out she has a soft spot for men from a town in Ireland.

She posted this Facebook last night and men in the midlands have started to dream.

I have a serious thing for mullingar guys... @nickyc9 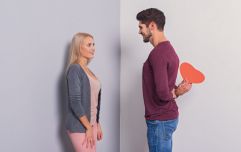 END_OF_DOCUMENT_TOKEN_TO_BE_REPLACED

Yes, Selena Gomez has a thing for Mullingar men.

It's probably something to do with her friendship with One Direction star Niall Horan, the guys in the photo are his buddies from Westmeath.

Or else she spent a night in Mojo's Nite Club and met some of the most charming men on the planet. It's hard to say.