Pic: Kanye West wants you to pay over €300 euro for these new adidas Yeezy runners

When Kanye's not trying to pull a Kanye he turns his attention to designing shoes. 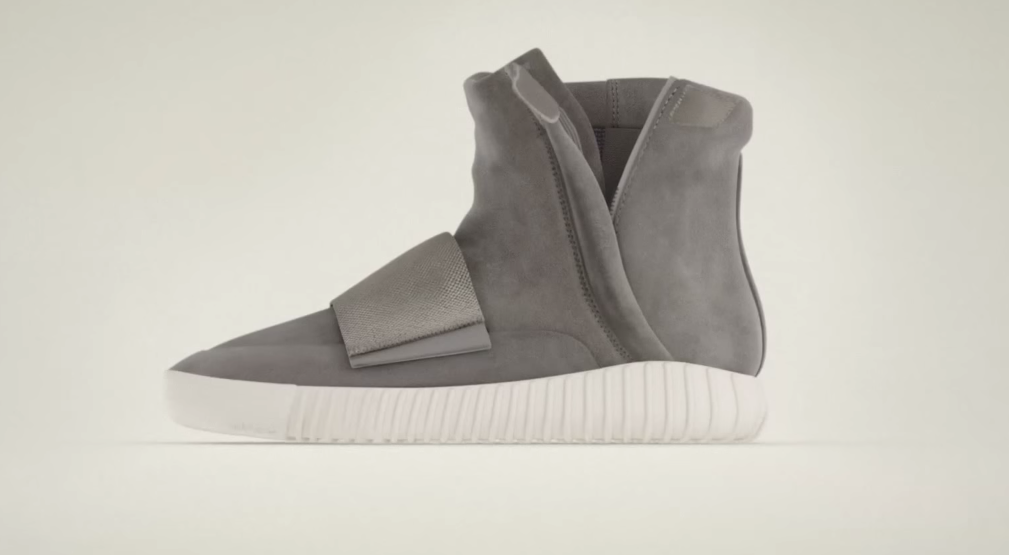 END_OF_DOCUMENT_TOKEN_TO_BE_REPLACED

If you like the look of these runners, which remind us of a mix between slippers your missus might wear and those Velcro shoes your ma would buy in Dunnes Stores for you back in the day, then there’s some welcome news.

Adidas announced that the shoes would get a worldwide release on February 28.

#YEEZYBOOST drops in NYC on February 14th, and worldwide February 28th at our Flagship Stores and select Consortium. pic.twitter.com/Lj1fNWNPrf

According to adidas the Yeezy 750 Boosts feature a ‘dynamic strap’, ‘perforated vamp’, ‘minimized construction’ and ‘full length internal boost’… Whatever that means.

The Big Reviewski || JOE · TBR Spotlight: Loki - Episode Two - 'The Variant'
popular
Dominic Cummings reveals "texts from Boris" calling Matt Hancock "f**king hopeless"
Public warning issued as large male boar is on the loose in Kerry
Warning issued over nationwide 087 phone scam where callers pretend to be Gardaí
Piers Morgan hits out at Ikea as it becomes latest brand to pull advertising on GB News
There are four big movies arriving in Irish cinemas this week
The 50 most iconic songs of all time* have been revealed
The Spanish-language credits may have given away the true identity of Loki's villain
You may also like
9 months ago
QUIZ: Do you know the names of these classic trainers?
10 months ago
New Irish fashion label seeking ‘burly’ male model to be the face of the brand
1 year ago
Aer Lingus unveil brand new uniform for flight attendants
1 year ago
Nine outfits you have definitely seen men wear on a night out in Ireland
2 years ago
These 'shoe condoms' could be just what you need this festival season
2 years ago
PICS: The new male and female Garda tracksuits will be a big hit this summer
Next Page