We’re not sure about you, or DeadMau5 for that matter, but if we owned a €180,000 supercar that was capable of doing 0-100kph in under three-seconds we certainly wouldn’t cover it in a vinyl wrap that looks to have been designed by a cat/pop-tart loving, Japanese schoolgirl. 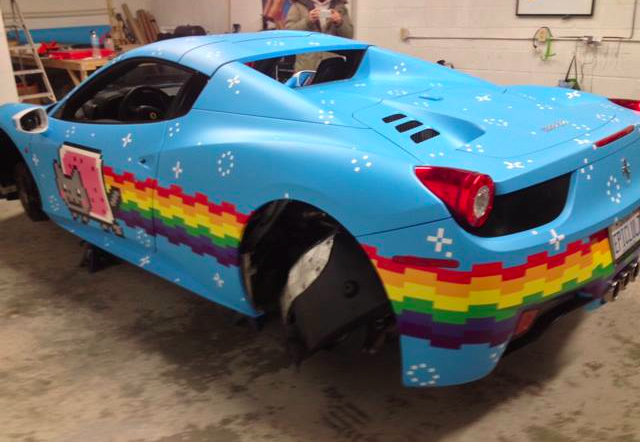 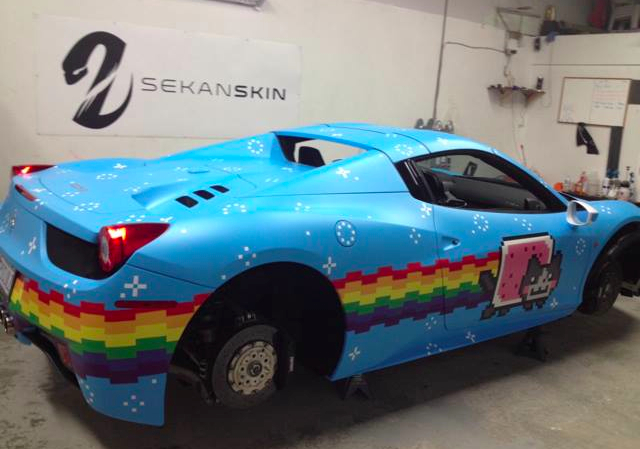 END_OF_DOCUMENT_TOKEN_TO_BE_REPLACED

The vinyl wrap is a homage to one of YouTube’s most watch videos, the ‘Nyan Cat’, and it was painstakingly applied by the lads at Sekan Skins in Canada.

We’ve featured the video in question below, just in case you never heard of it (or its 105,896,605 views), but the question still remains… why, DeadMau5? Why?

At least he'll know where he parked it if he ever goes shopping in Liffey Valley.

popular
Thunderstorms and heavy rain to end Ireland's current heatwave
The JOE Friday Pub Quiz: Week 307
Record for hottest August day in Ireland ever has now been broken
Anne Heche dies one week after car crash, aged 53
WATCH: Flight makes scary 'lowest ever landing' at Greek airport, narrowly avoiding plane spotters
A great underseen action thriller is among the movies on TV tonight
An exciting Irish crime thriller is among the movies on TV tonight
You may also like
1 month ago
Aldi reveals locations for 41 new electric vehicle charging points throughout Ireland
1 month ago
It costs an average motorist an extra €750 to fill a petrol car compared to last year
4 months ago
QUIZ: How many of these questions on the Driver Theory Test can you answer correctly?
7 months ago
QUIZ: Can you guess the meanings of all these dash symbols from your car?
7 months ago
These were the most viewed cars in Ireland
11 months ago
QUIZ: How well do you know your car logos?
Next Page