Pic: Mayo man catches an image of a meteor breaking up over Castlebar

This is very impressive indeed.

It's not every day something like this is captured so well, so fair play to Colin Redmond who captured this meteor breaking up and exploding over the skies of Manulla, County Mayo on Friday night. 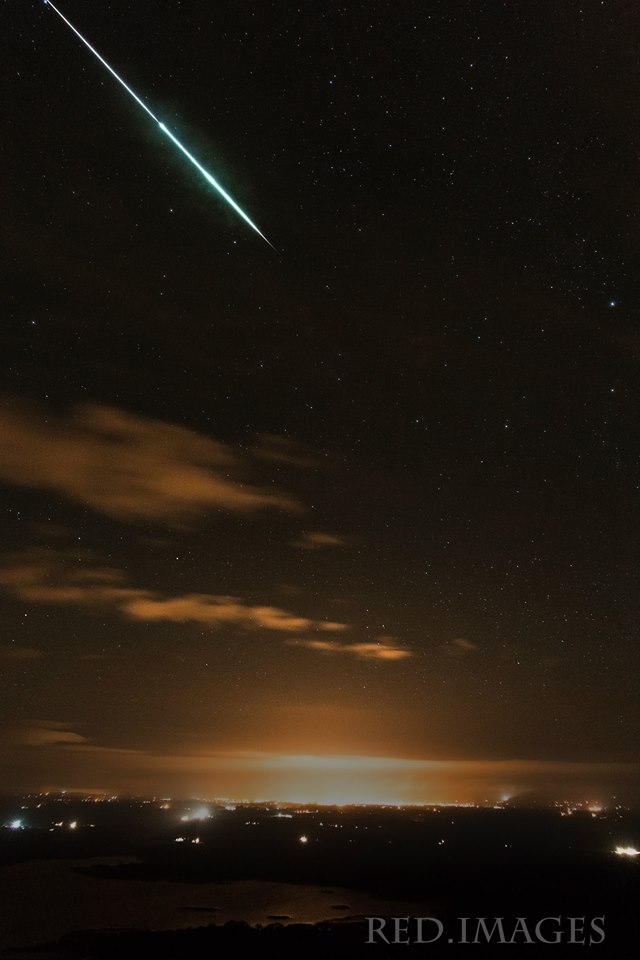 END_OF_DOCUMENT_TOKEN_TO_BE_REPLACED

He explains: "Every so often you get a "lucky" shot and this is one of them.

"I was up on Crucspullagadaun in Manulla last night attempting to do some astro photography when, just as I started a 15 second shot, this meteor came across the sky at 11.45pm and lit the place up. It also gave an audible bang as it broke up.

"The lit up area on the ground is Castlebar."

popular
The "eighth best movie ever made" is among the movies on TV tonight
One of the best films of all time is among the movies on TV tonight
Jennifer Lawrence sparks controversy by saying she was the first woman to lead an action movie
Mia Khalifa claims seaside town is better than Miami
Met Éireann updates weather warning for entire country as temperatures set to fall to -6
QUIZ: JOE’s Big News Of The Day Quiz #27
The start of the superhero takeover of Hollywood is among the movies on TV tonight
You may also like
3 months ago
Massive 130ft superyacht sinks off the coast of Italy
6 months ago
Johnny Depp case: Man who went viral on TikTok claiming to be a juror admits it was a 'prank'
9 months ago
WATCH: Russian soldier loses fight against door
11 months ago
Video shows Taiwanese army practicing urban warfare in front of mock Dublin pub
1 year ago
Priest blesses local nightclub in the most Donegal thing imaginable
1 year ago
Make "No Bones" about it - this dog has taken over TikTok
Next Page